The betting company owned by Oloye Akin Alabi took to twitter to announce the controversial former housemate as its now ambassador with pictures of the star, and the caption: OFFICIAL: Thank you @Official_CeeC for joing @NairaBET team! #BBNaija #CEEC #Nairabetgopay 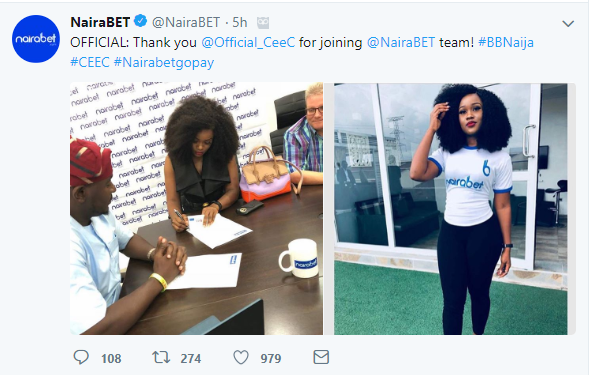 Cee C also took to her Instagram to announce the good news to her teeming fans.

She said: The most powerful thing you can do right now is to be patient while things are unfolding for you .

Another one in the bag, I love my new family!!
Thanks @officialnairabet, looking forward to an amazing relationship.

Spartans!
There’s no Ceec without you guys, I’m humbled.
I love y’all??? 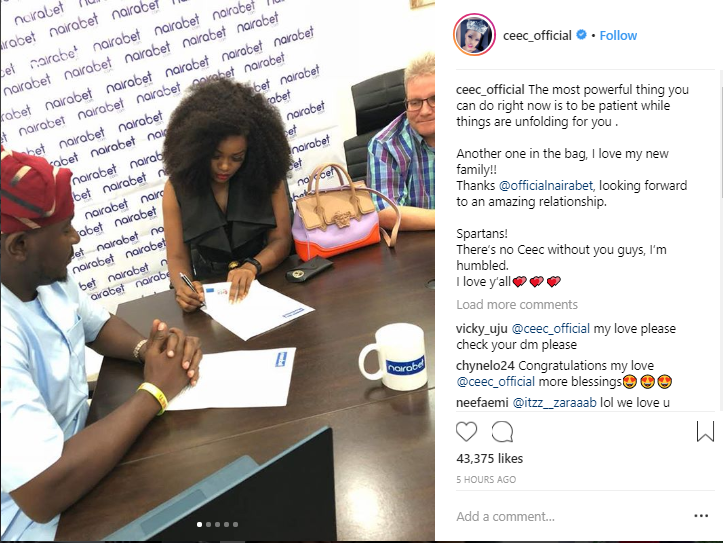