The Note 5 is the latest device launched by Infinix Mobility under the Note series. It comes in two variants which is the Note 5 and Note 5 Pro with features specifically made to suit the smartphone demands of users and enhance tech intelligence amongst them. 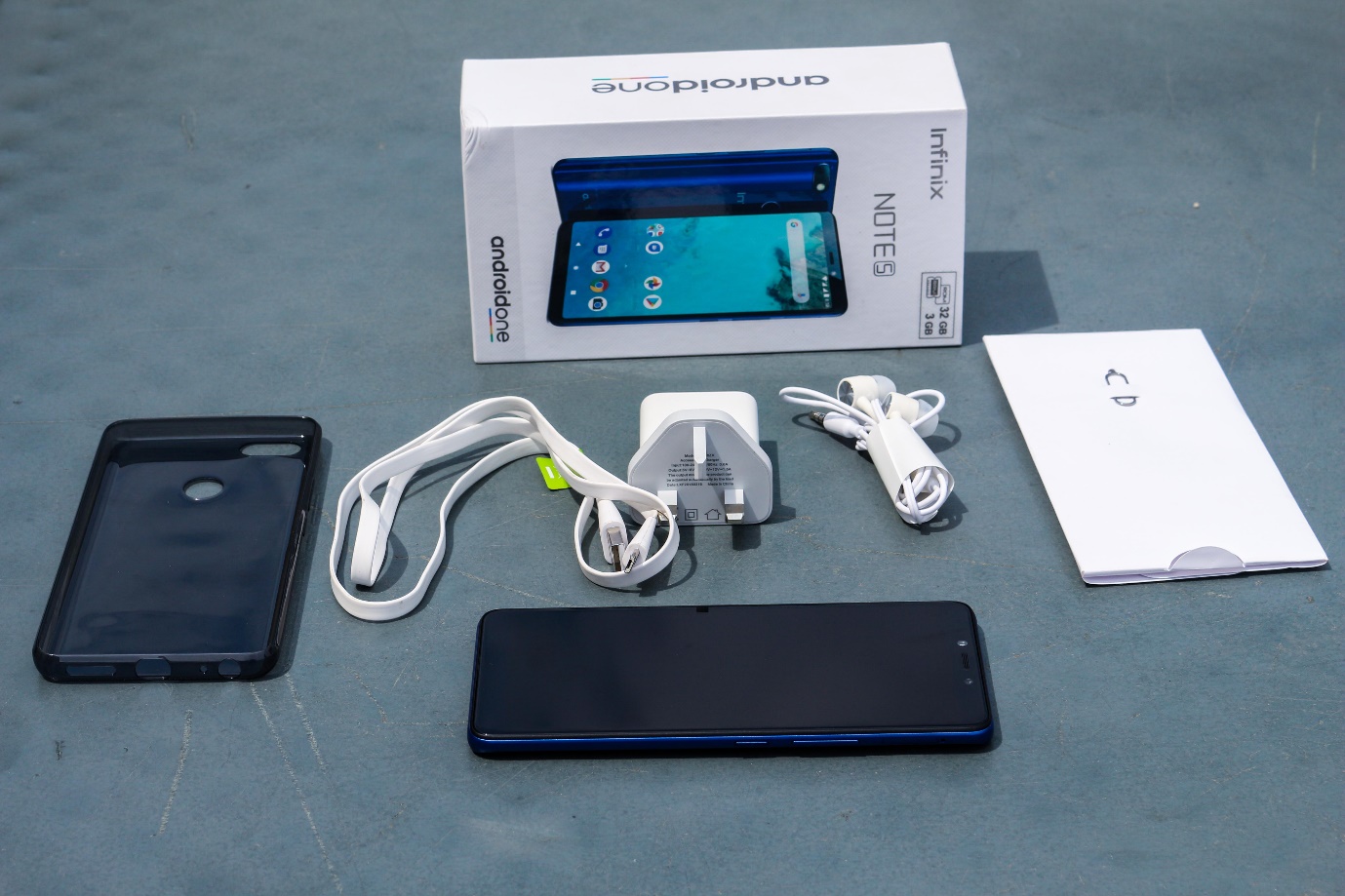 What is In the Box?

Before delving into the first hand feel of the device, let’s take a look at the major features of the Infinix Note 5.

The first thing that readily strikes you about the Note 5 is design of the device. The Note is sleek, the mirror finish at the back and the edge-to-edge display gives it a premium look with the front 2.5D glass and metallic build. We love the design and build quality of the Note 5. 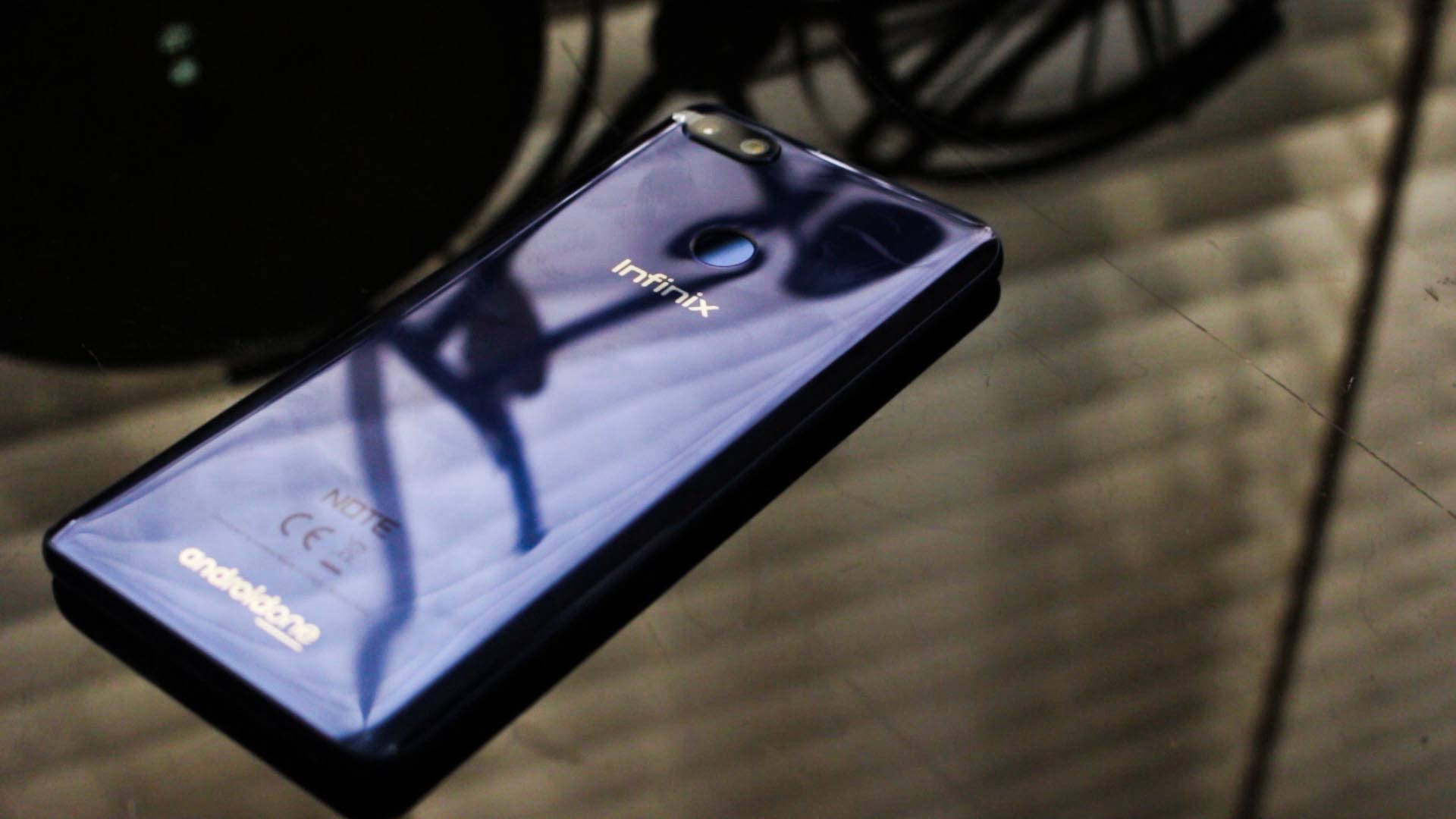 The Note 5 device has a 6.0 FHD+ screen with an 18:9 aspect ratio that makes the size just appropriate. From the first few minutes I spent trying to get accustomed the entire feel of the screen display, it didn’t at any point feel overly unfamiliar or difficult to get around. The screen was promptly responsive, the colours are executed so well on the device. 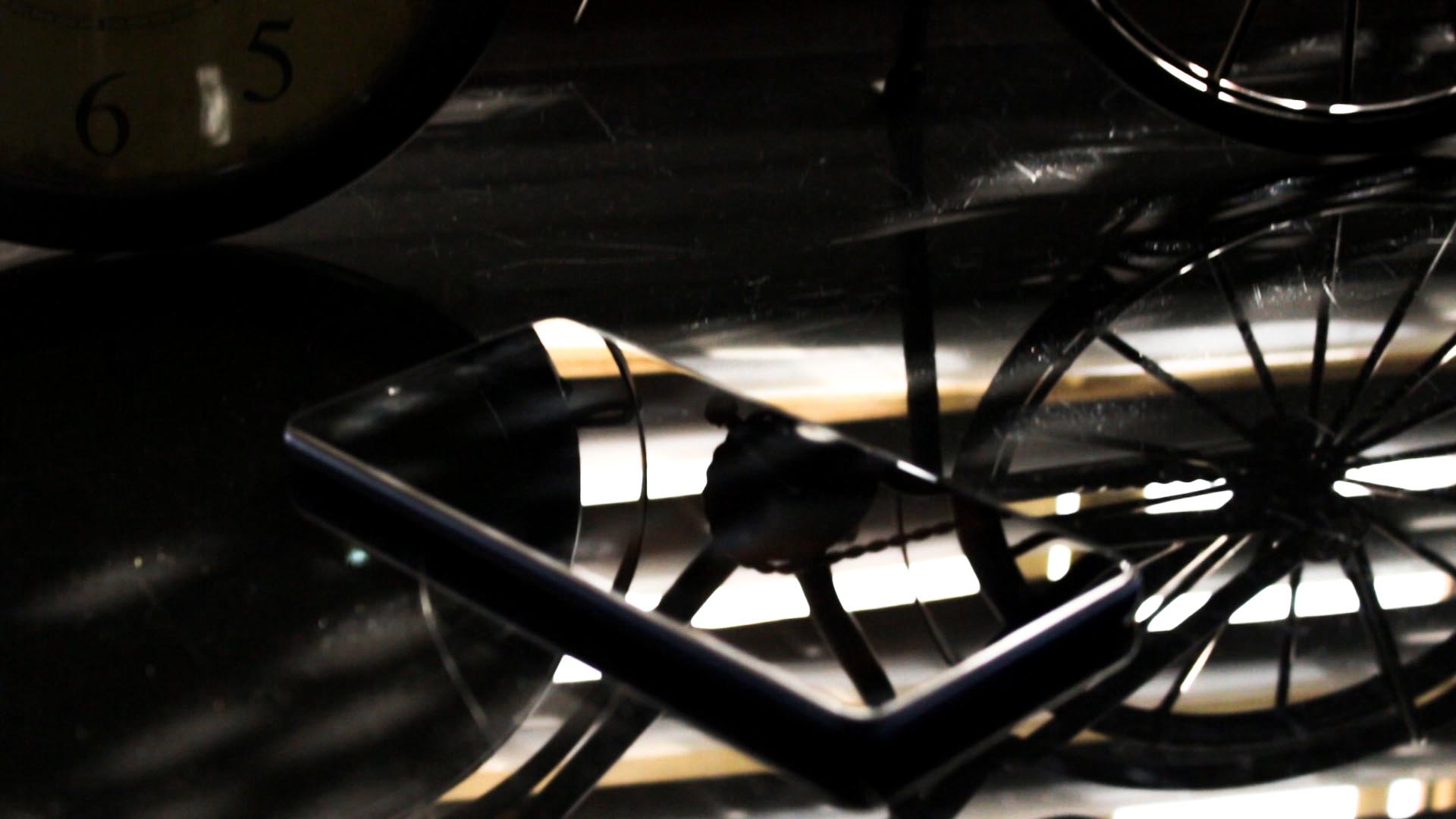 The usual ports and buttons are included, and these are the power and volume keys on the right side, the headphone jack, microphone, Micro USB port and speaker grille on the bottom and the SIM card tray on the left. The power button is textured for easy identification even when you are not looking at it. The SIM and MicroSD tray can accommodate two SIM cards and a MicroSD card simultaneously. 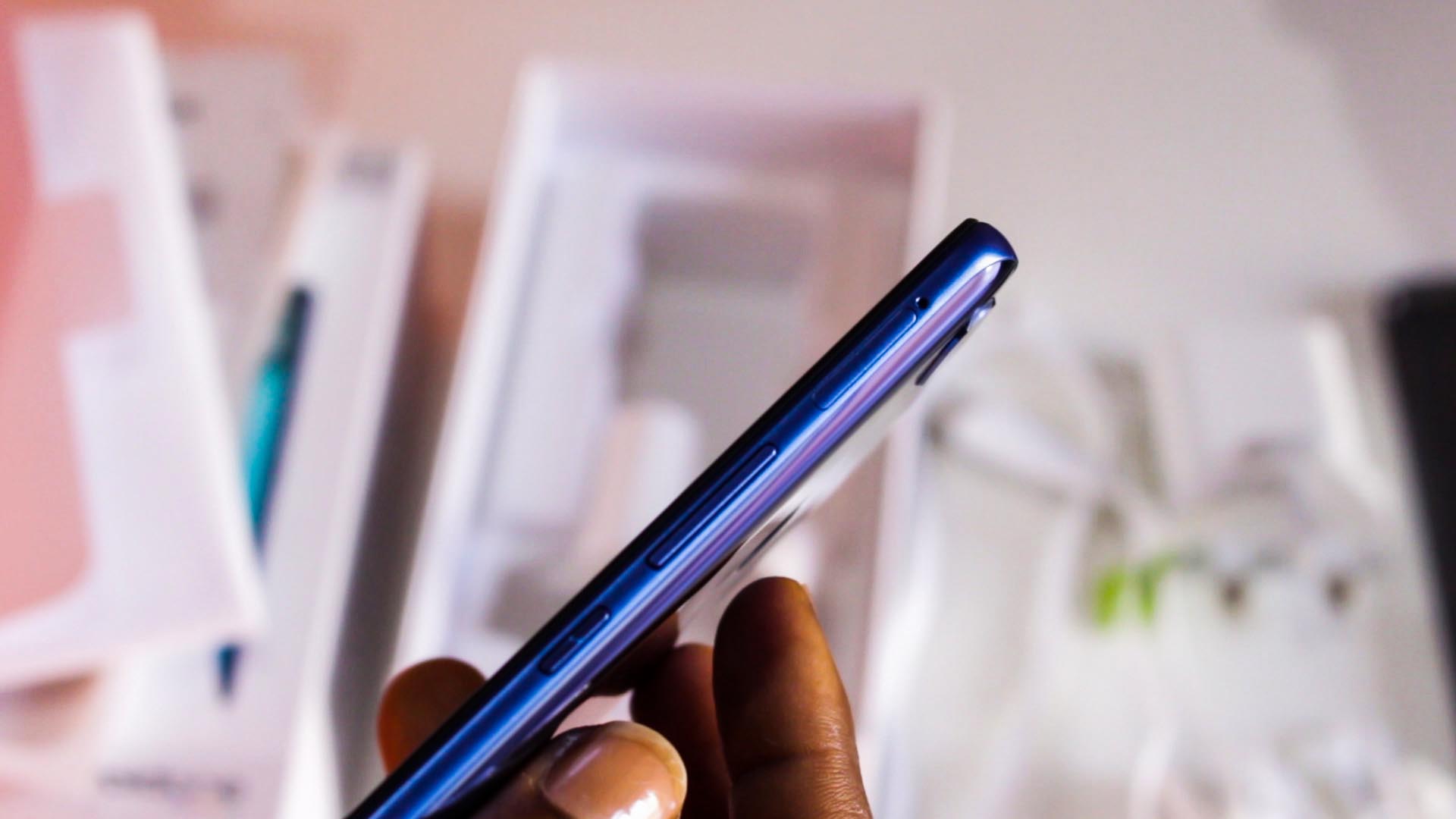 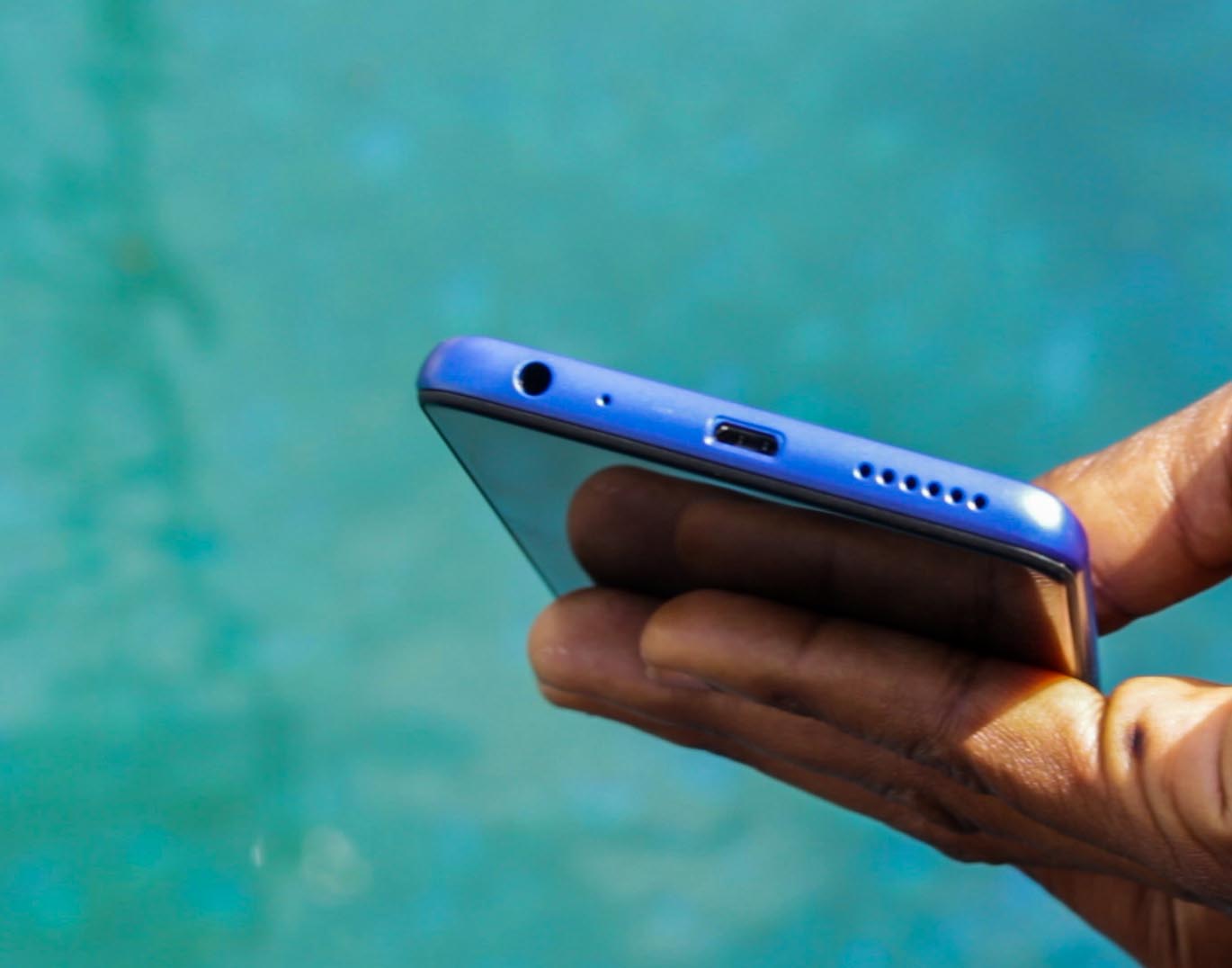 About the cameras, there’s an 12MP large pixel camera and 16MP low light selfie camera which are both supported by Artificial Intelligence, thanks to the Android One OS. The camera menu looks easy to use and comes with several preinstalled camera modes. However, this section would be put to test extensively soon enough. 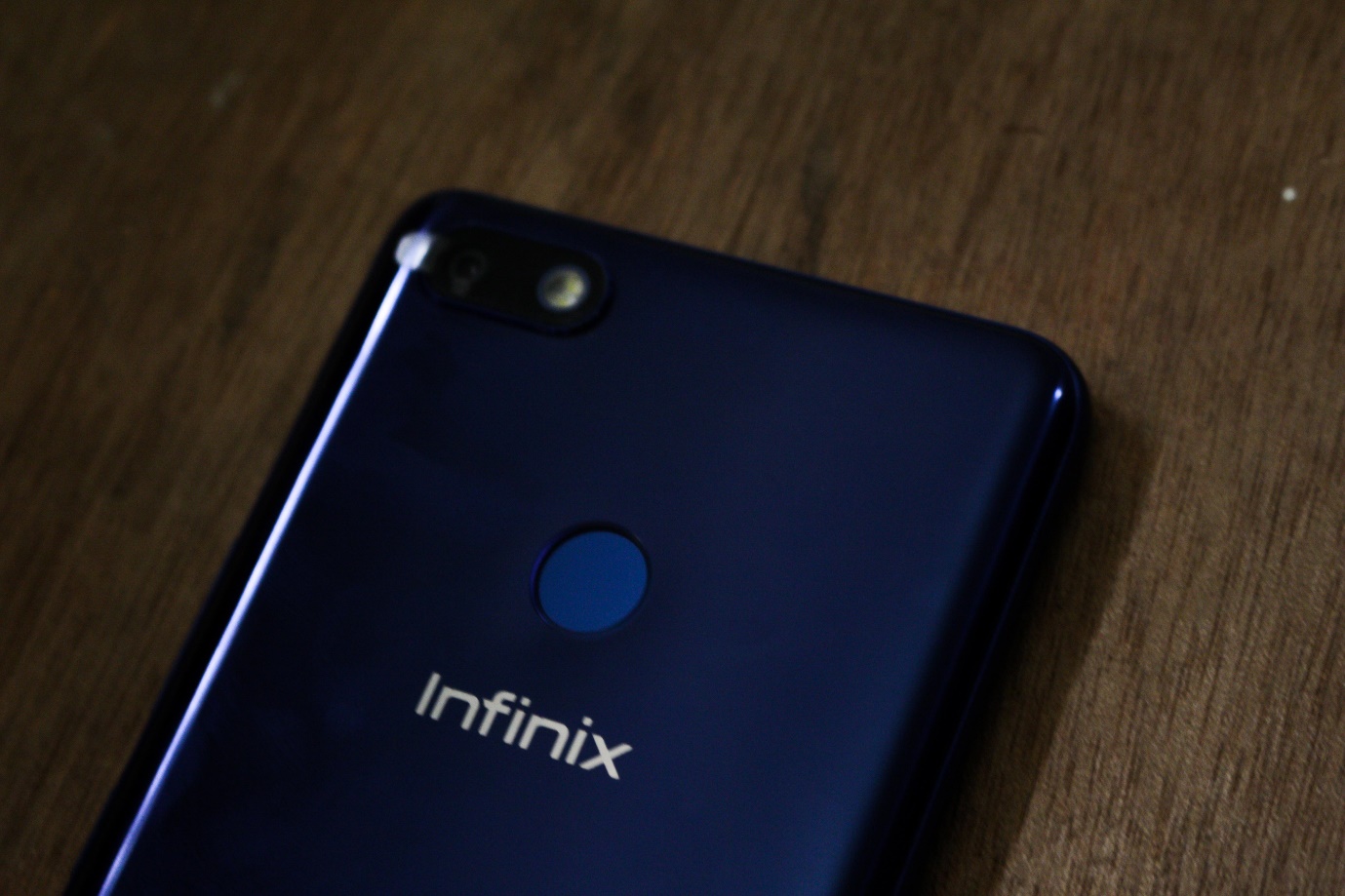 As for the software, the Note 5 comes with Android One 8.1 OS. It is smooth as you’d expect, also thanks to the 3GB RAM. There’s an internal storage of 16GB RAM which can be expanded to 128GB RAM via a micro SD card. 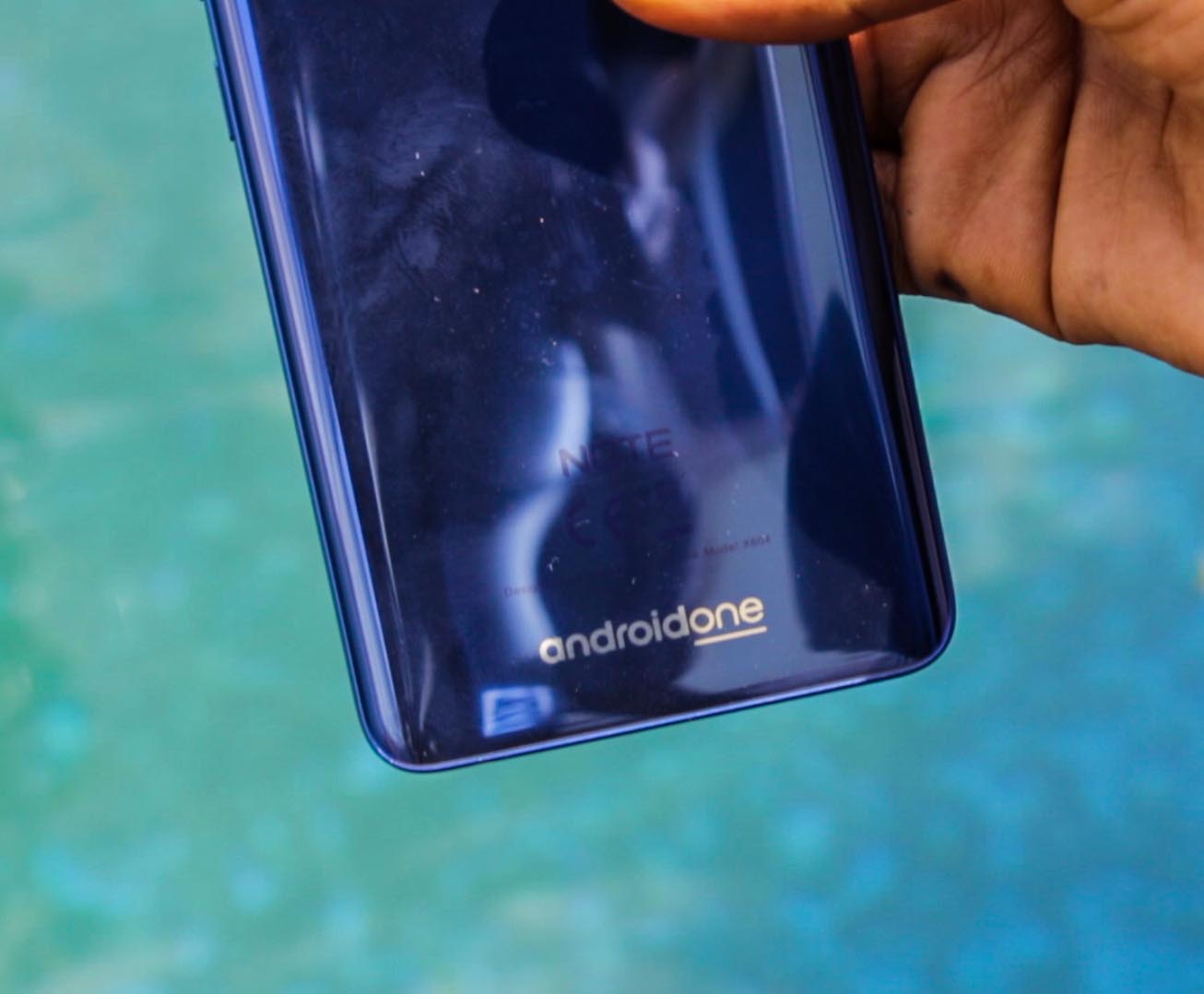 The Note 5 comes in another variant called the Note 5 Pro with so many more splendid features. Yeah and one last thing about the Infinix Note 5 is the battery, you get a massive 4,500 mAh, it can supposedly last three days on a single charge. This and more would be put to test over the coming weeks in a more detailed performance review.