Later today, the Super Eagles have a date with history.  They have two choices.  If they fail, they would be remembered as the team who wowed the world with its iconic; beautiful jerseys with its pop culture reference, but a sporting failure.  If they win and somehow qualify, then they become a team that used the beauty of its apparel as a springbox in its chase for glory.

Simply put, its either embarassment or immortality.

In their first game, the Eagles look physically tired, mentally fragile, and tactically unprepared, to put it mildly. The Croatians didn’t particularly play well, they didn’t have to. The Eagles were that poor that they didn’t need to leave first gear to win easily.  Having played themselves into a corner, the Nigerians cannot afford to have another bad performance. 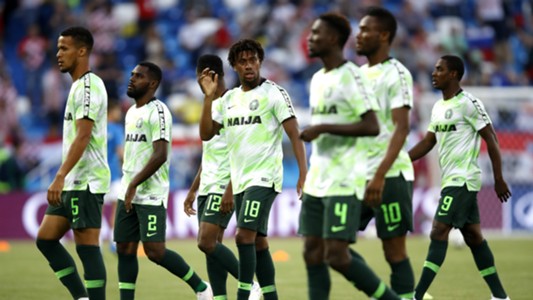 Their opponents today will test their readiness for this level. The Icelandic team might be full of semi-professionals, but they make up for it with willing heart and a perfect blend of defensive concentration and relentless pressing when they don’t have the ball.  The Eagles will need to take their few chances – they won’t have many.

All over the world, the Nigerian Jersey made them every Neutral’s favorites coming into the tournament; it is time for their performance to live up to the hype. They surely have it in them.

Will the Eagles soar?

They sure have it in them. And here’s hoping the Super Eagles show up – for country and for the culture. And for everyone all over the world that bought the jersey and a dream. And importantly too, for us to, in Olamide’s voice, chorus together, arms in the air – Issa Goal.