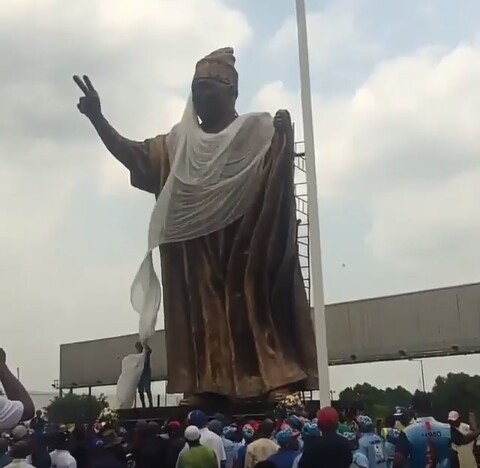 The statue is located at Alapere Area of Ketu, towards Third Mainland Bridge. All the states in South West Nigeria declared today Tuesday, June 12 as public holiday. Osun, Ogun, Oyo, Lagos and Ondo state.
In Oyo state, the State Commissioner for Information, Culture and Tourism, Mr. Toye Arulogun, said the declaration by government was to commemorate the 25th anniversary of June 12 1993 election generally and widely believed to have been won by late business mogul, MKO Abiola.

In Ondo State, Governor Rotimi Akeredolu a town hall assembly will hold at the International Culture and Events Centre (The Dome).
Speaking on channels television yesterday, late MKO Abiola’s daughter, Rinsola Abiola, says she knows her father will be happy wherever he is, over the honour bestowed on him today. 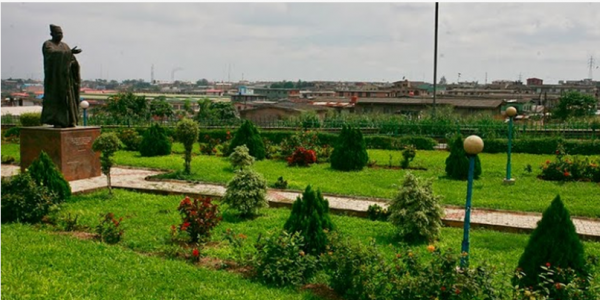 FULL LIST OF NAMES, AGES AND CLUBS OF PLAYERS IN THE NIGERIAN TEAM IN RUSSIA