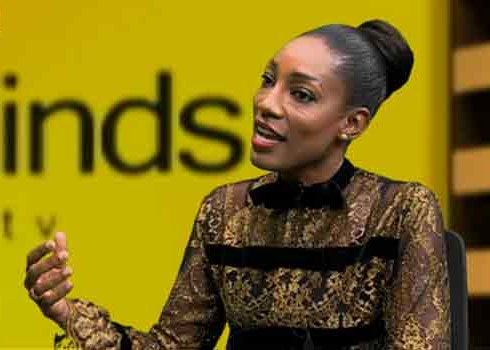 Tundun Abiola, the daughter of the late Chief MKO Abiola, the presumed winner of the June 12, 1993 presidential election, has slammed Kogi lawmaker, Senator Dino Melaye, for his opposition to President Muhammadu Buhari’s decision to confer a post-humous award of Grand Commander of the Order of the Federal Republic (GCFR) on her father.

After the president announced the decison in a press statement on Wednesday, June 6, 2018, Senator Melaye argued during plenary in the upper legislative chamber of the National Assembly that Abiola cannot be awarded the honour because he’s dead, and therefore no longer a Nigerian.

“A dead man is not a citizen of Nigeria and can’t receive the award,” he said.
To support his position, Melaye had argued that the honour bestowed on Abiola was not in accordance with the provisions of the National Honours Act; hence, against the law.

He said to make Abiola, who he praised, deserving of the honour, the government should amend the National Honours Act.

In response to Melaye, Tundun, a lawyer, said her father gave his life for the lawmaker to enjoy the dividends of democracy that allows him to say whatever he wants.

“If we were still under the military, would he be able to do that? This is the beauty of democracy. Any honour that can be given should be given, and he is a Nigerian. It holds no water, Dino Melaye’s argument.

“He has every right to make an argument, this is the role of the opposition in a robust democracy and he’s doing that, but, for goodness’ sakes, let the argument be logical and sensible.

“Is he going to propose that somebody like Awolowo who’s also a GCFR holder should be stripped of his title because he’s died? I mean, it’s ridiculous!”

“Moral indignation is also a part of human nature but that’s not what I’m hearing from Mr Melaye; he’s just being petty in the guise of moral indignation,” she said.