President Muhammadu Buhari has declared that effective from 2019, Nigeria’s Democracy Day, marked every May 29 for the past 18 years, be shifted to June 12 to honour Moshood Abiola, the winner of the 1993 presidential election. 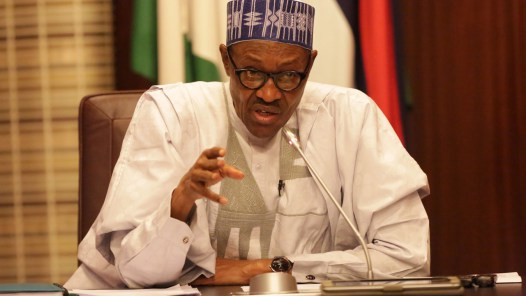 Election data showed Mr Abiola won the polls but he was never formally declared winner and was not sworn into office by the military government of Ibrahim Babangida.

Mr Abiola was later imprisoned by the Sani Abacha’s military regime as he struggled to actualise his mandate. He died in prison in 1998.

Successive governments have brushed aside calls for Abiola to be honoured and for the federal government to recognise June 12 as democracy day.

The Buhari government also said Mr Abiola will now be conferred with the Grand Commander of the Federal Republic, GCFR. The honour is exclusively conferred only on presidents and former presidents.

The government also said Mr Abiola’s running mate in that election, Babagana Kingibe, is to be conferred with the second highest honour of the Grand Commander of the Niger, GCON.

Also to receive a GCON is the late Nigeria’s foremost pro-democracy activist, Gani Fawehinmi.
A statement by the presidency reads:
“For the past 18 years, Nigerians have been celebrating May 29th, as Democracy Day. That was the date when for the second time in our history, an elected civilian administration took over from a military government. The first time this happened was on October 21st, 1979. But in the view of Nigerians, as shared by this Administration, June 12th, 1993, was far more symbolic of Democracy in the Nigerian context than May 29th or even the October 1st,”.
June 12th, 1993 was the day when Nigerians in millions expressed their democratic will in what was undisputedly the freest, fairest and most peaceful elections since our Independence. The fact that the outcome of that election was not upheld by the then military Government does not distract from the democratic credentials of that process.

“Accordingly, after due consultations, the Federal government has decided that henceforth, June 12th will be celebrated as Democracy Day. Therefore, Government has decided to award posthumously the highest honour of the land, GCFR, to late Chief MKO Abiola, the presumed winner of the June 12th 1993 cancelled elections. His running mate as Vice President, Ambassador Baba Gana Kingibe, is also to be invested with a GCON. Furthermore, the tireless fighter for human rights and the actualization of the June 12th elections and indeed for Democracy in general, the late Chief Gani Fawehinmi SAN is to be awarded the GCON.

“The investiture will take place on Tuesday June 12th, 2018, a date which in future years will replace May 29th as a National Public Holiday in celebration of Nigeria Democracy Day.”