CONFUSION AS FRANCE’S MALIAN HERO IS TORN IN BETWEEN REMAINING IN FRANCE, OR GOING TO THE ARMY IN MALI

A Malian migrant in France is currently trending on social media for climbing a four storey building to save the life of a small boy.

The 4 yr old boy had left Réunion, the French Indian Ocean island, where his mother and grandmother live, only three weeks ago for Paris to join his father, who works in the capital. His mother and the couple’s second child were due to join them in June. 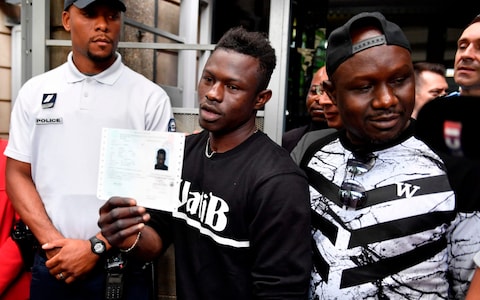 The four-year-old’s father, then left him in their flat to go shopping, staying out longer than planned. Before his return, the boy had tried to fly like spiderman, almost falling off a four storey building.

The boy’s mother told Antenne Réunion that the boy’s father, who us currently facing charges, had little experience looking after him on his own and that this was not the first time he had left him alone.
In her words:
“I can’t justify what my husband did. People will say it could have happened to anyone and it has happened to other people. My son was just lucky,”

The family of a small boy in Paris have however expressed heartfelt thanks to the Malian migrant who saved him.

The daring rescue, which has earned him the nickname of Spider-Man, saw the Malian migrant, Mr Gassama become an overnight national hero and he was offered French citizenship.

President Emmanuel Macron awarded him a medal for bravery after inviting him to the Elysée Palace on Monday and offered him a job in the fire brigade.

Mr Gassama, the 22-year-old was said to have left his native country Mali in West Africa as a teenager in 2013.

He crossed the Sahara desert through Burkina Faso, Niger and Libya and then traversed the Mediterranean to Italy in 2014 at his second attempt. His first bid failed when he was intercepted at sea by police.

He told Mr Macron that he had travelled to France because he did not know anyone in Italy and his brother had been living in France for many years.

According to Le Figaro, he has been living in squalid migrant lodgings in Montreuil, east of Paris, with three brothers and several cousins. 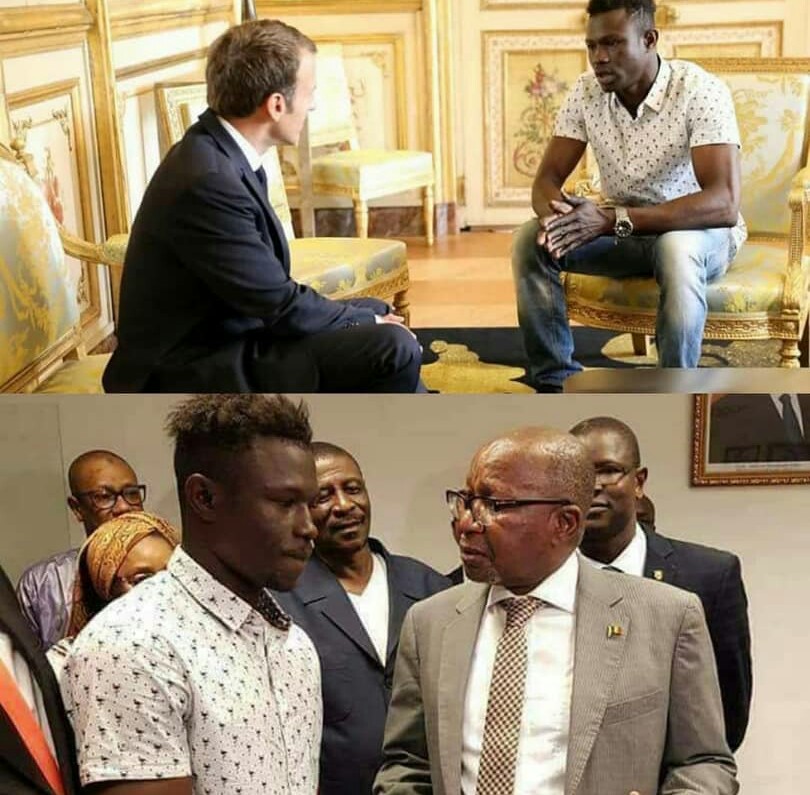 Now that he has become a hero and a star, offered France citizenship, his country Mali wants him back. Malian president asked him to come back to Mali to take up a military job. A lot of fans and followers have however suggested that he shouldn’t go back but he should remain in France.