Popular housemates Tobi and Cee-C who a lot of viewers have regarded has the real double wahala of the show have graced the cover of media hub room magazine, May edition.
Big Brother Naija Double Wahala edition, was almost nothing without the most controversial housemates, Tobi and Cee-C. They actually startedleaving no room for interference until the game swung like a pendulum; needless nagging, gossips and mind games would later become a seed of discord between a pair who once shared an inseparable bond. Read part of their interview here: 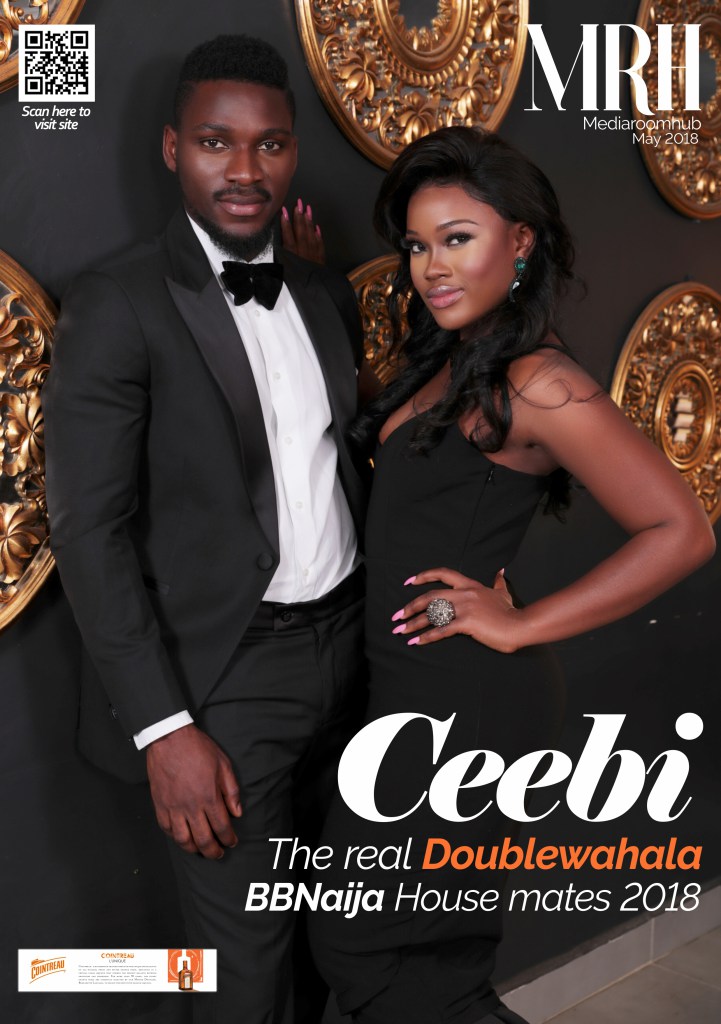 ARE YOU BOTH AWARE THAT BIG BROTHER HOUSE IS A GAME HOUSE?

Cee-c – Yeah…of course, I will speak for myself I’m very much aware that it was all a game.
Tobi – It’s a game but then you play it in a certain type of way, there are certain parts that can be played, the rest of it can’t be. There’s a natural part of it, then there’s a part you have to play. For 95 days you can’t be playing games. The game part was the nominations and some certain tasks we planned to do.

BOTH OF YOU WERE THE MOST CONTROVERSIAL IN THE HOUSE, CAN YOU TELL US IF THE WHOLE DOUBLE WAHALA DRAMA WAS SCRIPTED OR IT JUST HAPPENED WHILE YOU GUYS WERE IN THE HOUSE?

Tobi – In the Bigbrother house generally, nothing was scripted, everything that happened in there was very natural. Even at a point, we thought we were boring and they might probably want to scrap the show that was how bad it was. So, nothing was predetermined everything was totally natural and that’s the nature of the game.
Cee-c – Eeeeerm… I totally agree with what Tobi said, in the house nothing was scripted. None of us were given any script to work on, everything that happened in the house was normal day to day activities.

TOBI THERE WAS THIS MAGICAL THING ABOUT YOU TWO WHEN YOU JUST GOT INTO THE HOUSE, SO WHAT ATTRACTED YOU TO HER? 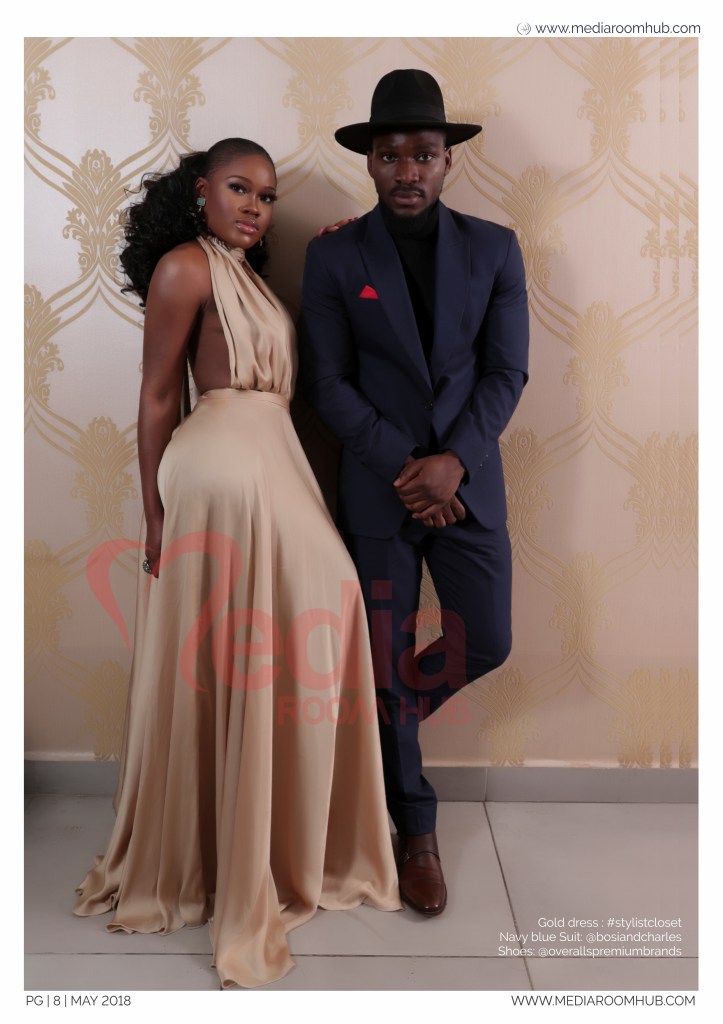 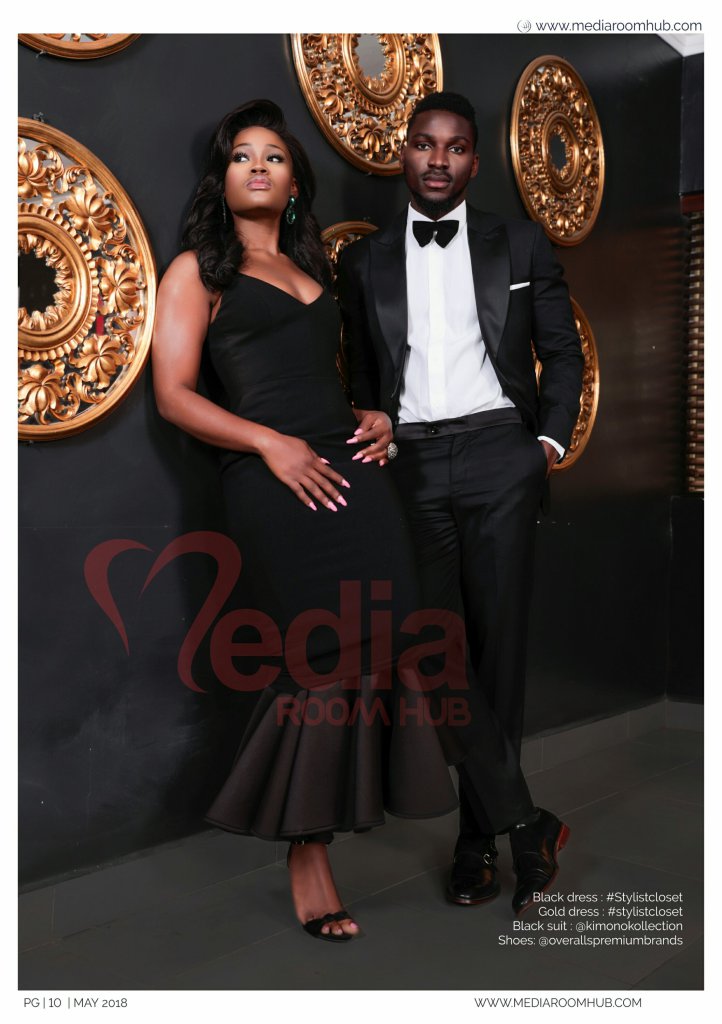 Tobi– In the game, it all started when we had the head of the house challenge. `First of all, before we got on stage I saw this beautiful lady that was wearing a nice dress, so I complimented her. When we got to the house, we fakely got evicted and went back to the house. Then I won head of the house, I was meant to choose Koko, but she denied knowing me at a point prior to winning the head of house that she didn’t remember me, so I chose Cee-c as my partner. Naturally, we started to bond, for the first two weeks it was more like sharing and knowing someone you kind of have like minds with, so we used to share thoughts and we kind of built a safe space around each other at that point.

SO CEE-C WHAT IS YOUR ATTRACTION TO TOBI?

Cee-c– I got into Bigbrother house and among all the guys in the house, I saw this very nice looking young man. Of course, he is mentally attractive too and I watched him every day, watched the way he handled the task, he pays attention to details. He is this guy that always cares about me, asking me questions about my well-being, more like we built a home together in the first few weeks because every night we come back to the bed to talk about the day. For me, the attraction was the total package, it was amazing, he was an amazing guy too. 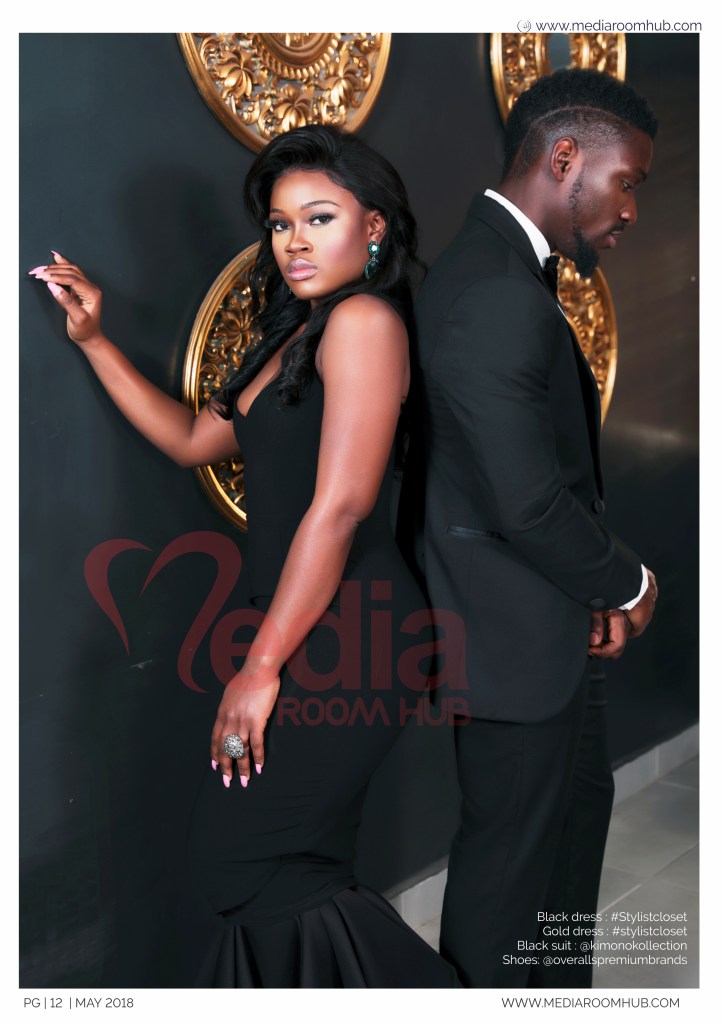 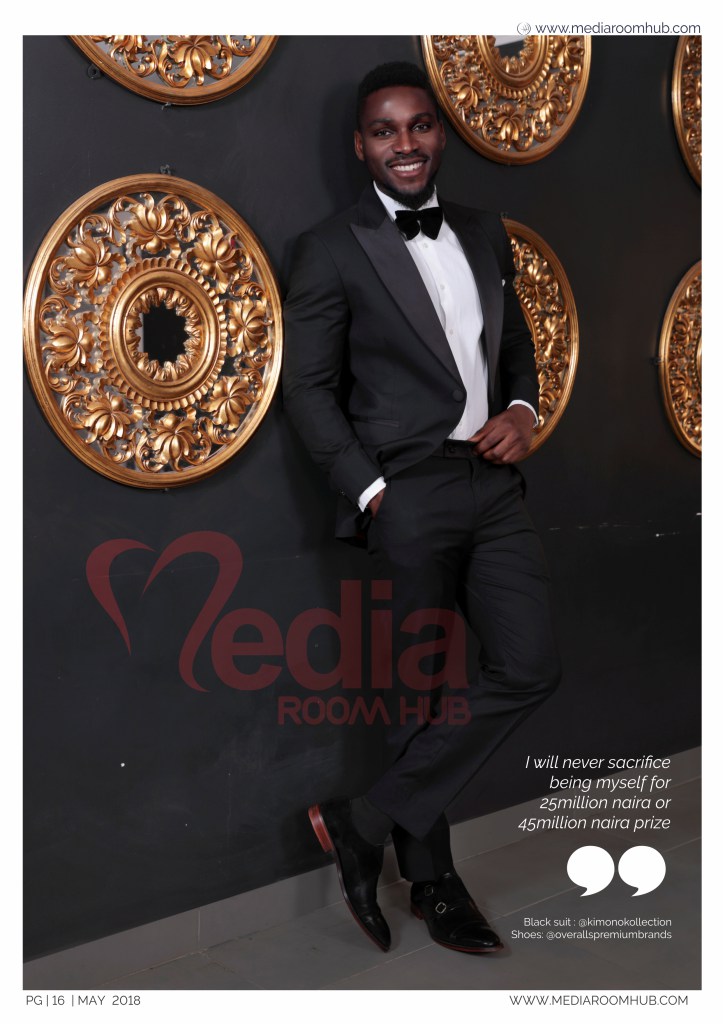 WHAT DO YOU HAVE TO SAY ABOUT PEOPLE’S OPINION ON YOU BEING POSSESSIVE IN THE HOUSE?

Cee-c– The truth is YES, Cee-c is possessive, what belongs to me belongs to me. For a guy to say he likes me, and I like him too, it’s very normal for me not to want any girl around him. It wasn’t all about me being possessive, I think also I was scared about the fact that it’s a game and many girls would like to play dirty in there, so I didn’t want him to get close to these girls because they could use him to get to me.

SO TOBI WHAT DO YOU HAVE TO SAY TO A WOMAN BEING POSSESSIVE?

Tobi – Well, it’s normal for a woman to be possessive but not to be over possessive. Its okay to want something and want it to yourself, but you can’t be extreme about it. That is just my opinion about a woman being possessive. 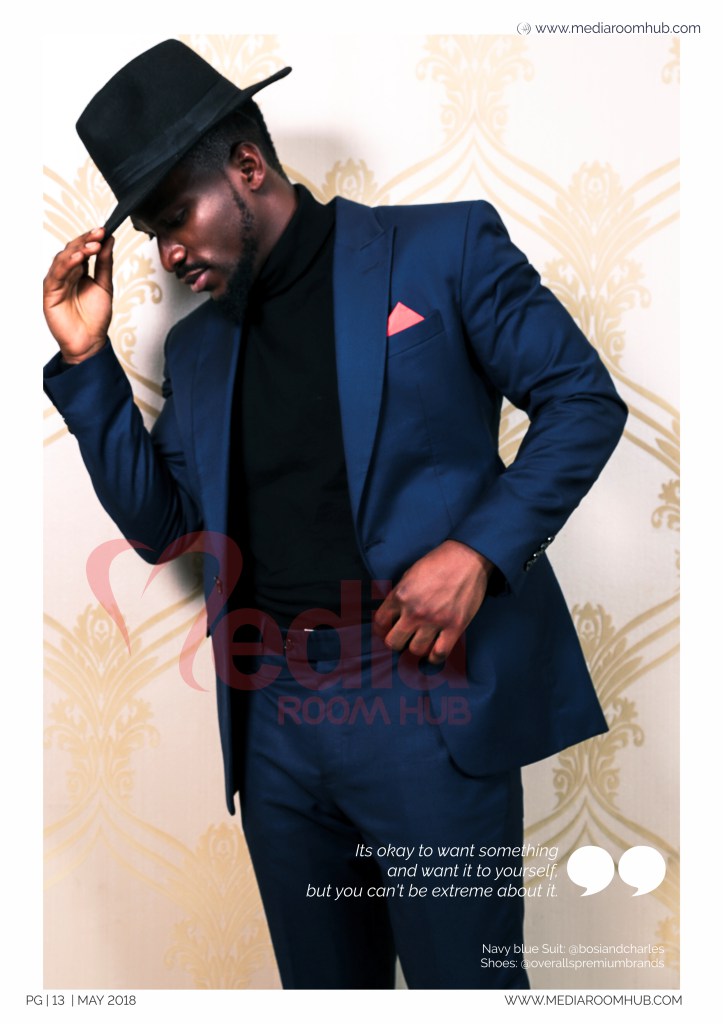 YOU A VERY STRONG CONTENDER IN THE HOUSE, DO YOU THINK ONE OF THE DRAMA BETWEEN YOU AND CEE-C COST YOU THE PRIZE?

Tobi– For me, I went into the house to be myself and I will never sacrifice being myself for 25million Naira or 45million Naira prize. Like if I’m going to win let me win as myself. Of course, I had my flaws.

THERE WAS A TIME IN THE HOUSE CEE-C ASSAULTED YOU VERBALLY, DO YOU THINK YOU MUST HAVE DONE SOMETHING WRONG TO MAKE HER REACTED THE WAY SHE DID?

Tobi– I did not particularly do anything to get what I got from Cee-c, we were all been ourselves and natural. So I’m not responsible for people’s actions, in fact, nobody is responsible for anybody’s actions. Actions or reaction is totally dependent on who you are as a person.

WAS YOUR RELATIONSHIP WITH ALEX TO SPITE CEE-C OR WHAT?

Tobi – At no point did I do anything to spite Cee-c, even Alex sometimes preach to me about her, she’s the kind of girl who sees good in everybody, even when she thinks you are not so cool. I actually learnt that from Alex, I learnt to see good in people because it gives positive energy.

BEFORE YOU LEFT THE HOUSE, EBUKA ASKED IF YOU WERE GOING TO DATE ALEX OUTSIDE THE HOUSE, WHAT DO YOU HAVE TO SAY ABOUT THIS? 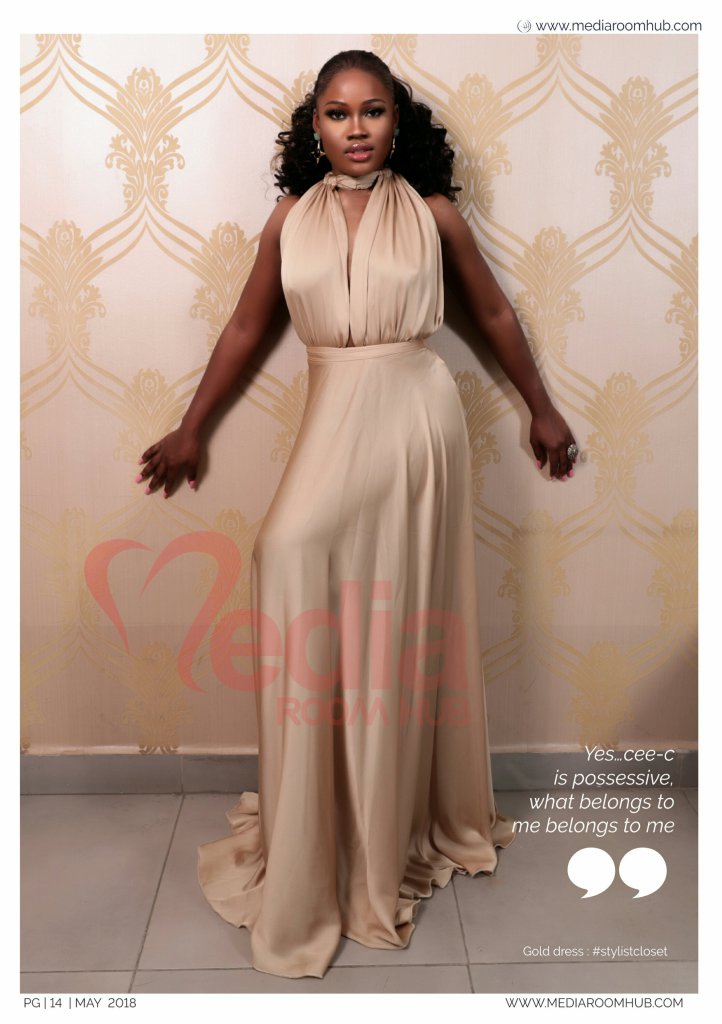 Tobi – Truth be told, that question was a very objective question, it’s like me getting to know you and I was asked that kind of question at that time. Alex is a good girl, why won’t I want to date her? For me to say I can’t date her means there is something wrong with her, but there is nothing wrong with her. Even without the last couple of weeks trying to know each other, I still think she is a good girl and I would give the same response. You see something good; you accept and acknowledge it is good.