“That was a very f*cking expensive December” – Singer, Davido Laments Over December Expenses

“That was a very f*cking expensive December” – Singer, Davido Laments Over December Expenses 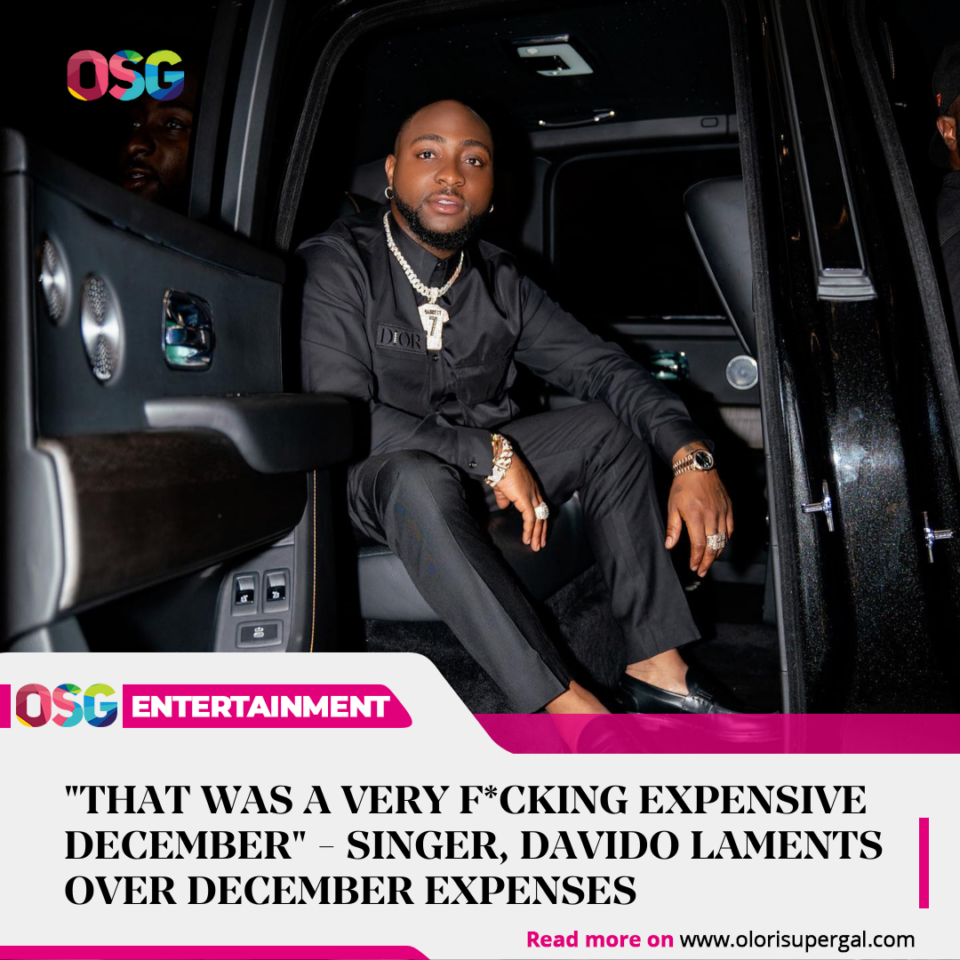 Award-winning Nigerian singer, Davido, has weighed in on how his Detty December went after doing some calculations.

The Champion Sound crooner took to his Instagram story to note that he just finished doing some accounting and from his discovery, he was going to ‘up the score.

“I just did some accounting. That was a very fu*king expensive December. Jesus!!! No man, we need to up the score.”

Recall that the father of three had engaged in several money-consuming ventures towards the end of the year.

During his birthday in November, he established a N250m orphanage fund – N50m of his personal donations and N200m from cash gifts he received from fans and colleagues.

In December, the singer bought himself an early Christmas gift of a new Lamborghini Aventador worth over $400,000.

Last week, the singer threw a star-studded party to make the opening of his second house on Banana Island, Lagos.

“I Look Forward To Spending Your Money” ...