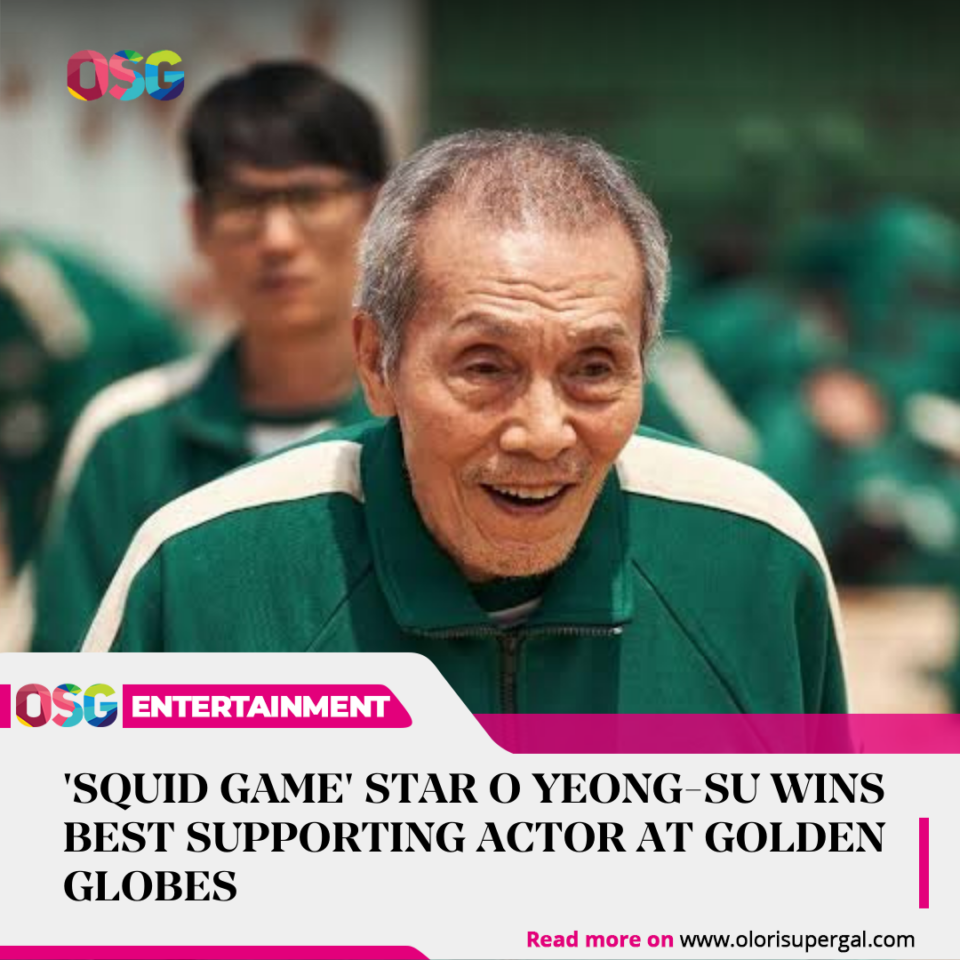 “Squid Game” star O Yeong-su has made history after becoming the first Korean actor to win a Golden Globe.

His victory was announced at a private ceremony streamed online with no celebrity presenters and no speeches.

Organizers previously announced that this year’s Golden Globes would be a scaled-down affair following controversy over a lack of diversity among Hollywood Foreign Press Association membership and other ethical questions related to financial benefits.

The Golden Globes published on its website, “O Yeong-su wins Best Performance by a Supporting Actor in a Series, Limited Series, or Television Movie! While O Yeong-su is a respected stage actor in his native South Korea, his Globe nod is his first-ever nomination in a major awards show,”

His triumph marks the first time a Korean TV drama or actor has been nominated and won a Golden Globe.

“Squid Game” — created by Hwang Dong-hyuk — is a dystopian series in which contestants in desperate need of money play deadly children’s games to win cash prizes.

Back in October 2021, Netflix confirmed the show was its “biggest-ever series at launch” following its debut on 17th September 2021.