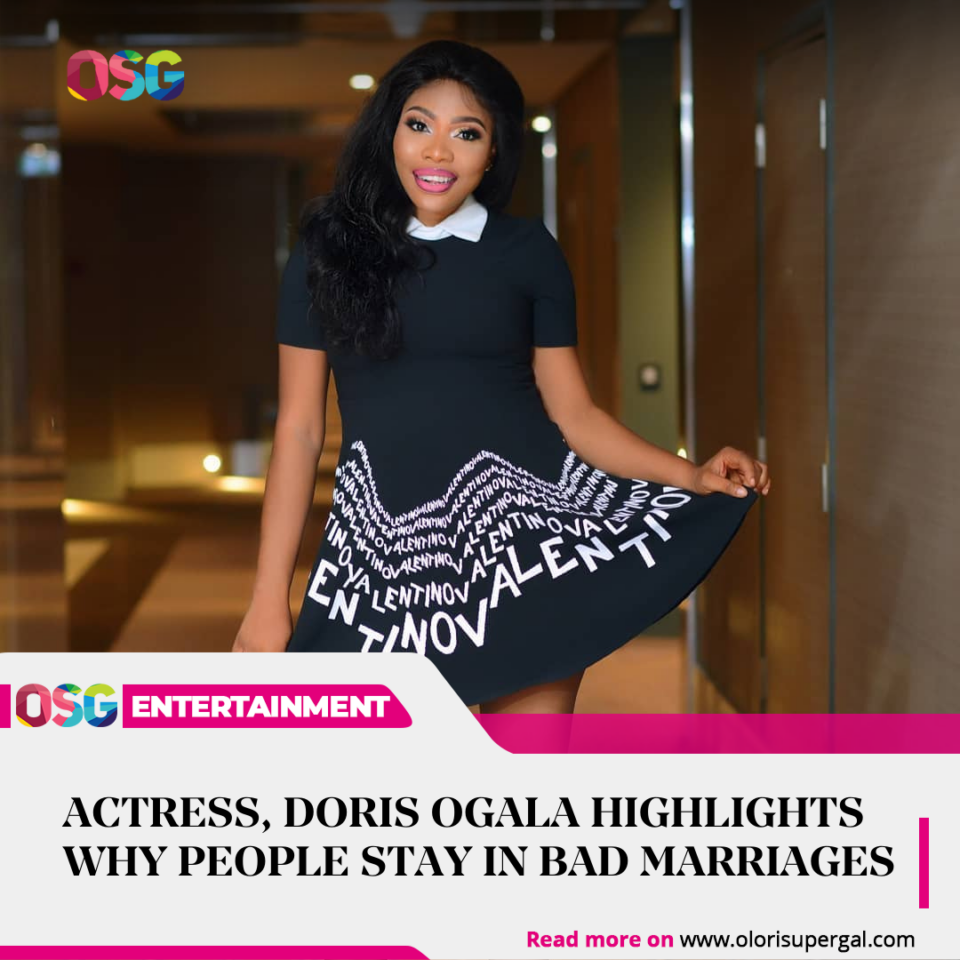 Nollywood actress, Doris Ogala has taken to her Instagram page to highlight why a lot of people prefer to remain in bad marriages instead of getting a divorce.

In her opinion, people are scared to get a divorce because they do not want criticism from social media trolls.

“The way people are being mocked on social media after divorce!

Made a lot to stick in marriage suffering and smiling.”

“Am not shading anyone!

Am just alerting you guys in case!

If I end mine and anyone mocks me!!

I swear I’ll curse that person!

I Am scared of marriage.”

FAAN Apprehend More Than 90 Touts At ...