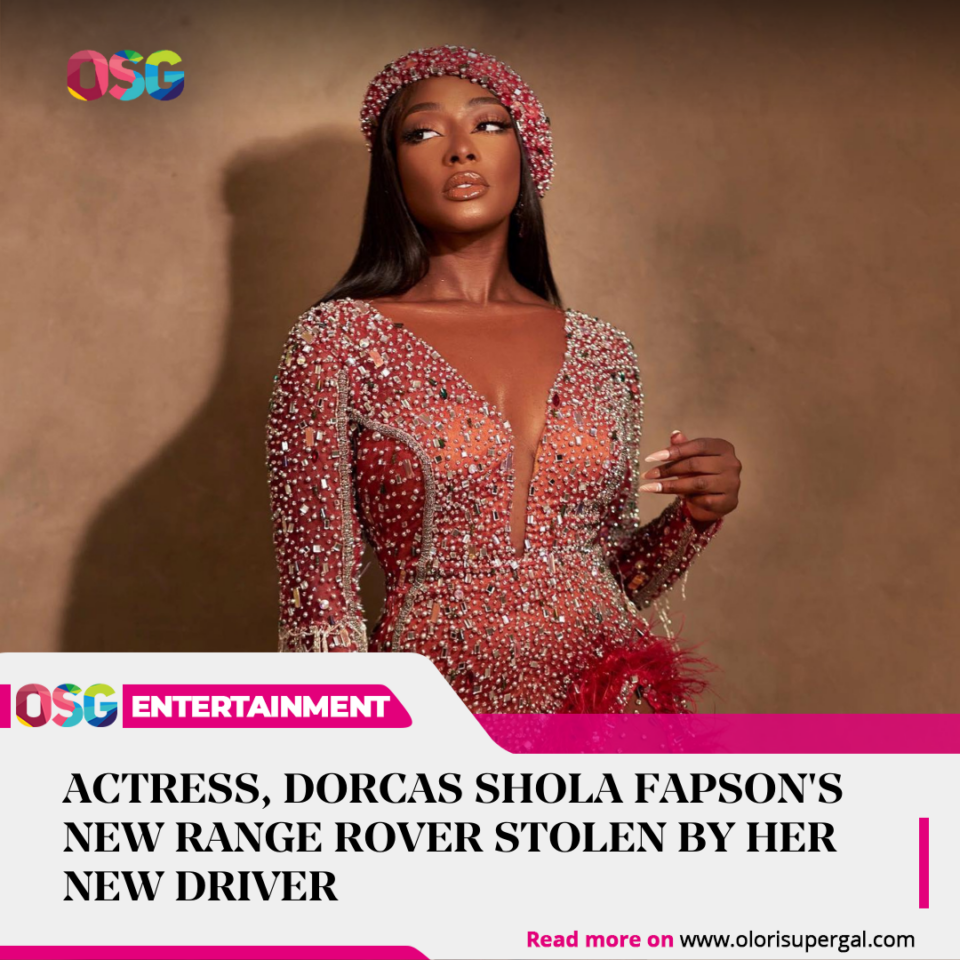 In a post shared via her Instagram page on Thursday, 6th January 2022, the movie star revealed that the SUV was stolen by her driver, Muhammed, on the eve of her birthday.

“On the evening of my birthday as I was getting ready to celebrate with family and friends it was brought to my attention that my driver had stolen my car”.

“I’m offering a reward for anyone that has information on/can locate “ Muhammed “ & my car. He used this fake license to register with the agent who has already been arrested.”

Hours later, she posted a video someone had taken of the car in Ogun state which is probably where the thief drove it too.

No new developments yet on the recovery of the car.

Shola-Fapson took delivery of the SUV in 2021.

She announced the acquisition a week after buying the exotic car.

Age Is Telling On Me, Working For ...