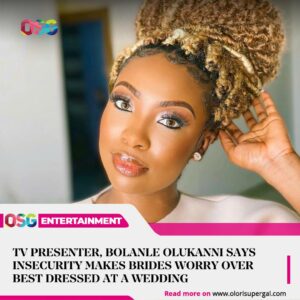 Nigerian Television Personality, Bolanle Olukanni, took to social media to air her opinion on the issue making waves about brides to be sending their friends off wedding venues because they are best dressed.

According to Olukanni, it is a show of insecurity on the path of any bride to be worried about how another female looks.

She stated this while reacting to a Twitter exchange where a Twitter user said she would turn back anybody who wears a lovely dinner dress to her wedding.