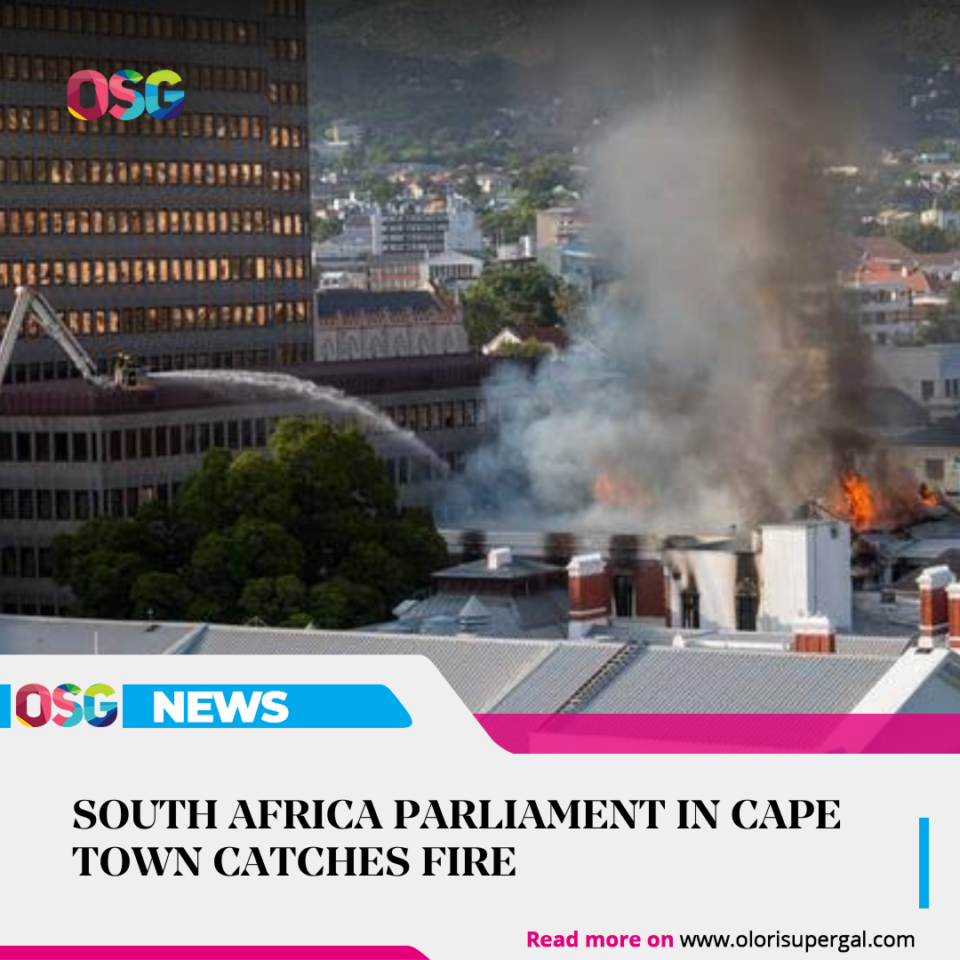 A major fire erupted at the South African parliament building in Cape Town, with flames bursting from the roof of a building and a plume of smoke that could be seen from miles away.

The authorities said after several hours that firefighters had the situation under control.

Firefighters arrived at the building as large flames and a huge column of smoke was seen at around 05:30 GMT on Sunday.

No injuries have been reported in the fire, which was reported by security guards, Carelse said.

Several hours after the blaze started, thick smoke was still pouring from one of the several buildings that make up the parliament complex.

She added that the flames had been mostly brought under control and that CCTV footage was being reviewed to determine what caused the incident.

News24 reported that 36 firefighters were initially sent to the scene and authorities later called for additional resources as they tried to contain the blaze.

Member of parliament Steve Swart called the fire “tragic” and told reporters at the scene that MPs will continue their work remotely. 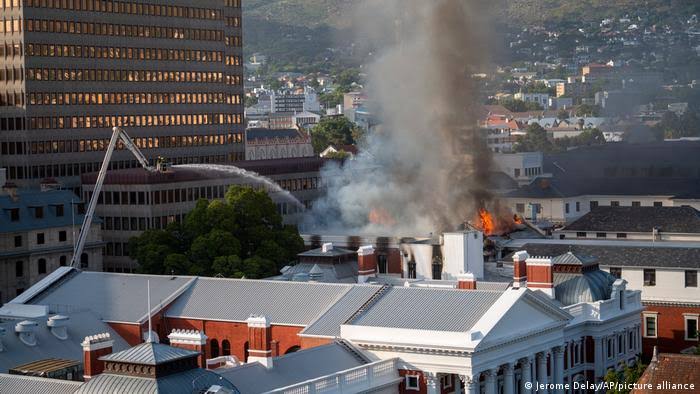 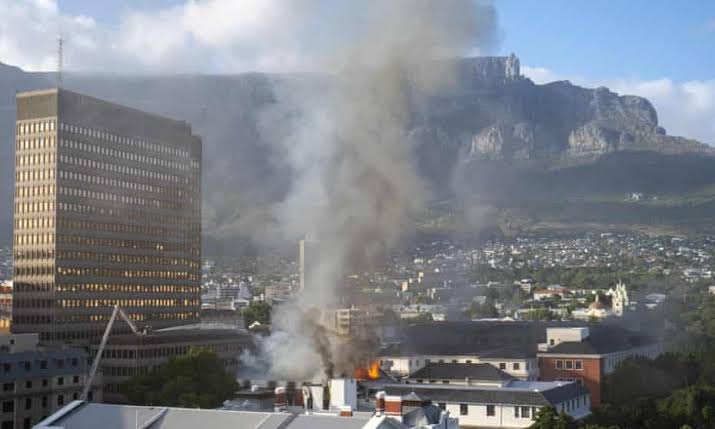 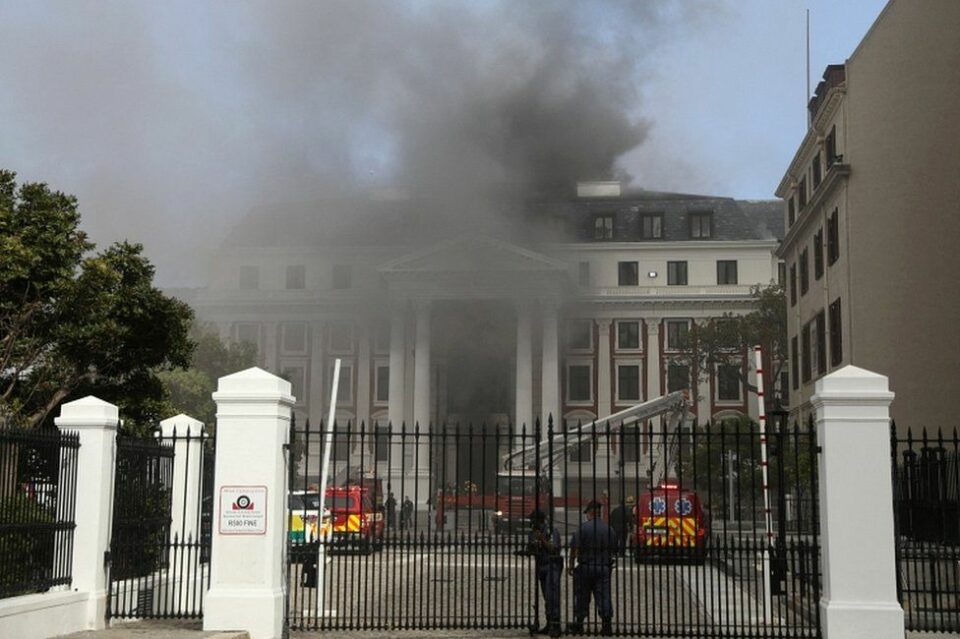 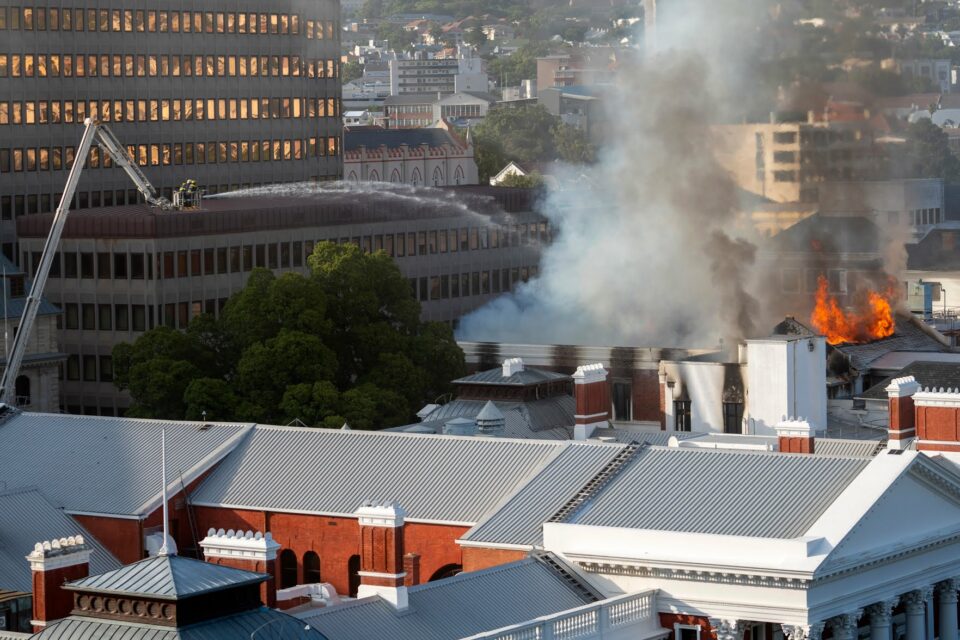