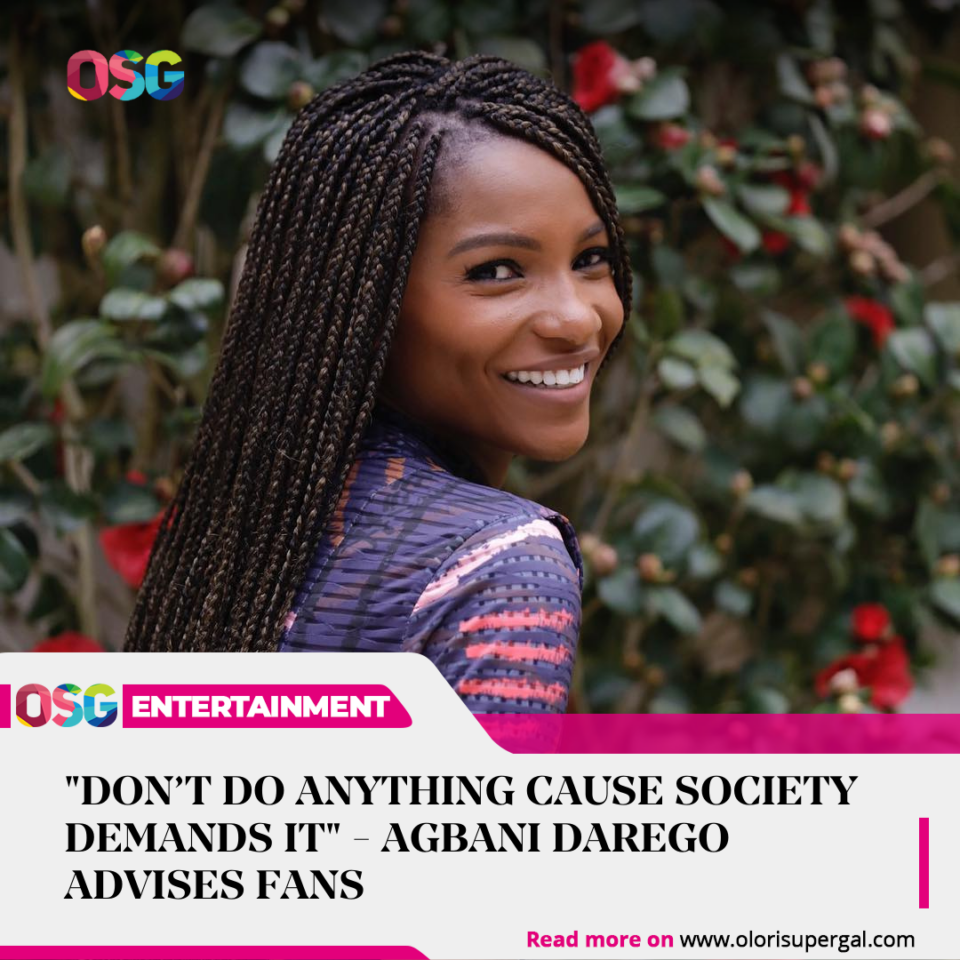 Former Miss World, Agbani Darego has advised her fans to avoid being pressured by societal demands.

Darego said this in response to a fan’s questions concerning pressure management and childbirth on Instagram.

Darego hosted an ‘Ask-Me-Anything’ session on her Instagram story and a fan had asked, “How did you manage not to bow to pressure to have kids after 35? I’m 34 in two months.”

In response, she said

“Hello, I have two kids and I had my first at 35+. My take: don’t do anything cause society demands it of you. Do it for you, at your own time and pace.

“Kids are a blessing, but only if you desire them! And you have to be mentally, emotionally, (and financially ) ready for that journey.”

Meanwhile, another fan asked her what was her best part of being a mother, the mother-of-two answered, “Everything! My boys are my world.”

During the session, she also revealed that her secret to living healthy and maintaining a good physique.

She said, “No diets. I try to make healthy choices and work out when I can. (Haven’t been in a gym for more than a year though.”

The ex-beauty queen broke into global consciousness when she became the first native African to win the Miss World Beauty Pageant in 2001.