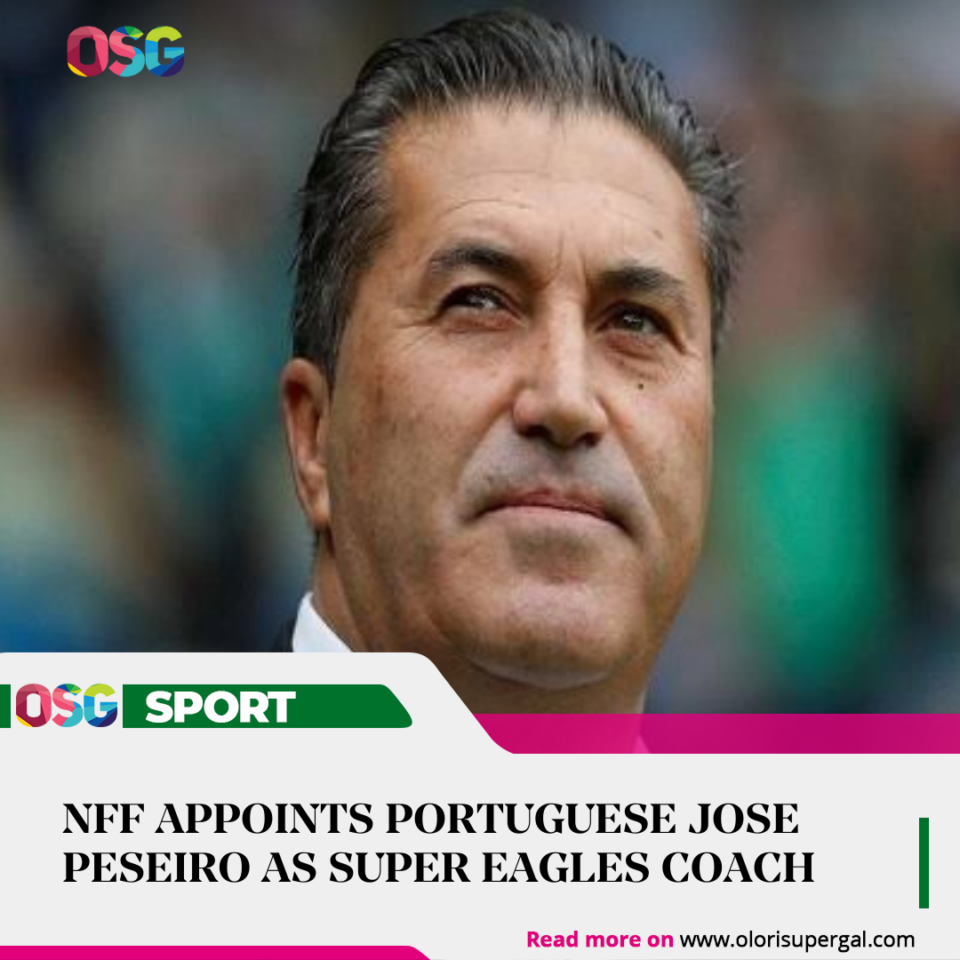 NFF made this known in a communique on Wednesday, 29th December 2021 after its National Executive Council meeting.

The Portuguese appointment is announced 17 days after the sacking of Franco-German Gernot Rohr as Super Eagles coach.

Though Peseiro is expected to be at the 2022 Africa Cup of Nations next month in Cameroon, he will take over the team fully after AFCON.

The communique added that “However, the Committee resolved that Mr. Augustine Eguavoen, named the interim Head Coach, will lead the Super Eagles to the AFCON 2021 in Cameroon with Mr. Peseiro only playing the role of Observer. It was unanimously agreed that the AFCON is a good avenue for Mr. Peseiro to launch a working relationship with Mr. Eguavoen, who will revert to his role as Technical Director (hence Mr. Peseiro’s immediate boss) after the AFCON”.

61-year-old Peseiro spent his first eight years as a manager in the third and fourth-tiers of Portuguese football, starting out as a player-coach at his last team In summer 1999 he was appointed at C.D. Nacional, which he helped promote to the Primeira Liga in just three seasons. In 2002–03, he led the team to a final 11th position.

Until August 2021, he was the coach of Venezuela. He reportedly resigned having not been paid for over a year amidst the South American country’s economic crisis.