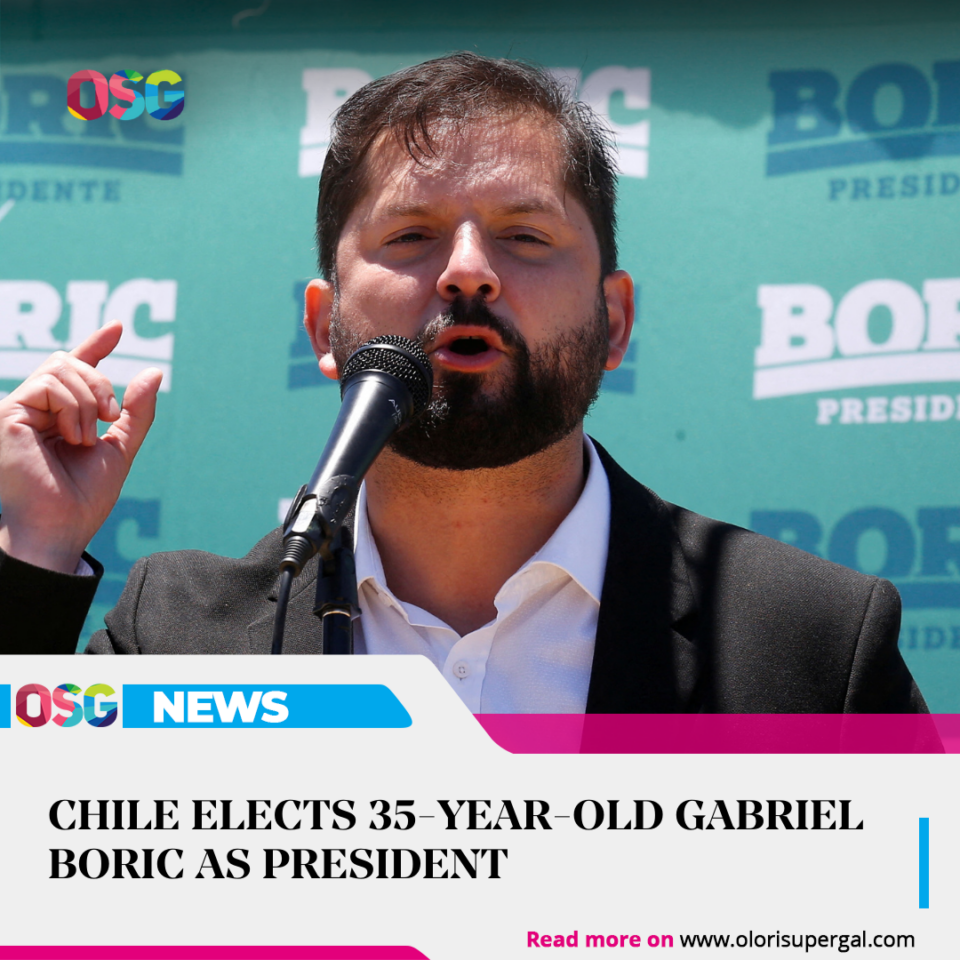 The streets of Santiago erupted in celebration on Sunday after Boric garnered nearly 56 percent of the vote compared to 44 percent for ultra-conservative Jose Antonio Kast, who conceded even before the final result was known.

Tens of thousands of Chileans took to the streets of the capital and other cities after Kast’s concession, honking car horns in approval, brandishing pro-Boric placards, waving the rainbow LGBTQ flag, and shouting: “Viva Chile!”

Fireworks lit the skies for hours on end.

Boric had campaigned on the promise of installing a “social welfare” state, increasing taxes and social spending in a country with one of the world’s largest gaps between rich and poor.

Branded a “communist” by his detractors, he vowed in his first official address Sunday to “expand social rights” in Chile, but to do so with “fiscal responsibility.”

He said, “We will do it protecting our macro-economy, we will do it well… to improve pensions and healthcare”.

Gathering reactions, 45-year-old Jennie Enriquez, a pharmacy worker told AFP that “I’m thrilled, I am crying with joy. We dealt a blow to fascism!”

Construction worker Luis Astorga, 58 also said “I am happy because there are going to be many changes that will help the people and the working class”.

Singer, Nikki Laoye Gets Engaged On Her ...