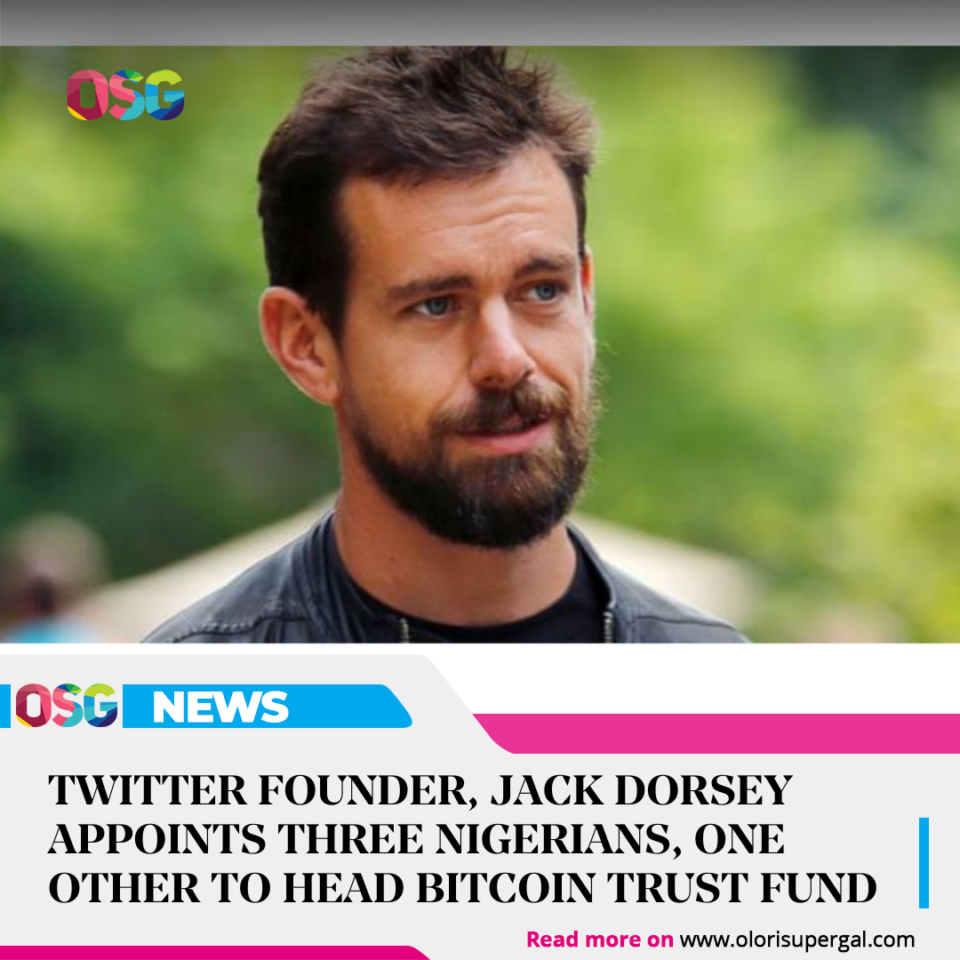 Jack Dorsey, one of the founders of Twitter has appointed three Nigerians and one South African to act as the board of his Bitcoin Trust (BTrust) fund which will be disbursed for development in Africa and India.

Earlier in February, Dorsey had announced a BTrust in collaboration with American rapper, Jay Z.

On Wednesday, 15th December, Dorsey through a statement revealed the identities of the BTrust board, three of whom are Nigerians; Abubakar Nur Khalil, Obi Nwosu, Ojoma Ochai, and South African, Carla Kirk-Cohen.

Mr. Dorsey, who co-founded Twitter in 2006 with Biz Stone, Evan Williams, and Noah Glass has been serving as CEO of both Twitter and payment firm Square.

In a statement released, he wrote, “It’s finally time for me to leave”, noting that the company was “ready to move on.”