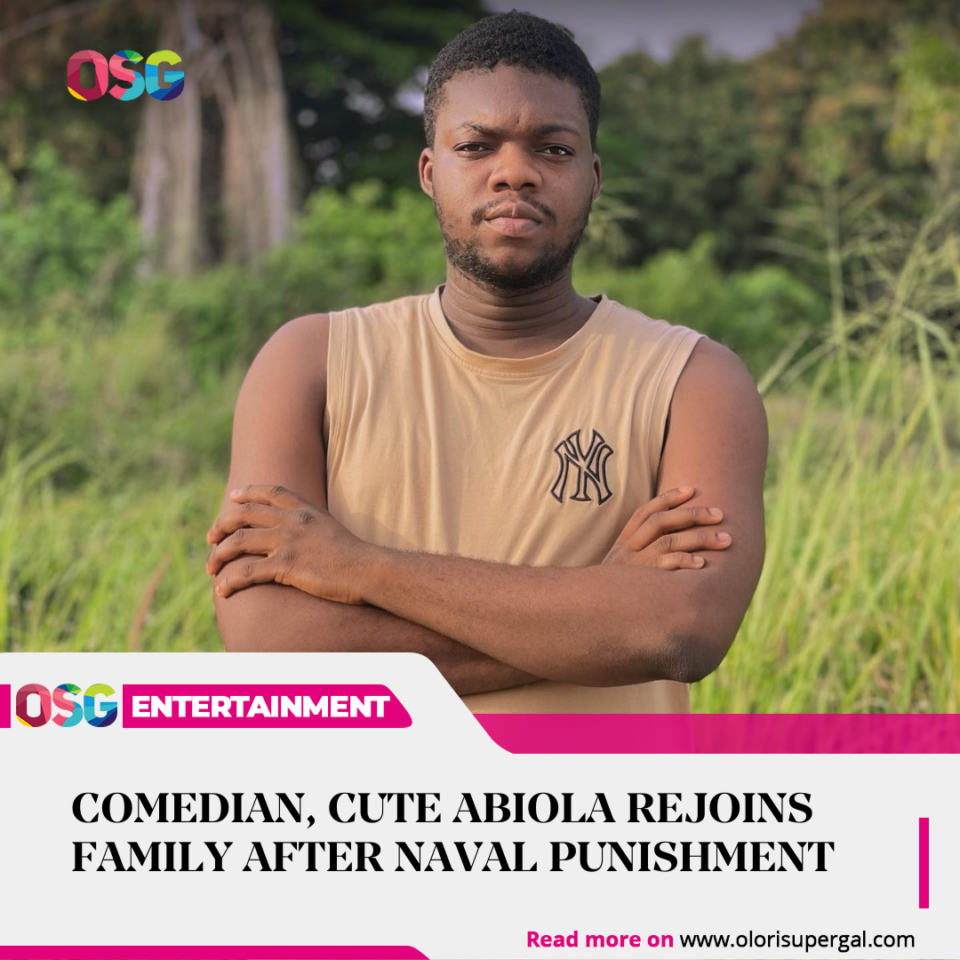 The Nigerian Navy has allowed its detained personnel, OSCOMP Abdulgafar Ahmad, better known as Cute Abiola, to return to his family after serving one month ‘extra duty’.

According to reports, the popular Instagram comedian was freed on Monday, 13th December, and allowed to return home.

Recall that the Nigerian Navy had released a statement to notify the public that the funnyman was arrested on November 15, 2021, for wearing a police uniform in one of his skits and for ridiculing the Nigeria Police Force in the process.

He was, however, given a light punishment of a ‘one-month extra duty’ after a military trial, according to a naval spokesperson, Commodore Suleman Dahun.

Dahun had said, “Cute Abiola has been placed on one-month extra duty after he was tried. He will be in charge of cleanship; supervising painting, electricians, carpentry, cutting of grasses, and others. He will be supervising civilians,”