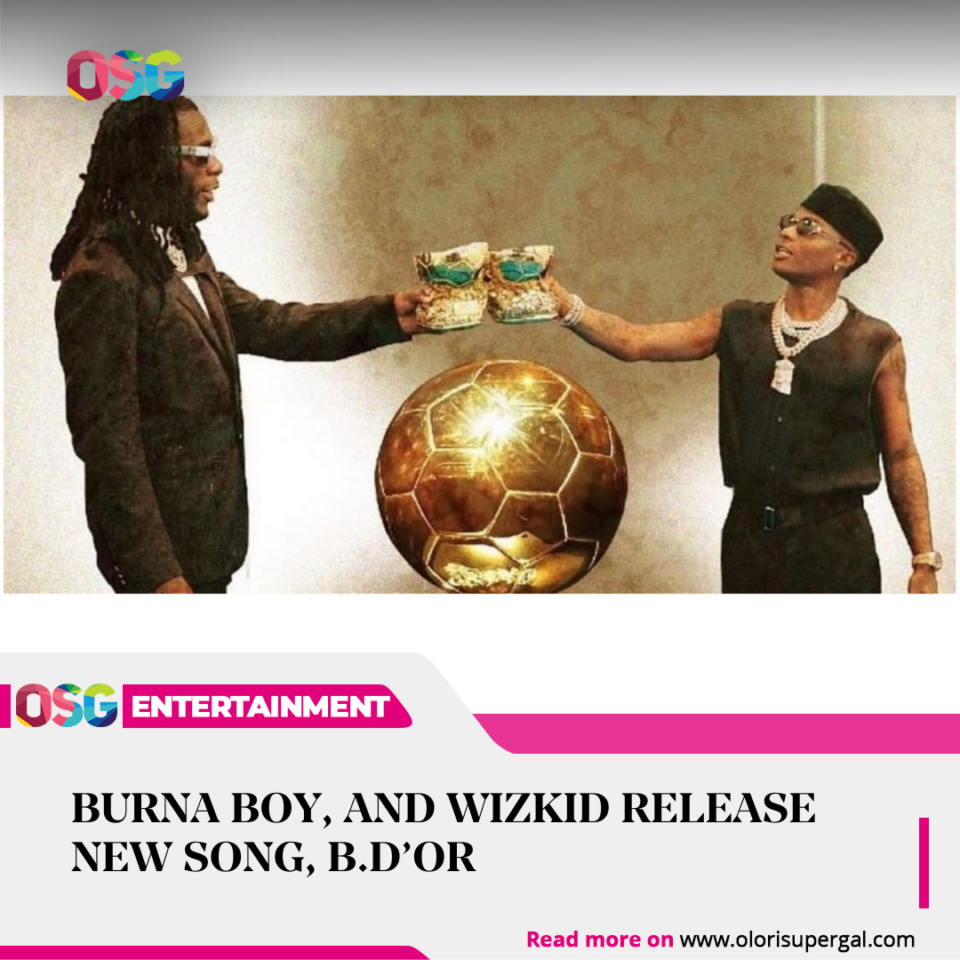 In early December, Wizkid had announced during his Made in Lagos tour where he performed with Burna Boy at the 02 Arena in London.

“By the way tonight, I want you all to know something tonight. Burna Boy and I are dropping a new song. We got a new video, everything coming for you guys,” Wizkid had announced to the excited fans.

Earlier on Tuesday, the duo shared a snippet of the song as they posed with Ballon D’or awards, which further fuelled anticipation from their fans.

Finally letting the cat out of the bag, Burna Boy announced on Tuesday evening that the song has been released.

Nigerian British producer P2j produced the banging track which is said to be inspired by one of the most prestigious trophies given to professional soccer players, Ballon D’Or whose recipient is regarded as the best male football player in the world.

Recall that Wizkid had in 2020 featured Burna Boy in “Ginger”, one of his hit tracks of his Made in Lagos album.

Singer, Tems Reflects On The Time She ...