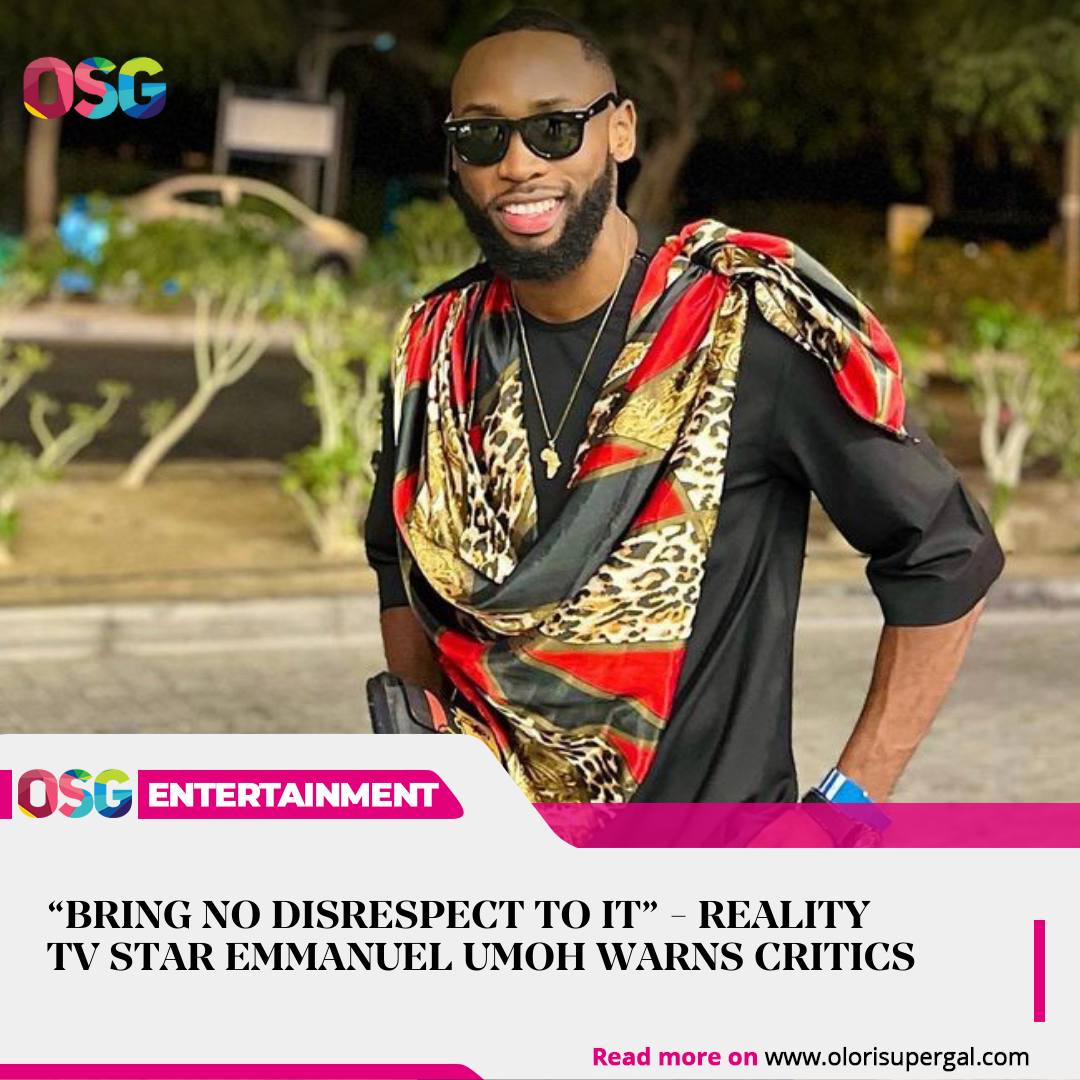 He took to micro-blogging platform Twitter, to send the note of warning and also noted that owed his achievements to no one but God.

“We can cruise and vibe together but when it comes to my name, bring no disrespect to it. The life I had and the one I’m living now, I don’t owe my achievements to anyone but God.

“No attachments, Love or support me for who I am or bounce…

Emmanuel’s tweet comes two days after he appreciated his fans who reached out to him concerning his ill health.

He had tweeted on Wednesday, “Hey guys. Thanks to everyone who reached out, felt the love and prayers. I’m a lot better and stronger now.

“Been bottling up my health situations a little too long I guess. Still recovering though but very much optimistic again. Thank you.”

Recall that Emmanuel was the first housemate to qualify as a finalist in the recently concluded season 6 of Big Brother Naija.

He was popular during his stay in the house due to his relationship with fellow ex-housemate, Roseline Afije, better known as Liquorose. The relationship earned them the code name “Emmarose.”