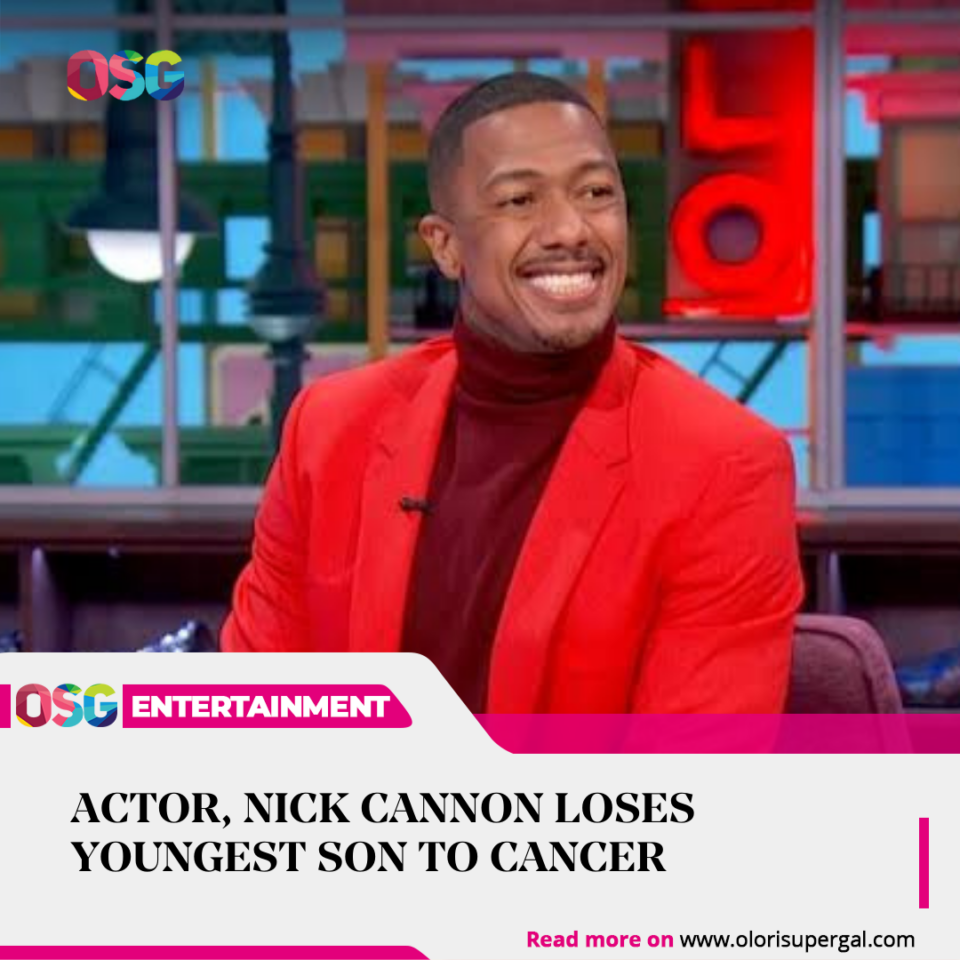 He announced on his Fox daytime show that Zen Cannon passed away on Sunday due to a form of brain cancer.

Nick opened up to his audience on his show to share the news and reveal his faith and his emotions regarding the unfortunate situation.

He said, “During the summer, it was really exciting. I always noticed, as a guy, one month was great. By the time he got to two months, he was just like the most loving. We called him Z chilling. He was always smiling, always having just the most beautiful spirit.

“But I always noticed he had like a sinus thing. It was like a cough and I just wanted to check it out. Early on, because babies get fluid in their lungs, we thought he’ll cough it out and that’s what they would say. But he always had this interesting breathing.

“I really wanted to take him to the doctor to get the breathing and the sinus thing checked. We thought it would be like a routine process and we went in just to check his sinuses and they actually said his sinuses were pretty cool. But then by that time, we found out that he had another condition.

“If I’m not mistaking, it was fluid that was building in his head and that was because his head was starting to get big when we found out it was more of a malignant tumor in his head.

“Immediately, we had to have brain surgeries. We put a shunt in his head and were hoping for the best… but the doctors were kind of concerned. They were educating and letting us know everything that was going on so we were faithful and hopeful for that time.

“And then it was carried on, he was still just playing with all his brothers and sisters… I really want to say I’m so grateful to my entire family for coming together during this time and being so loving and not judgemental of me or any of those things.

“I really have to say, Zen’s mom Alyssa was just like the strongest woman I’ve ever seen because she never had an argument, never was angry, was emotinal when she needed to be, but was always the best mom.

“Thanksgiving, we had an interesting turn and the prcess sped up… and ultimately, If anybody knows how cancers were, it was cancer in the brain. The tumor began to grow a lot faster and so we knew that the time was…