Three Students of Dowen College Are In Our Custody – Police Commissioner

Three Students of Dowen College Are In Our Custody – Police Commissioner 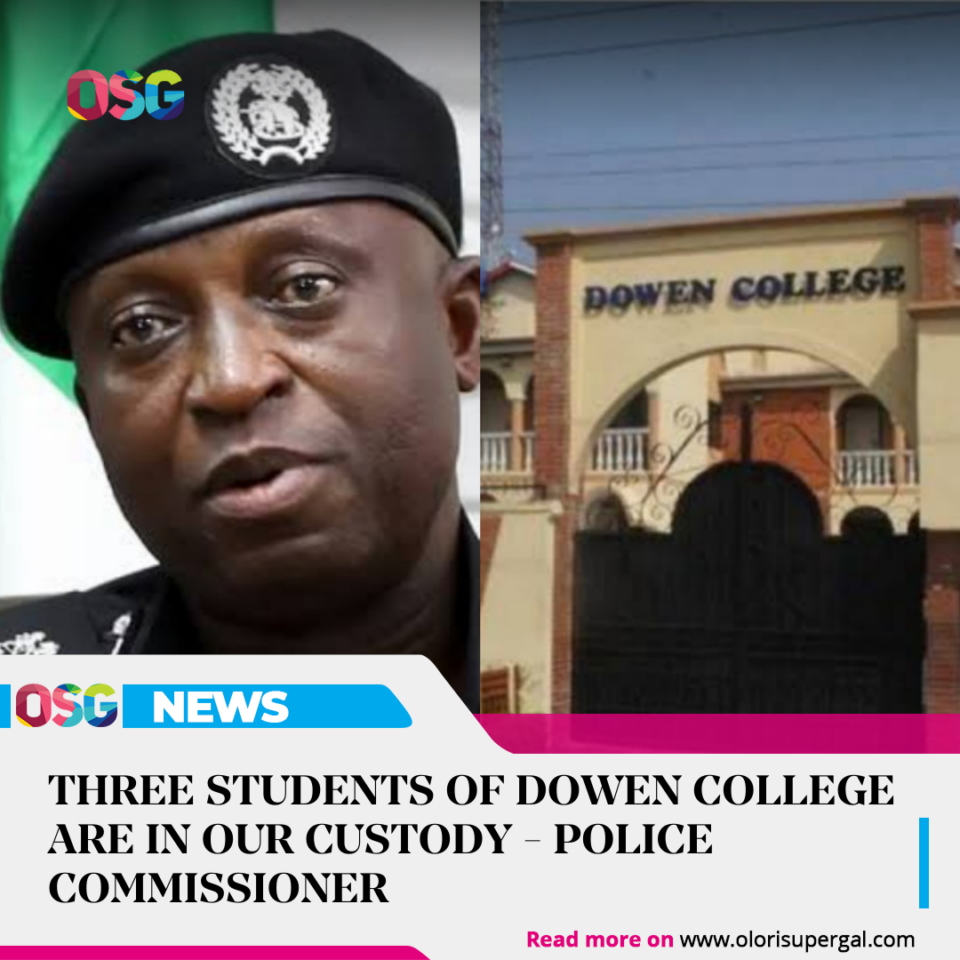 The Lagos State Commissioner of Police, Hakeem Odumosu, has revealed that three students of Dowen College in the Lekki area of the state are currently in police custody for allegedly assaulting 12-year-old Sylvester Oromoni.

Odumosu, who said this on Channel Television on Tuesday morning, also said two other students of the school fingered in the assault, are now at large, adding that those in police custody are helping the Command with information on how to track them.

The Lagos CP added that the school principal, housemasters, and other officials of the Lekki-based school are also assisting the police with information as the Command launched a full-scale probe into the circumstances culminating in the death of Oromoni on 30th November 2021.

The father of the deceased boarding student had alleged that the Junior Secondary School 2 pupil died from the injuries sustained during an assault by five of his colleagues who wanted to initiate him into cultism but the school claimed he died after sustaining an injury during a football match.

Reports of the detention of the three of the students allegedly involved in the bullying of the deceased student whose 12th birthday was 4th December filtered out on Tuesday.

When asked on Tuesday whether three of the students are in police custody, the Lagos CP, in a phone interview replied, “It is true.”

He explained, “It is still an allegation until we conduct our investigation. We just started full investigation yesterday (Monday). Two out of those mentioned in the viral video are at large while three of the students are helping us to get others.”

Odumosu added, “I am in contact with my counterpart in Delta State. I spoke with the parents yesterday, we are perfecting everything scientifically”.

Khloe Calls Out NDLEA After Harassment At ...