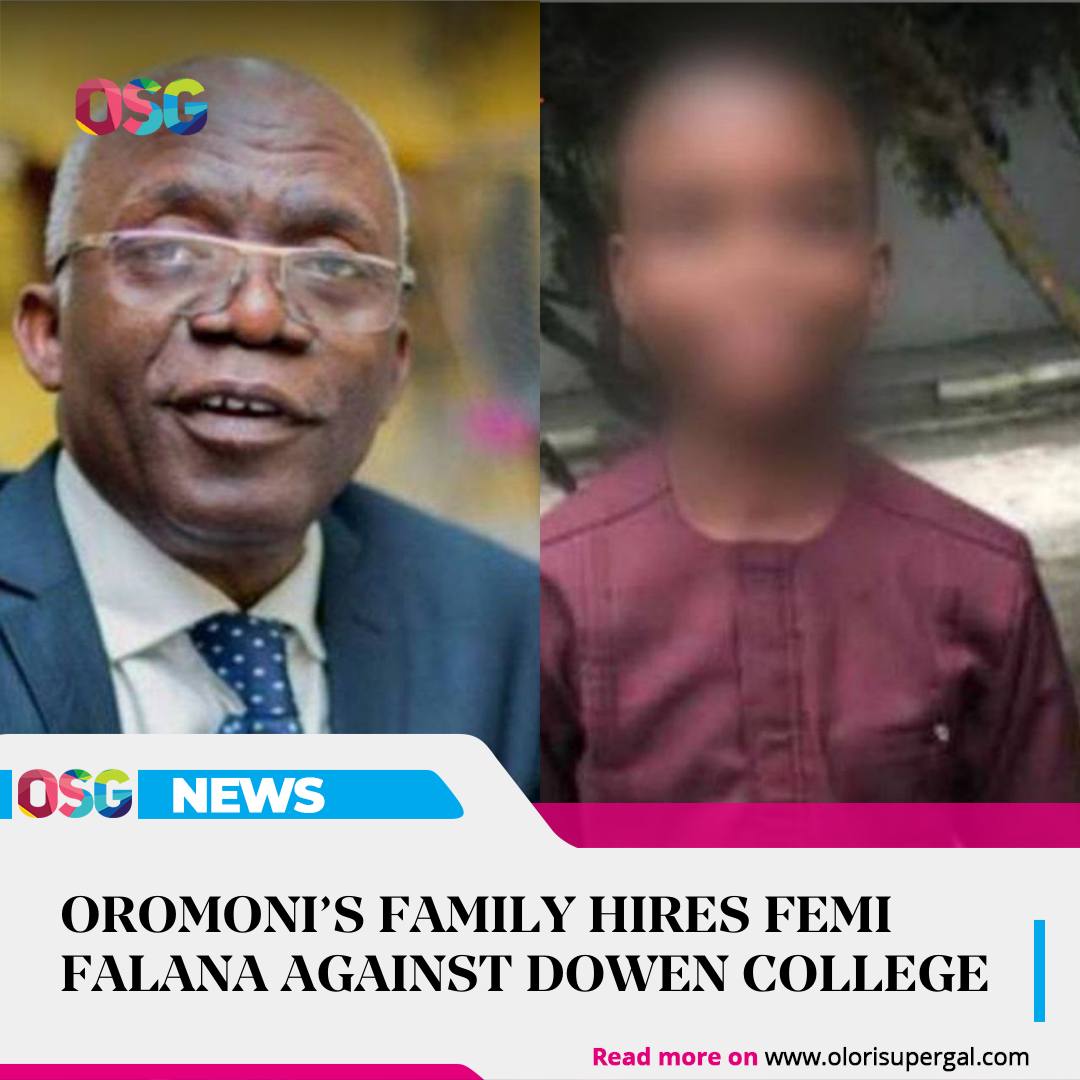 The family of Oromoni has hired human rights activist, Femi Falana to file a case against Dowen College over the mysterious death of their child, Sylvester Oromoni Junior.

The 12-year-old was allegedly bullied to death by some students of Dowen College for refusing to join a cult, but the school in its press statement said he died after sustaining an injury while playing football.

In a letter dated 6th December 2021, Falana has written to the office of Lagos State’s Chief Coroner, demanding an inquest to be conducted to unravel what led to the boy’s death.

The letter was signed by one of the lawyers in Falana’s chamber, Taiwo Olawale.

The letter titled “Request for Inquest into the Tragic Death of Sylvester Oromoni killed at Dowen College, Lekki, Lagos,” noted that based on the briefings by the family, the late student died as a result of injuries allegedly inflicted on him by his seniors at the school.”

The letter in part reads;

“Given the needless death of Sylvester Oromoni, we are compelled to request you to use your good offices to cause a coroner’s inquest to be conducted into the cause of death of this young and promising boy and make appropriate recommendations pursuant to Section 15 of the Lagos State Coroner’s Law 2007 that states that an inquest shall hold whenever a coroner is informed that the death of a deceased person within his coroner district is as a result of a death in a violent, unnatural or suspicious situation.

We hereby request your lordship to conduct an inquest into the circumstance surrounding this tragic death and we are confident that your lordship will accede to our request with utmost urgency.”

Ayeni Adekunle Listed As One Of The ...

Khloe Calls Out NDLEA After Harassment At ...