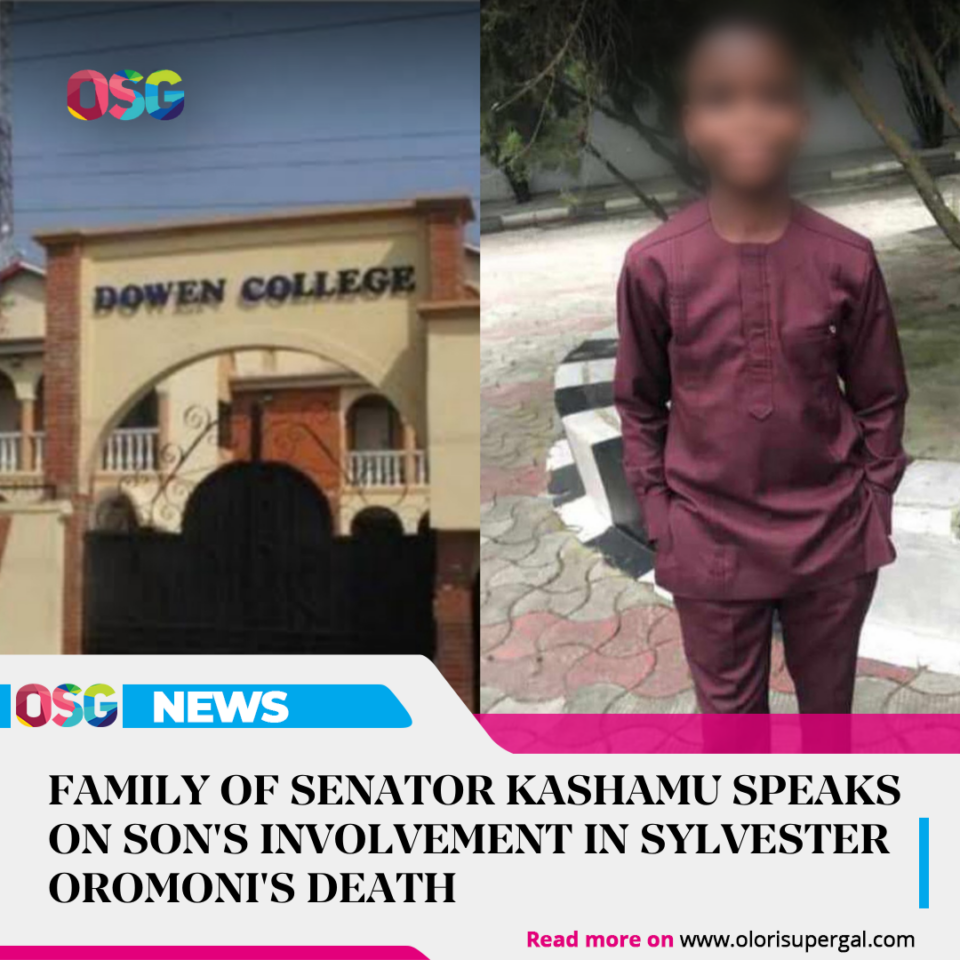 The family of the late Senator Buruji Kashamu has denied the involvement of their son in the death of Sylvester Oromoni, a 12-year-old pupil of Dowen College, Lekki.

Recall that Sylvester died from internal injuries days before his birthday after being assaulted by fellow students in Dowen College.

The deceased, before his death, mentioned some names of boys who assaulted him.

Kashamu’s son was one of the suspects named in the case.

However, the family in a statement issued by Mutairu Kashamu for the family, confirmed that although one of their sons, Michael Adewale Kashamu, was named among the suspected bullies of the deceased, he had no involvement in the death of Sylvester.

Part of the statement read: “The Kashamu family has been inundated with enquiries, calls, and messages over the unfortunate incident at Dowen College, Lekki, Lagos, that led to the untimely death of Sylvester Oromoni, a 12-year-old student of the College.

“Most commentators have rushed to conclusions based on assumptions and false information, including the allegation that our son Adewale Michael Kashamu was involved in the bullying or beating of Sylvester Oromoni.”

The family noted that it has conducted its private investigation since the story broke out and their son was just Sylvester’s school father the previous session.

“We as a family have made our own private enquiries and carefully questioned our son about his involvement. This is why we didn’t rush out to respond to the cyber-stalking, name-calling, and negative commentaries that have taken over the social media about our son’s alleged involvement in this sad incident.

“Some of the true facts now slowly emerging from under the mass of lies are that: Our son, Adewale Michael Kashamu, had acted as a school father for the late Sylvester in his first session in the school at the request of Sylvester’s sister who is also a student of the school.

“However, in the 2021 session which began in September 2021 Adewale Michael Kashamu was moved to a different floor in the boarding house and engrossed in his own studies and activities, our son was no longer as close to Sylvester as in the previous session”.

The family condoled with the family of Late Sylvester Oromoni and appealed to all and sundry to hold their horses until the police and the Lagos State government have completed their independent investigations and established the truth.

Dowen College has been shut down indefinitely by the Lagos State government and investigations have commenced.