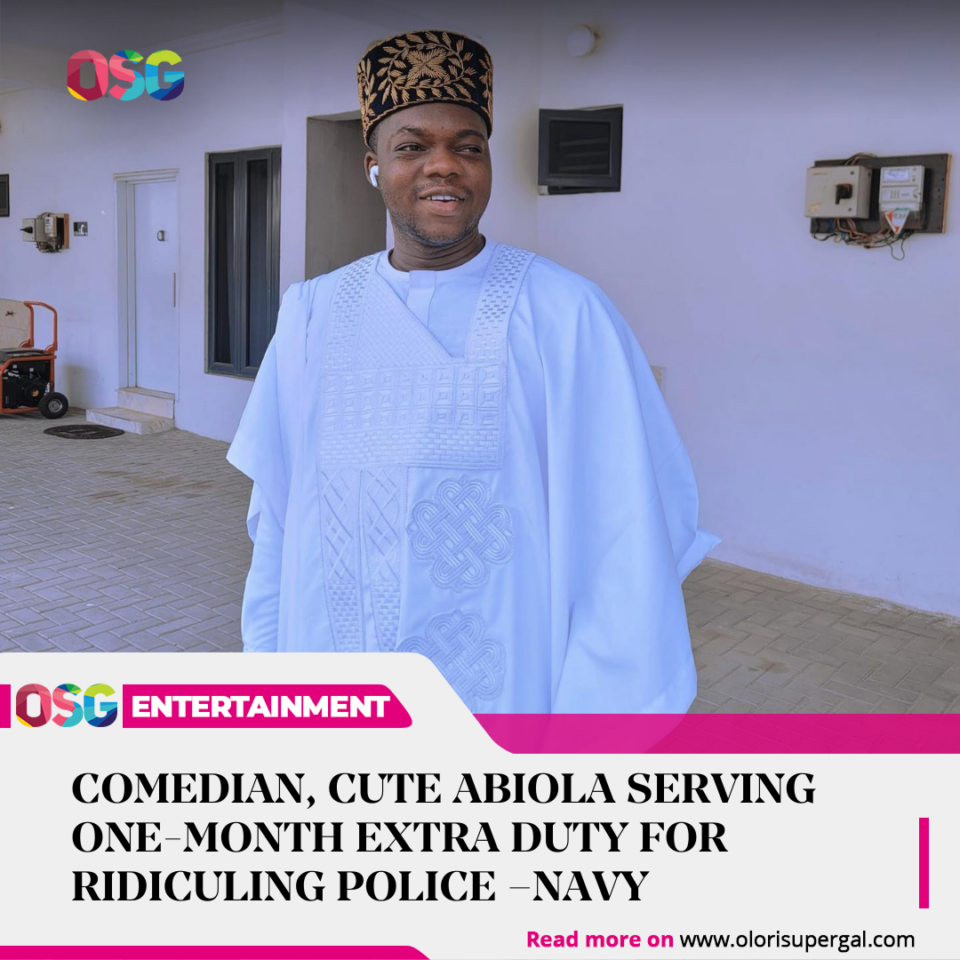 The Nigerian Navy has disclosed that one of its personnel, Abdulgafar Ahmad, better known as Cute Abiola, is on one-month ‘extra duty’ for wearing a police uniform in one of his skits and for ridiculing the Nigeria Police Force in the process.

Recall that the news of his arrest went viral on 25th November, however, he has been released from detention to serve his ‘light corrective punishment’ in the cantonment.

Ahmad, 25, is expected to end his punishment by December 15, 2021, when he would be allowed to return home to his family.

The naval spokesman said that Ahmad was given a light punishment of a ‘one-month extra duty’ after a military trial.

Dahun said, “Cute Abiola has been placed on one-month extra duty after he was tried. He will be in charge of cleanship; supervising painting, electricians, carpentry, cutting of grasses, and others. He will be supervising civilians.

“He is no longer under detention. He has been released to move around to serve his punishment.

“Because he was detained on November 15, that one month will start counting from then, which means he is going to be engaged till December 15. By then, he will be off the extra duty.”

A military source, who spoke with The Punch correspondence on the condition of anonymity, explained that an extra duty means that the comedian is the “Minister of Works in the Barracks” for the period of the punishment.

The source also said Cute Abiola should know better as a military man and should not have appeared in a police uniform in one of his skits, let alone ridicule the sister agency in the process.

Lawyer to Cute Abiola, Fatai Adebanjo, in an interview confirmed the development and expressed delight, saying the wife and mother of the Kwara-born comedian who had been distressed since the ordeal began would be relieved.

Adebanjo said, “We appreciate the Nigerian Navy for the consideration and we know that we are counting days for him to rejoin his family”.