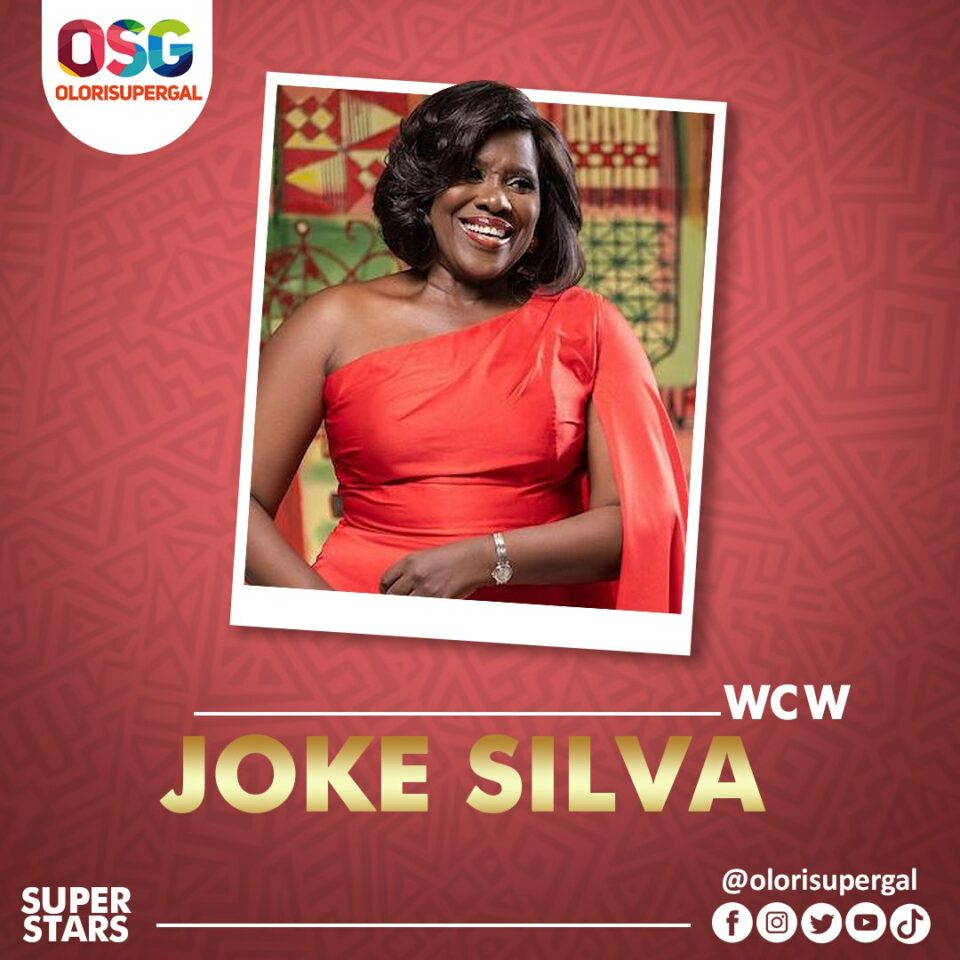 Joke Silva, is a veteran Nigerian actress, director, and businesswoman.

Having graduated from the University of Lagos and the Webber Douglas Academy of Dramatic Art in London, she began her career in film in the early 1990s. In 1998 she had a major role, starring opposite Colin Firth and Nia Long in the British-Canadian film The Secret Laughter of Women.

In 2004, she received recognition as a Member of the Order of the Federal Republic, one of Nigeria’s National Honours, at the International Conference Centre in Abuja.

Joke Silva is married to veteran Nollywood actor, Olu Jacobs. The couple founded and operate the Lufodo Group, a media corporation that consists of film production, distribution assets, and the Lufodo Academy of Performing Arts.

She is also the pioneer managing director of Malete Film Village, in association with Kwara State University.