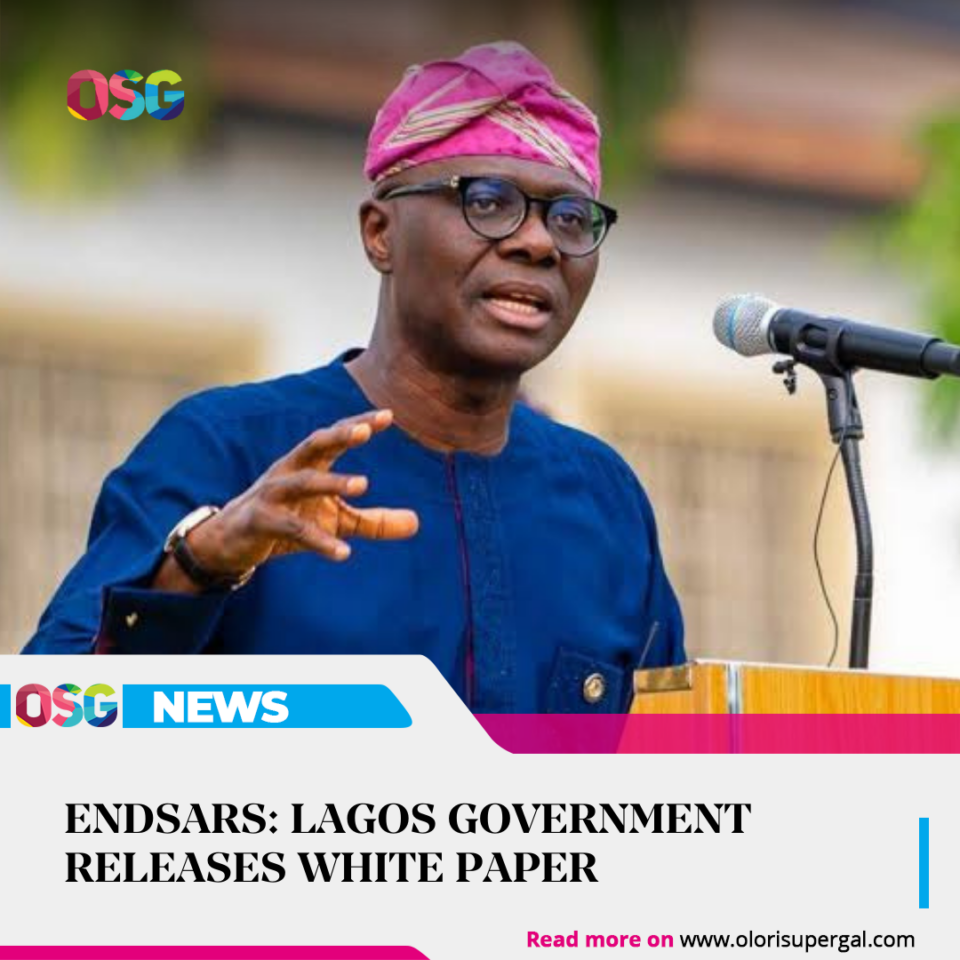 The Lagos State Government has released its White Paper on the report by the EndSARS Judicial panel that probed the Lekki toll gate incident of 20th October 2020.

The Babajide Sanwo-Olu administration faulted the panel’s report that nine persons were killed at the toll gate when soldiers stormed the protest ground to disperse the protesters.

In the White Paper released on Tuesday night, the government described the claim of the panel that nine persons were shot dead as “assumptions and speculations”.

In a short statement, Gboyega Akoshile, the Chief Press Secretary to Sanwo-Olu, said one of the recommendations of the panel was rejected.

In the statement titled, ‘Highlight of the Lagos Government White Paper On The Lekki Incident Investigation’, he said, “Out of the 32 Recommendations made by the JPI in its Report of 15th November 2021, Government accepted 11, rejected one, and accepted six with modifications.

“Fourteen recommendations fall outside the powers of the Lagos State Government and will be forwarded to the Federal Government for consideration. Let the healing begin.”

The Lagos State Judicial Panel of Inquiry on Restitution for Victims of SARS-related Abuses and Other Matters had on 15th November 2021, submitted its report after which Sanwo-Olu set up a White Paper committee.

According to the leaked report of the judicial panel, at least nine #EndSARS protesters were killed at the Lekki tollgate on October 20, 2020.

The report listed 48 names as those who were casualties of the Lekki incident of October 20, 2020.

Among the 48 casualties listed, 24 sustained gunshot injuries, while 15 others were assaulted by soldiers and police.

The judicial panel was inaugurated on October 19, 2020, to look into complaints of citizens against human rights abuses by the police. But following the incident at the Lekki Toll Gate on October 20, 2020, the Terms of Reference of the panel were expanded to cover that incident.

The panel sat for over one year, listening to testimonies of petitioners, witnesses, experts, and lawyers.

The panel treated 235 petitions and awarded N410 million as compensation to 70 victims.