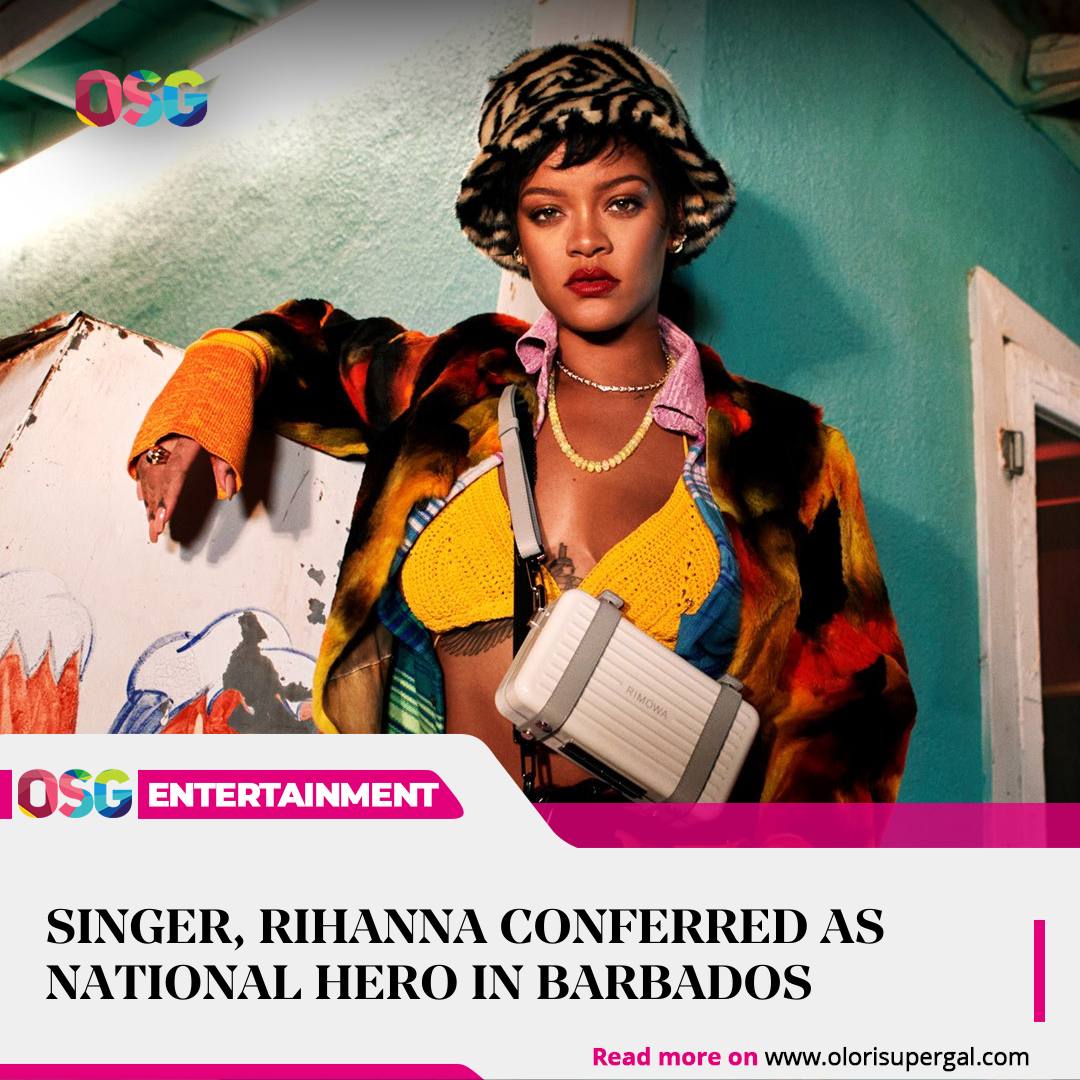 Barbadian music star and business mogul, Robyn Rihanna Fenty was conferred as a National Hero in Barbados as the Caribbean country became a republic.

According to Metro UK, the award-winning singer was honoured as the 11th National Hero during the presidential inauguration ceremony at Bridgetown where Barbados was officially named a republic.

Barbadian Prime Minister, Mia Mottley, in a speech, highlighted the singer’s achievements, saying, “Commanding the imagination of the world through the pursuit of excellence, her creativity, her discipline, and above all else, her extraordinary commitment to the land of her birth.

“Having satisfied that Ambassador Robyn Rihanna Fenty has given service to Barbados which has been exemplified by visionary and pioneering leadership, extraordinary achievement and the attaining of the highest excellence to the Government of Barbados.”

Mottley added, “My Government has the distinct honour of recommending to the president who has kindly and graciously accepted that Ambassador Robyn Rihanna Fenty shall have conferred upon her the order of National Hero of Barbados.”

During the event, the 33-year-old singer who became an Ambassador of Barbados in 2018, met with Prince Charles, who represented his mother at the historic event.