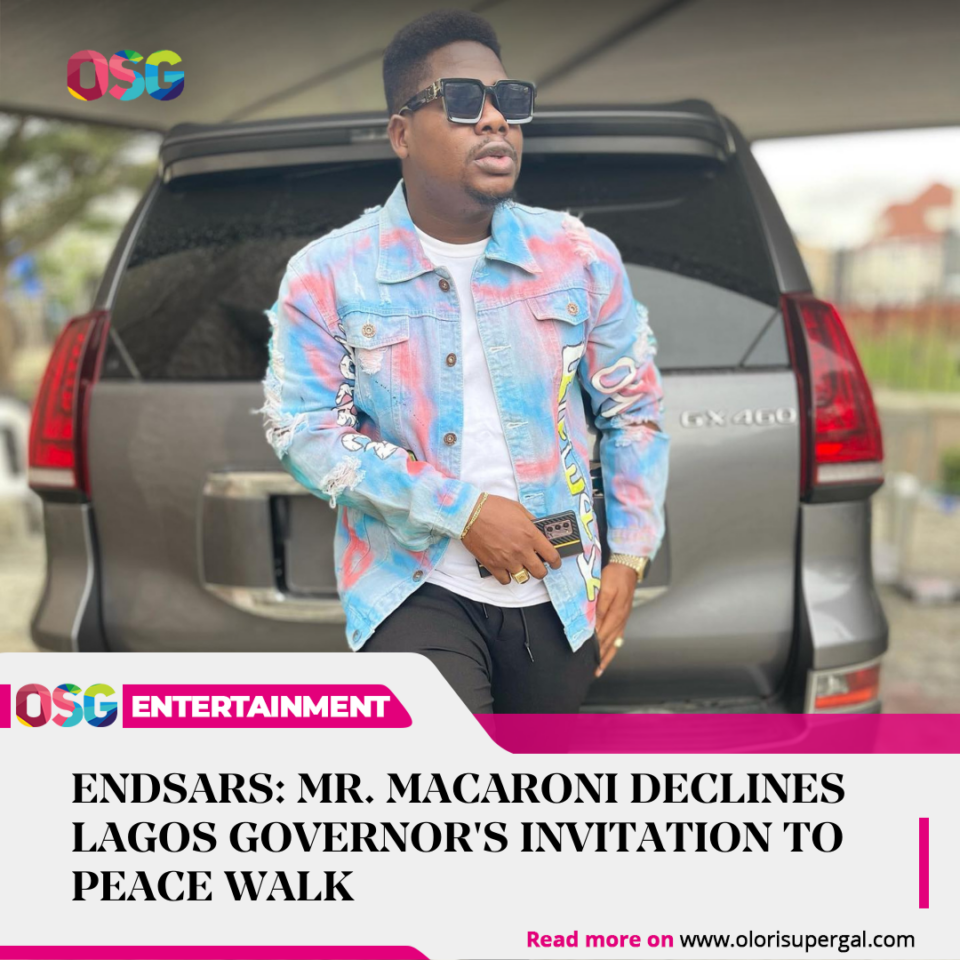 Debo Adebayo better known as Mr. Marcaroni has rejected the invite by the Lagos State Governor, Babajide Sanwo-Olu, to a peace walk for “the healing of Lagos” in December.

The governor invited Mr. Macaroni and others to join him in the “historic march for our dear Lagos.”

“I humbly decline the invitation of Mr. Governor” – Adebayo tweeted via @mrmacaroni, he continued by urging the government to begin implementing the recommendations made by the Lagos Panel if they truly wanted peace.

He also said he was not ready for any walk, adding that the last “walk” he had, he was stripped naked and dehumanised.

However, he noted in his thread that he was not at war with anyone, but wants the lives of Nigerians to be treated fairly and just.