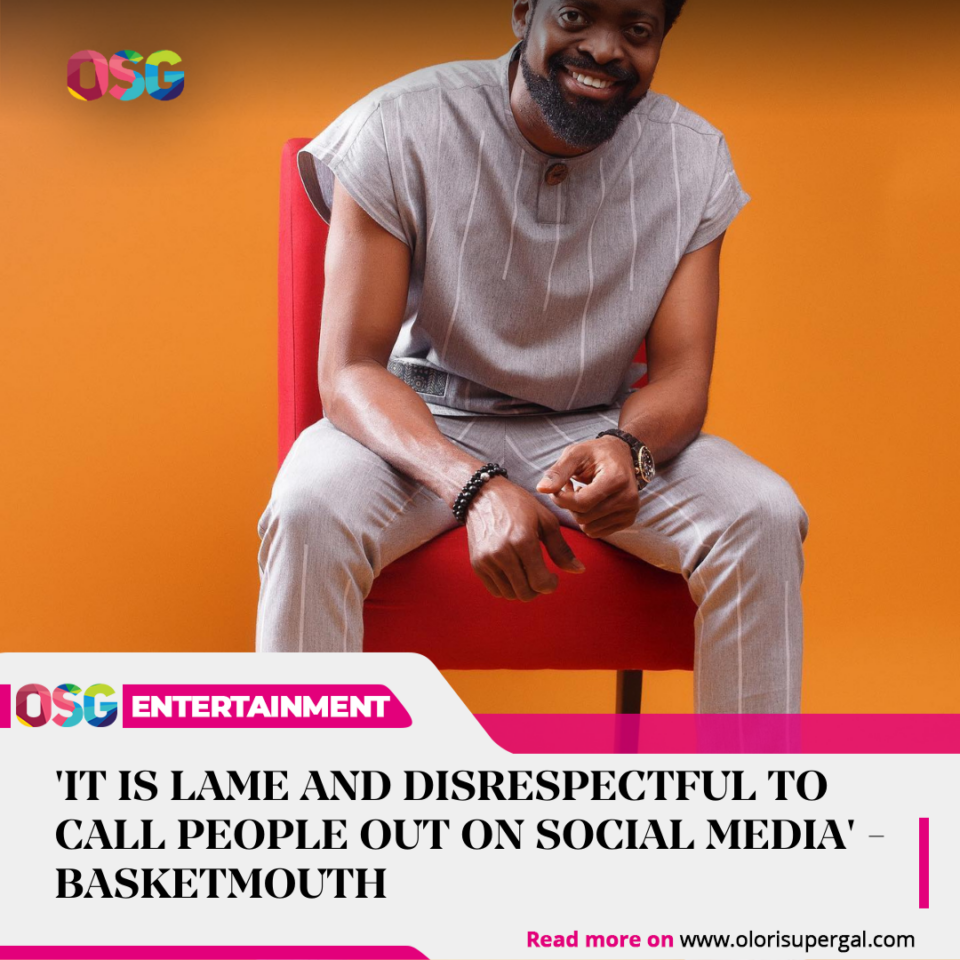 Nigerian comedian, Bright Okpocha better known as Basketmouth, has given reasons why it is disrespectful and lame to call people out on social media.

The 43-year-old noted on his Instagram story that it is totally unnecessary to call anyone out on social media especially if you have phone numbers.qa

“There are two ways to call people. 1. A phone call and 2. Social media call out. The latter is lame and disrespectful. Especially when you have their phone number”.

The comedian’s post may not sound strange to many as social media calling out has been reinvented as the new means of settling scores, among celebrities and influencers on social media.