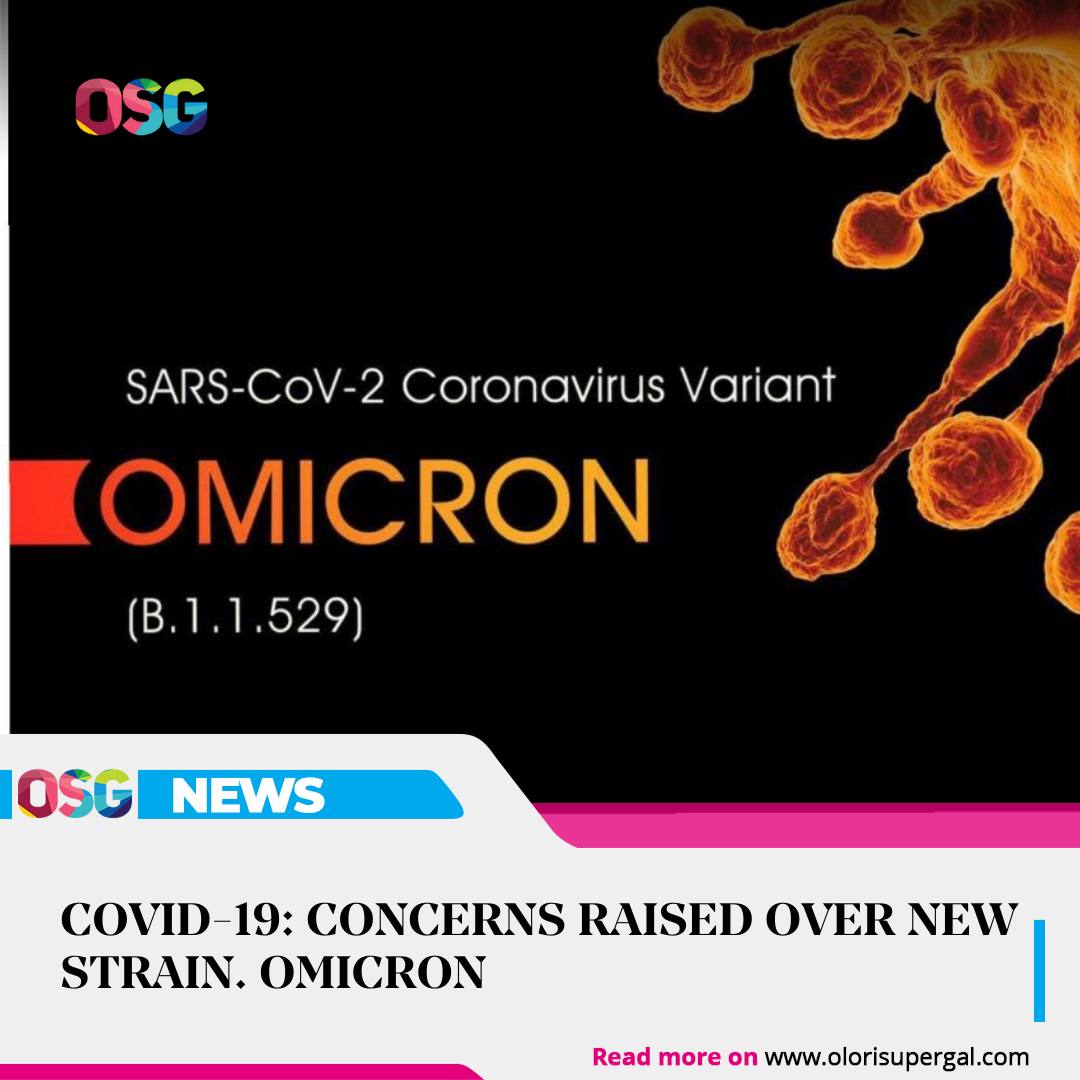 The World Health Organization has declared the recently discovered B.1.1.529 strain of the coronavirus disease which was detected in Southern Africa as a variant of concern.

The classification of the variant, which was tagged “omicron,” was announced in a statement issued by the global health agency.

“Based on the evidence presented indicative of a detrimental change in COVID-19 epidemiology, the WHO has designated B.1.1.529 a ‘variant of concern’ named ‘OMICRON’. This variant has a large number of mutations, some of which are concerning, preliminary evidence suggests an increased risk of reinfection with this variant as compared to other variants of concern”.

WHO technical lead on COVID-19, Maria Van Kerkhove, while urging people to reduce their chances of contracting the virus said “We understand that people are concerned, what is really important as an individual is to lower your chances of exposure”.

Reports show that following the detection of the new strain, certain countries across the world have banned flights to Southern Africa.

In response, Britain banned all travel from the country and five other southern African nations, namely Botswana, Eswatini, Lesotho, Namibia, and Zimbabwe starting at noon local time on Friday.

On Thursday, Israel also announced that it was barring its citizens from travelling to South Africa. The travel restriction for its citizens also included Lesotho, Botswana, Zimbabwe, Mozambique, Namibia, and Eswatini to its highest-risk travel list. Belgium and Saudi Arabia have also suspended flights to the Southern African country.

Thailand said Saturday it will ban travellers from eight southern African countries where a new Covid-19 strain has emerged.

“Thank You For Making My Life Better” ...