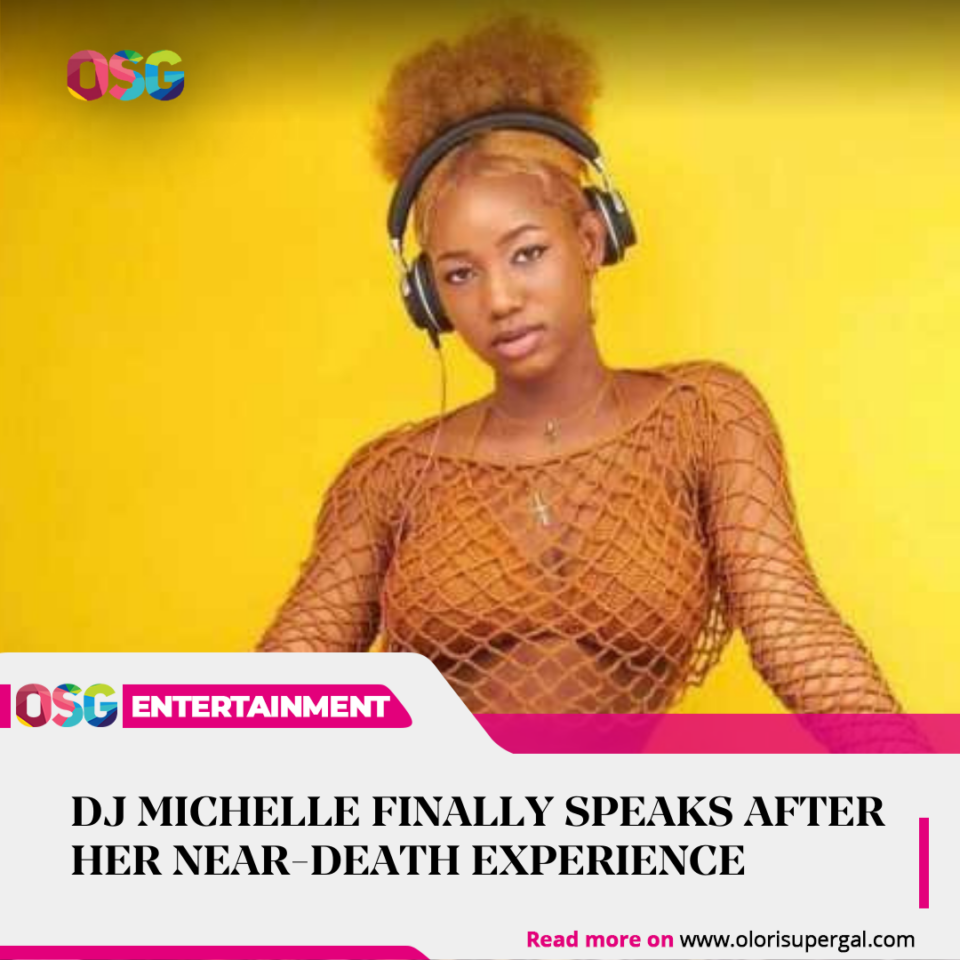 Nigerian Disk Jockey, Michelle, opens up after her near-death experience at a beach in Lagos.

Recall that the 21-year-old DJ was swept away by water at the beach on Thursday, 18th November 2021.

Her sister took to her Instagram story to mourn her hours after she was presumed dead.

The DJ was found some hours after being presumed dead by residents of the beach, who also said they had never seen anyone being rescued from the sea.

Her sister also went on live to celebrate her sister’s come back. Michelle also took to her Instagram page days after to address her followers.

She thanked God and the man who saved her, thanked those who reached out to her.

She also warned her fans of fake pages who were spreading rumors and misinforming others.