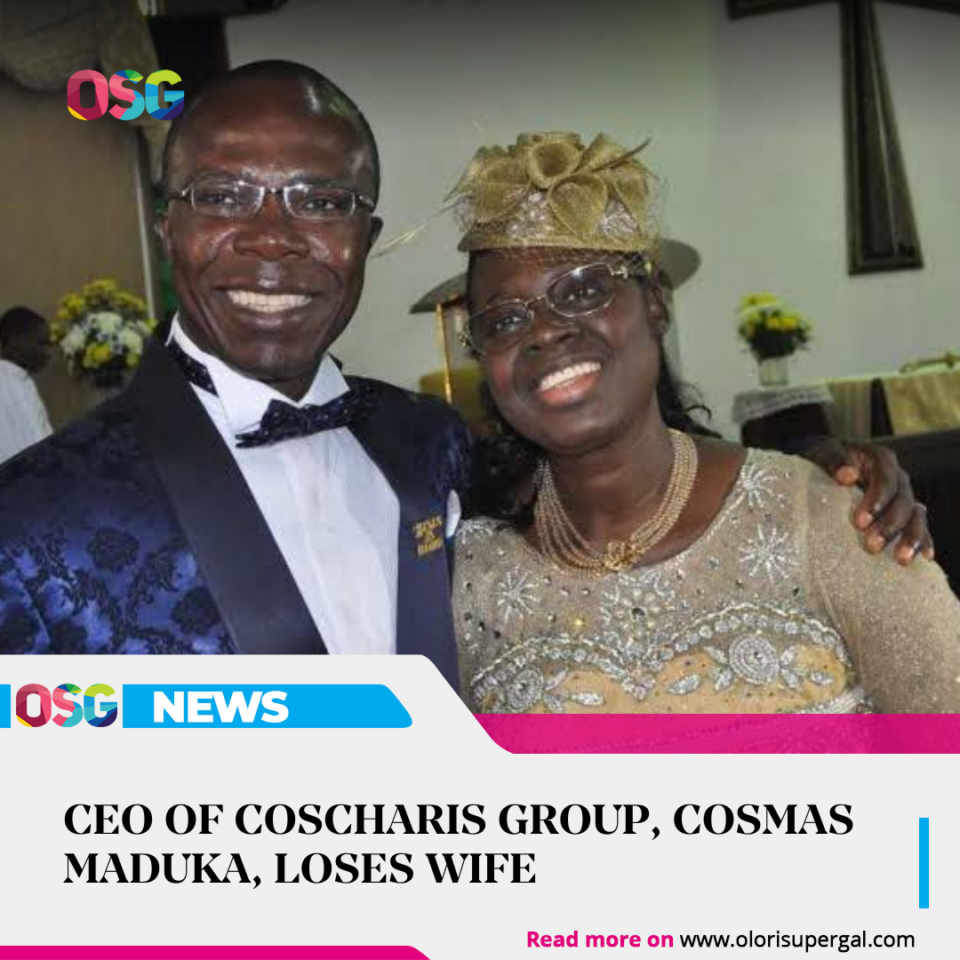 Mrs. Maduka until her death was the Vice-President and co-owner of Coscharis Group founded by her husband.

“In her capacity, she was once the Executive Director supervising the Administrative, Legal, Works / Maintenance, Export, Technologies teams of the organization from 1984 – 2003. Under her tutelage, she was able to grow the business by creating value via the various strategic departments she supervised within the organization.

“As a board member of the group, in the year 2005, she later became the Executive Chairman / COO of two of the subsidiaries of the Coscharis Group namely Coscharis Beverages Limited and Coscharis Properties Limited respectively which she manages till date. Mrs. Charity Maduka is a trained professional teacher and caterer.

“She is happily married since 1978 to her soul-mate in person of Dr. Cosmas M. Maduka, the President / CEO, Coscharis Group and blessed with four wonderful sons and a daughter who are all intelligent children poised for greatness in life”.