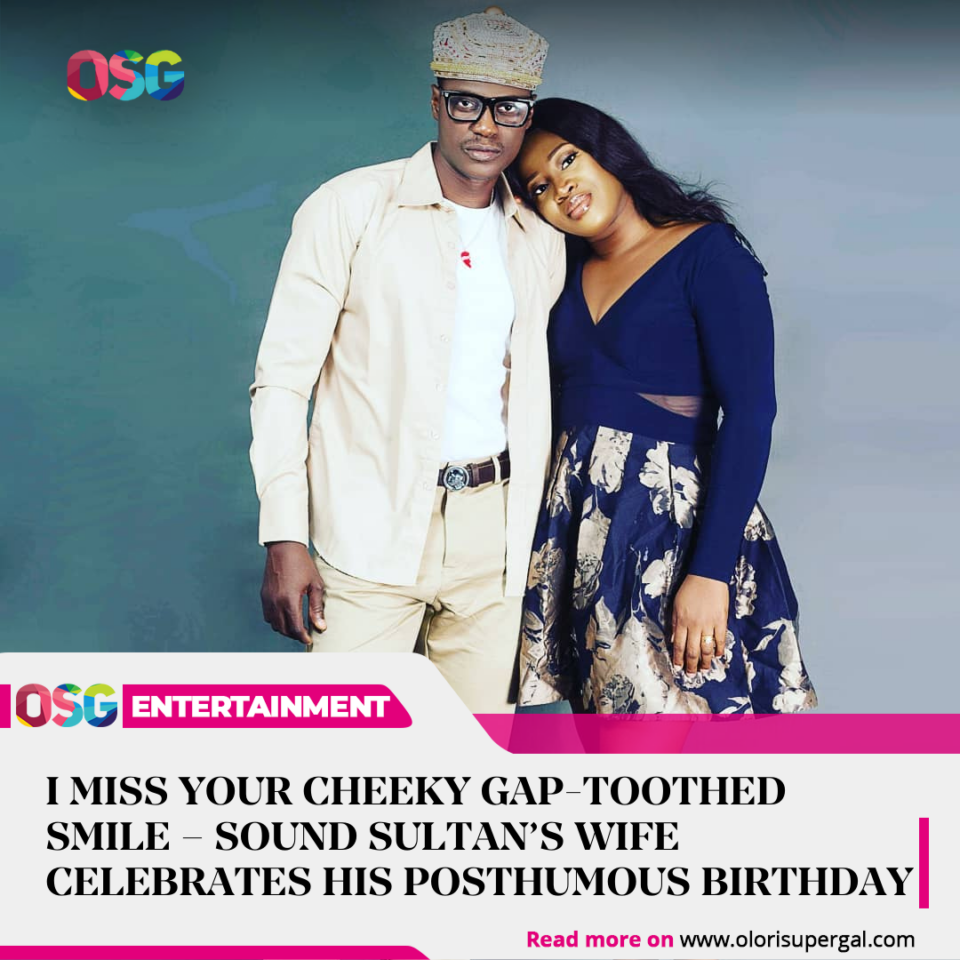 The mother of three took to her Instagram page to post a throwback video of her late husband on his supposed 45th birthday and showered encomium on him.

I miss your cheeky gap-toothed smile…I miss your jokes…I miss waking up to guitar strings…Even more, I miss our inside jokes…

“It’s your birthday today. I’ll forever celebrate all that you’ve been to me. I love you, forever and always lnna lillahi wa Inna ilayhi rajiun”.

Sound Sultan died on Sunday 11th July 2021 at the age of 44, of Angioimmunoblastic T- Cell Lymphoma (a form of throat cancer) in the United States of America and was buried a few hours later according to Muslim’s rites.

Sound Sultan was born on 27th November 1976. He was a rapper, singer, songwriter, actor, comedian, and recording artist. He was regarded as one of the pacesetters of modern hip-hop music in Nigeria.

In 1991, he had taken an interest in music, miming at school parties and writing his own lyrics. He attributes his early influence to his elder brother Baba Dee who studied theatre arts, and received most of his early-stage experience through Baba Dee.

He started learning how to play the guitar after his secondary school education and was in a band by 1999.

Sound Sultan’s career in show business started in the 1990s when he hosted shows to raise money for studio sessions. By 1999, he had won numerous local talent-hunt shows. He released his first single “Jagbajantis” in 2000, which was a hit in Nigeria.

After independently releasing other singles and featuring in hit songs of other artists, he was signed by Kennis Music.

Under Kennis Music, he released four albums. By 2007, his contract with the label expired and he partnered with Baba Dee to start Naija Ninjas, a parent organization for a record label, production outfit, and clothing line.

After starting as a rapper, he has worked in different musical genres from R&B to Afrobeat, soul, and Nigerian Fuji music. He has said that artists shouldn’t be judged on the genre in which they perform, that the important thing is the message conveyed in the music.

Under Naija Ninjas, he released Back From The Future (2010) and signed artists such as Karma Da Rapper, Young GreyC, Shawn, and Blacka.

Glo has made our Christmas – Enugu ...