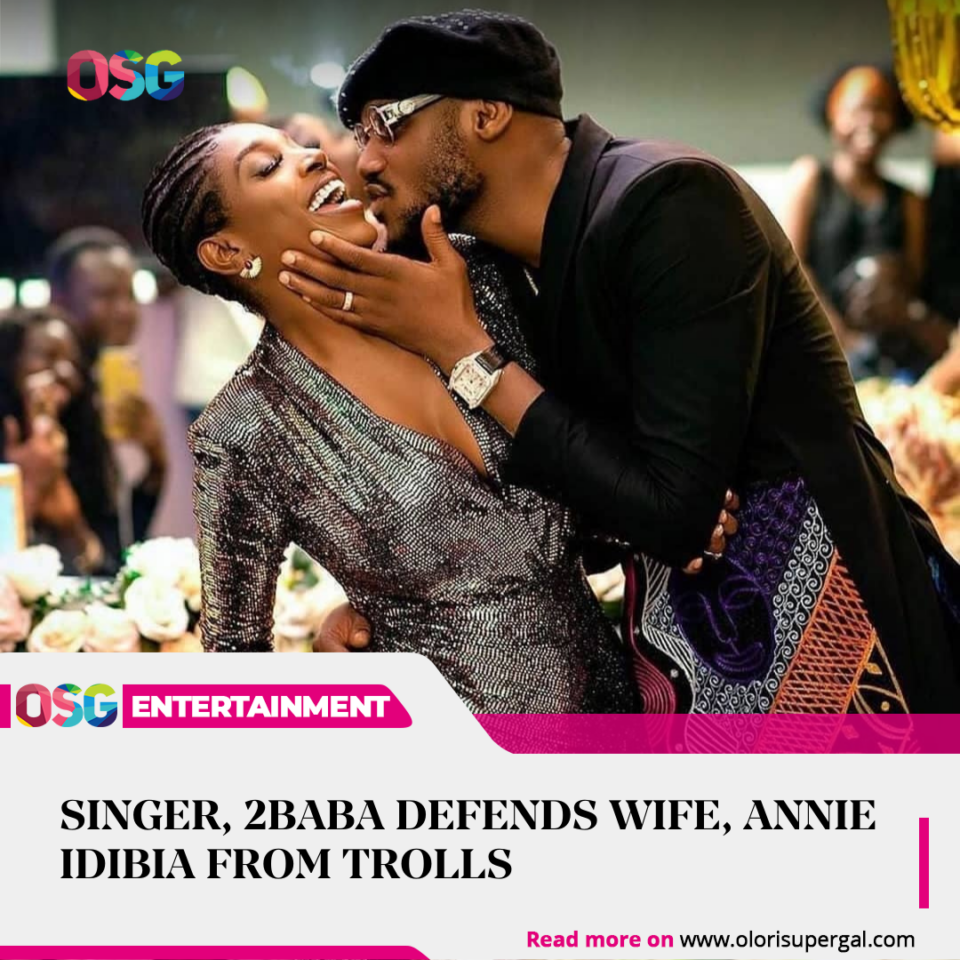 Music Icon, Innocent Idibia better known as 2Baba has taken to Instagram to celebrate his wife Annie Idibia while slamming those attacking her on social media.

Recall on Monday, 22nd November, the singer and one of the mothers of his children, Perosaiyemi Adeniyi, reacted after a troll left a nasty comment on the page of their son ‘Justin’ on Instagram.

However, things took another turn after trolls accused Annie of using a fake account to write the nasty comment.

Reacting on the morning of Wednesday, 24th November, 2Baba took to his Instagram page to stand up for Annie and also celebrate her.

Recall the family had issues in September that caused Annie to call out both 2Baba and Pero for allegedly having an affair. Although the couple has settled their issues, other matters such as Pero suing Annie to court still got tongues wagging.