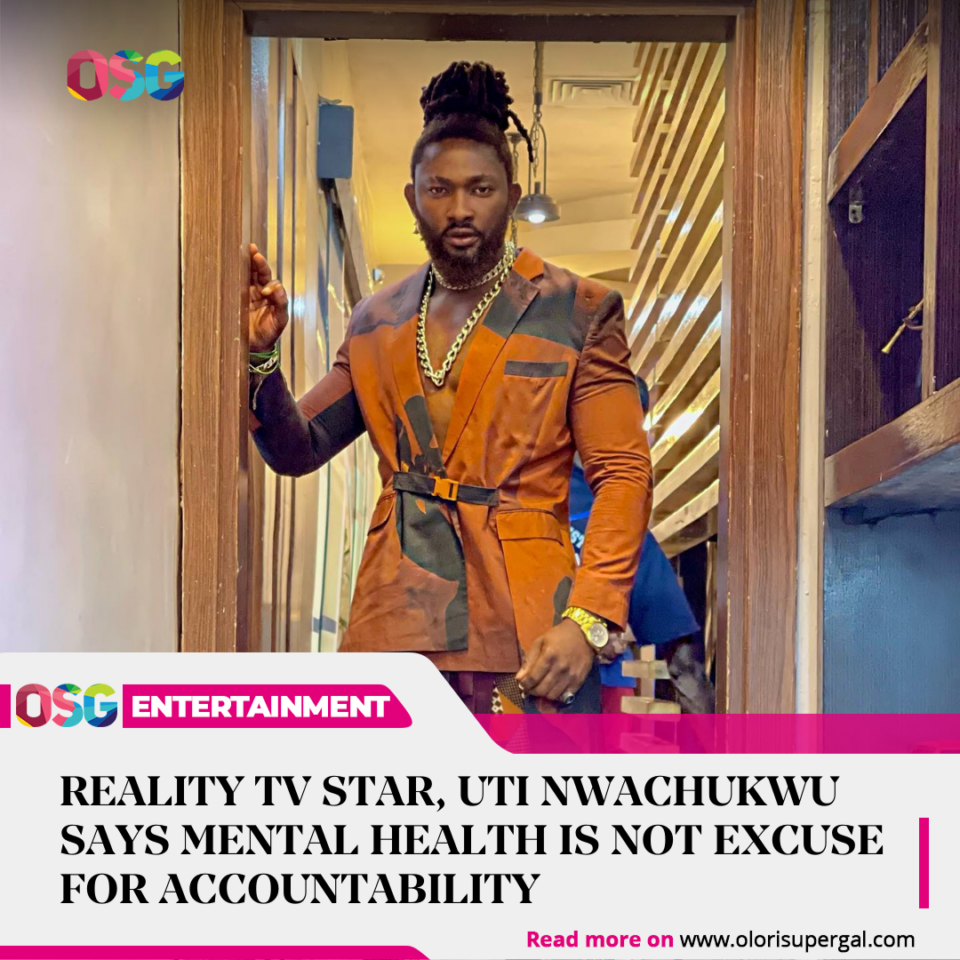 Former Big Brother Africa star, Uti Nwachukwu, took to Twitter to write about people who use mental health as an excuse to avoid accountability and responsibility.

In his tweet, he said people use “mental health” as an escape from what they should have done, instead of taking responsibility.