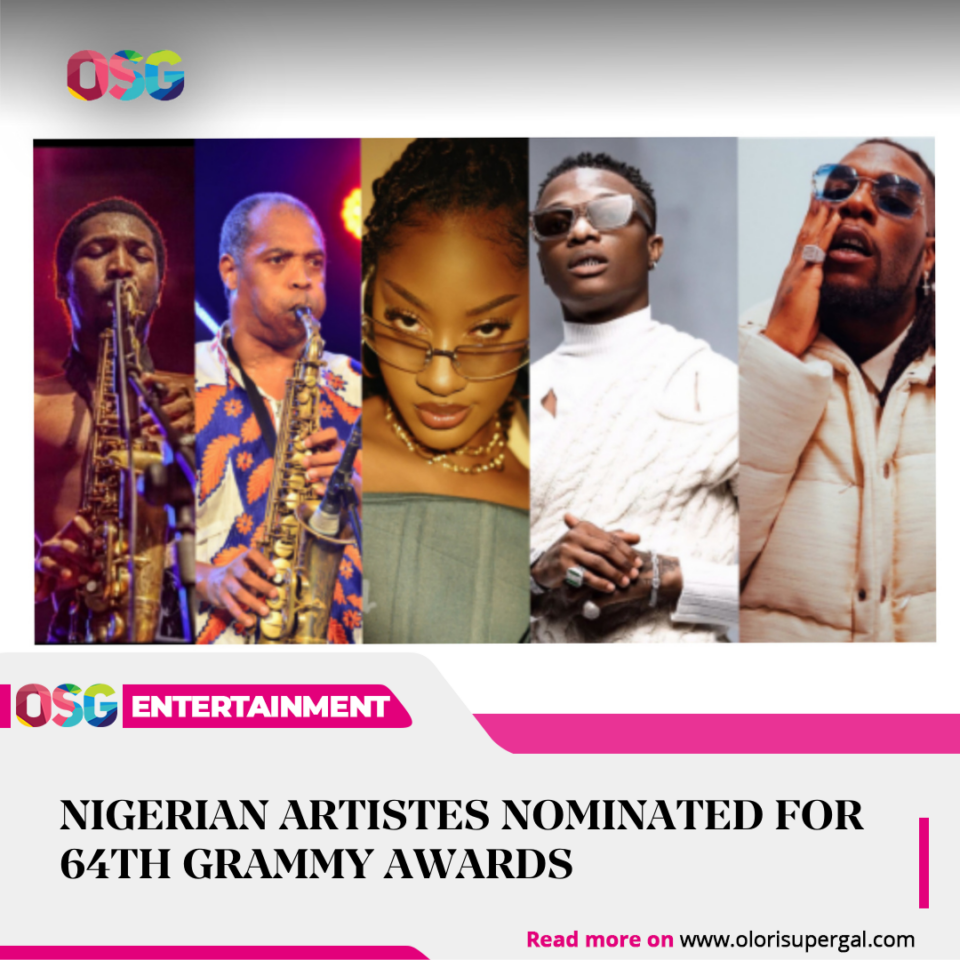 Nigerian music superstar, Wizkid has bagged two nominations at the 64th Grammy Awards announced on Tuesday by the Recording Academy.

The Academy announced the nominations for each of the 86 categories for the 2022 GRAMMYs Awards show holding early next year — The awards will be presented on Monday, 31st January 2022.

Wizkid was nominated alongside fellow Nigerians — Femi Kuti, Burna Boy, and Tems — for Best Global Music Performance at The Grammys.

The Nigerian Afrobeat star also has his ‘Made in Lagos’ album nominated for Best Global Music Album at The Grammys, alongside Femi Kuti and Made Kuti’s ‘Legacy +’, Angelique Kidjo’s ‘Mother Nature’ and Rocky Dawumi’s ‘Voice of Bunbon Volume’.

Afrobeat legend, Femi Kuti and his son Made have also been named among nominees for the 2022 edition of the Grammy Awards.

Both artistes were selected for their Legacy+ album featuring tracks like ‘Stop The Hate’ and ‘Na Bigmanism Spoil Government’.

This will be Made Kuti’s first Grammy nomination, the 25-year-old who is the son of Femi Kuti and grandson of legend, Fela Kuti.