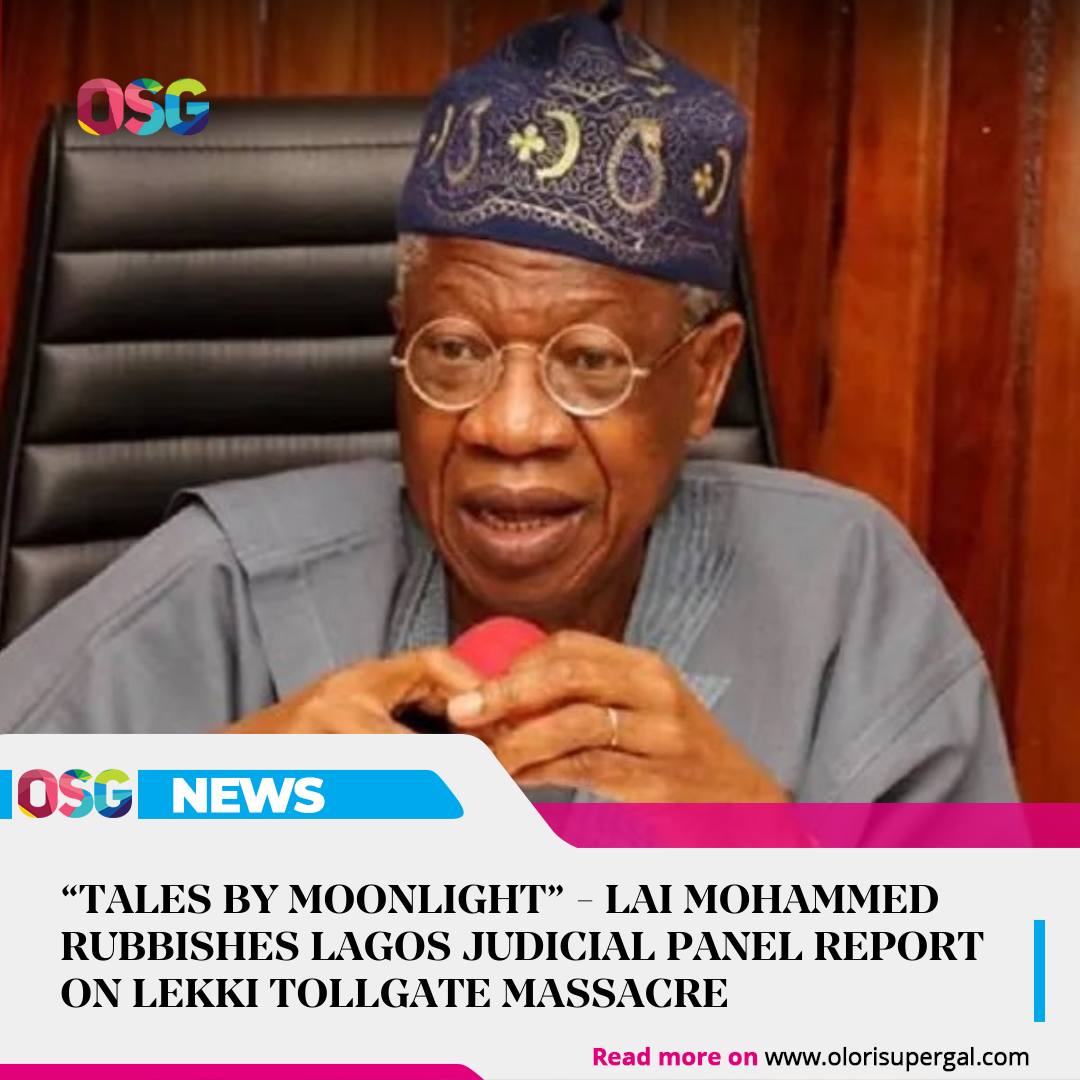 The Minister of Information and Culture, Lai Mohammed, on Tuesday, insisted that there was no “massacre” at the Lekki toll gate on October 20, 2020.

Mohammed, who also described the leaked report of the Lagos State panel as fake, stated this at a press conference in Abuja on Tuesday, 23rd November.

The nine-member panel had in its leaked report alleged that at least nine persons were killed at the Lekki toll plaza when soldiers and policemen stormed the scene to disperse protesters on October 20, 2020.

However, Mohammed described the allegations as “tales by moonlight”.

He said it was shocking that the same allegations made by Nigerians were merely compiled and submitted as a report by the panel set up to investigate the claims of police brutality.

“It is an intimidation of the majority by a minority,” Mohammed submitted.

Recall that the panel in its 309-page reports presented to the Lagos State Governor, Babajide Sanwo-Olu on 15th November 2021, indicated the soldiers and officers of the 65 Battalion of the Nigerian Army and Police.

The Lagos State Governor, however, constituted a Committee to bring forward a White Paper to be considered by the Lagos State Executive Council.