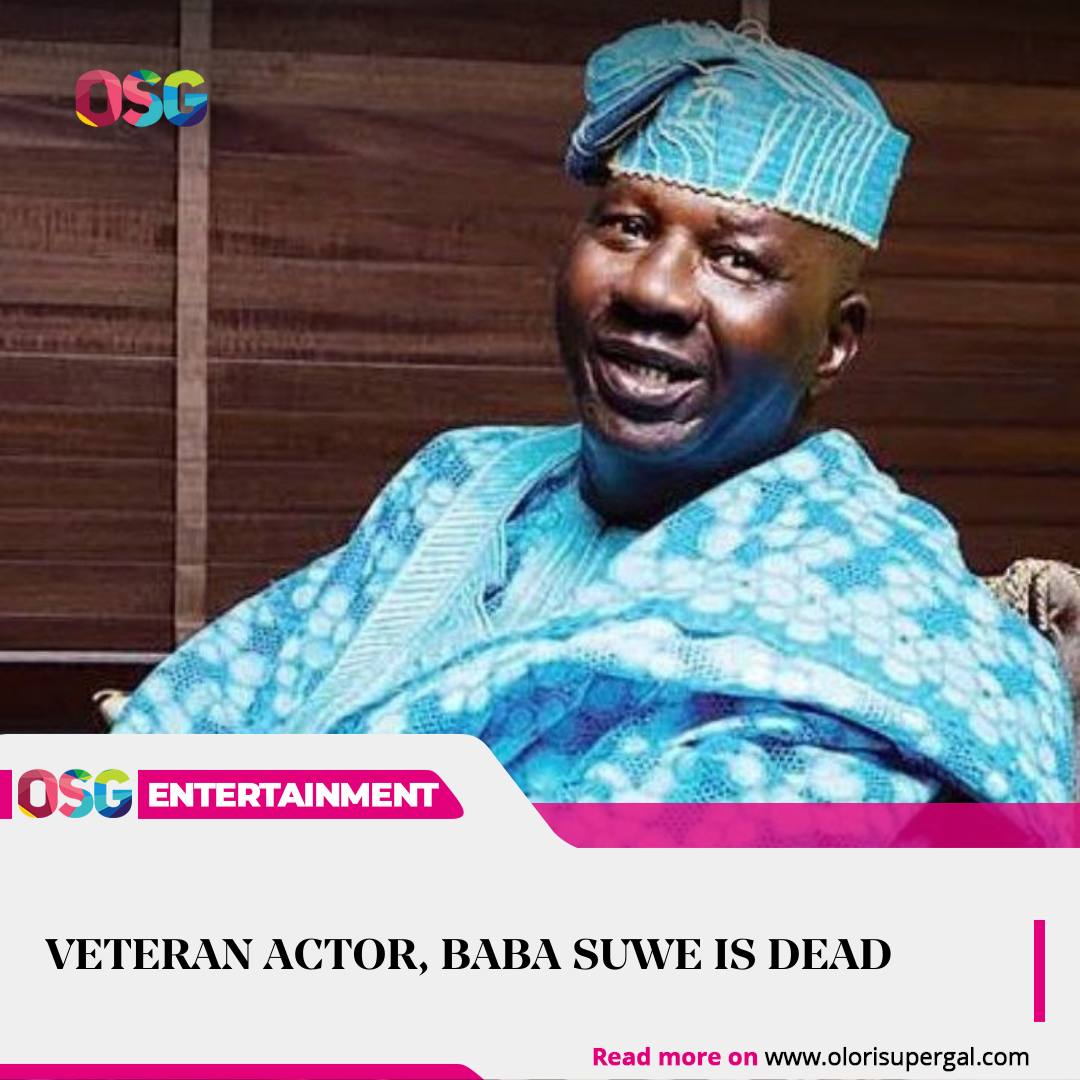 The death of the actor died was announced on Monday, 22nd November 2021 by his son, Adesola Omidina.

“This is to announce the sudden death of my father Mr. Babatunde Omiidina. The legend and rare gem “ Babasuwe “ 11/22/21. Other details will follow shortly! May your soul rest in perfect peace Dad. Signed: Adesola Omidina”.

BabaSuwe Born on August 22, 1958, in Inabere Street in Lagos Island where he grew up but hails from Ikorodu local government area of Lagos State.

Omidina had his primary education at Jamaitul Islamial Primary School in Lagos and Children Boarding School, Osogbo before he proceeded to Adekanbi Commercial High School in Mile 12, Lagos state but obtained the West African School Certificate from Ifeoluwa Grammar School in Osogbo, the capital of Osun State, southwestern Nigeria.

Omidina began acting in 1971 but came into the limelight after he featured in a movie titled, Omolasan, a film produced by Obalende.

In 2011, he was accused of cocaine trafficking by the National Drug Law Enforcement Agency, an allegation that was described as false and defamatory by the ruling of the Lagos State High Court. His solicitor was the late Bamidele Aturu, a Nigerian lawyer and human rights activist.