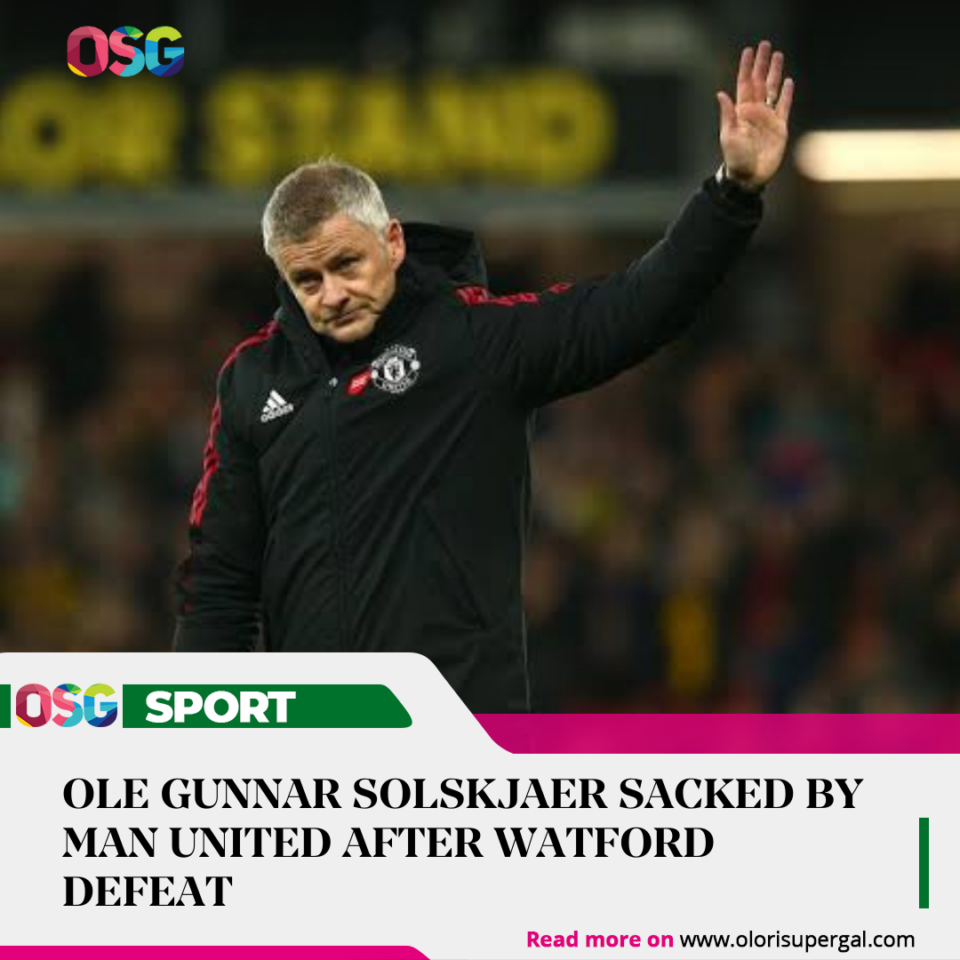 Ole Gunnar Solskjaer, the manager of Manchester United has been sacked after an embarrassing” 4-1 defeat at Watford.

The club has confirmed that Solskjaer’s assistant Michael Carrick will be placed in temporary charge, with the club looking to appoint an interim manager until the end of the season.

Recall that Solskjaer signed a new three-year deal in July but leaves after overseeing five defeats in their last seven Premier League matches – a run which sees them 12 points behind leaders Chelsea.

Earlier in November, the Old Trafford hierarchy had ignored increasingly vociferous calls to relieve Solskjaer of his duties in the wake of a humiliating 5-0 loss to rivals Liverpool and a 2-0 derby defeat to Manchester City.

“Ole will always be a legend at Manchester United and it is with regret that we have reached this difficult decision. While the past few weeks have been disappointing, they should not obscure all the work he has done over the past three years to rebuild the foundations for long-term success.

“Ole leaves with our sincerest thanks for his tireless efforts as manager and our very best wishes for the future. His place in the club’s history will always be secure, not just for his story as a player, but as a great man and a manager who gave us many great moments. He will forever be welcome back at Old Trafford as part of the Manchester United family”.