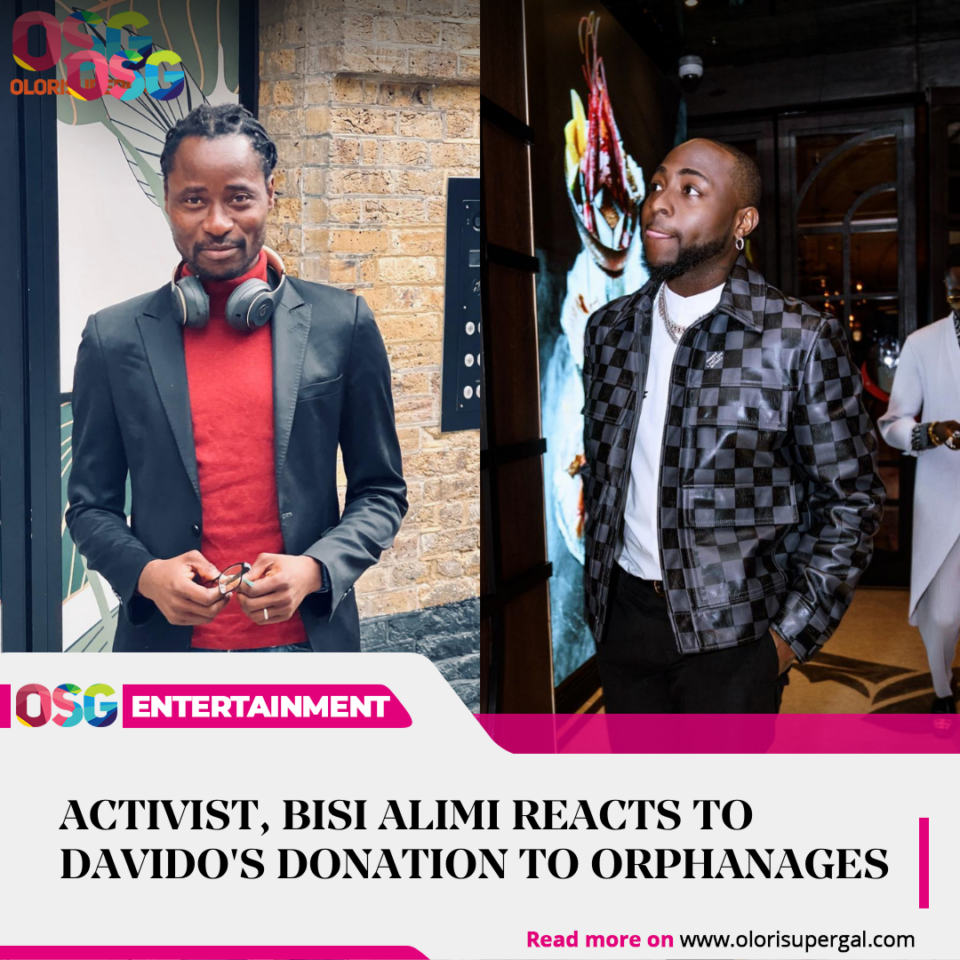 Bisi Alimi took to social media to react to the manner of approach singer, Davido used in raising and donating funds for orphanage homes in Nigeria.

The LGBTQ activist took to his Instagram story to share his thoughts. He noted that if Davido had stated the money was for charity, many would not donate.

He also complained about how it was wrong of Davido to “deceive” Nigerians to get the money.

Recall, Davido had recently held a series of donations to himself from friends and family and then donated all to charity.