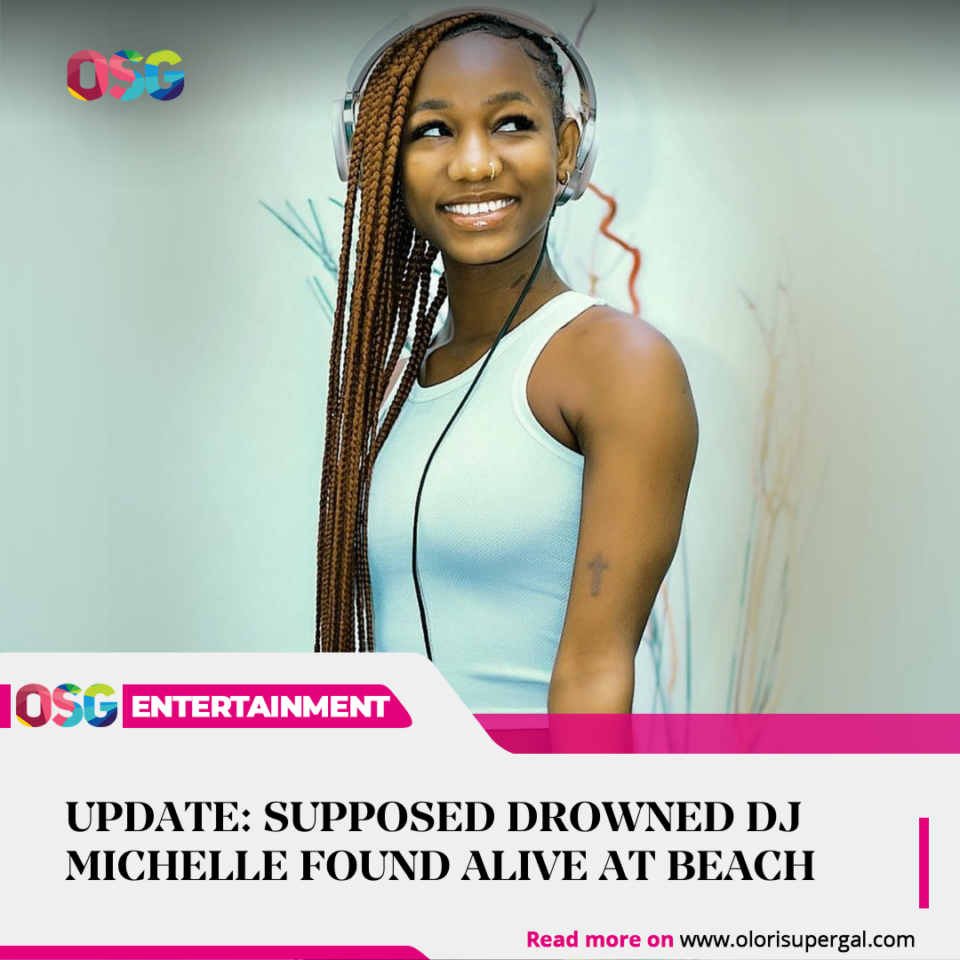 A fast-rising disc jockey, Michelle Abesin, who reportedly drowned at a Lagos beach on Thursday, 18th November has been found alive.

Her sister, Stella, who raised the alarm on Thursday, went on Instagram Live to show DJ Michelle who was retrieved from the water.

In the video, surprised eye-witnesses were saying that they haven’t seen such a thing before.

Someone in the video stated that no one has ever been recovered from the beach alive, with others telling the DJ to be grateful to God.

The recovered DJ was seen removing sand from her body in her sister’s Instagram live video.

Recall that earlier on Thursday, the aggrieved sister uploaded a picture of Michelle with the caption, “God why? Ahh Michelle”.

Expressing shock, she wrote, “I’m in shock. God don’t let this be the end. I need a miracle right now. My sister can’t be gone”.

In her latest video, however, Stella was delighted by DJ Michelle’s survival.

“He Has Dementia” – Nollywood Veteran Actress, ...