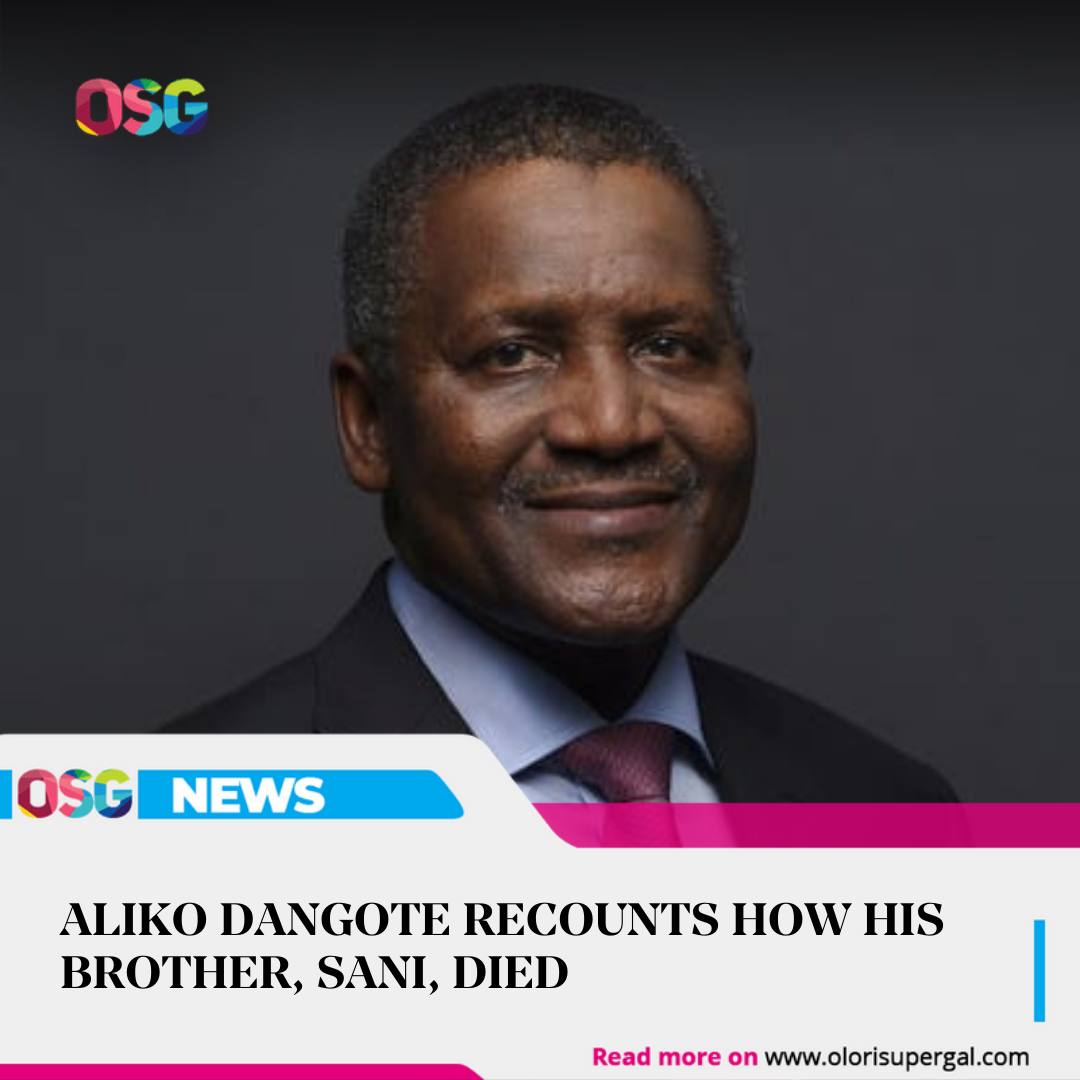 Chairman and CEO of Dangote Group, Aliko Dangote, has recounted how his younger brother, Sani Dangote, died at a hospital in the United States.

Sani who was the Vice President of Dangote Groups, died in the US on Sunday, 14th November, after battling Cancer.

The billionaire shared his experience while receiving the national leader of the All Progressives Congress (APC), Bola Ahmed Tinubu and the governor of Kano State, Abdullahi Umar Ganduje at his Kano residence on Friday, 19th November.

Dangote said he, their mother, and Sani’s children were by his bed when he died.

He noted that it was more painful for them when the doctors told them his brother had about one hour more before his death.

He said, “It was painful because he died in front of me, our mother, and children”.

He said he was personally broken seeing his brother’s life leaving his body through the machines in the hospital.

He said, “The visit will help us to reduce the pain especially for myself because we grew together. It was painful when they tell us he was going to die in a few hours and we had to watch him take his last breath”.