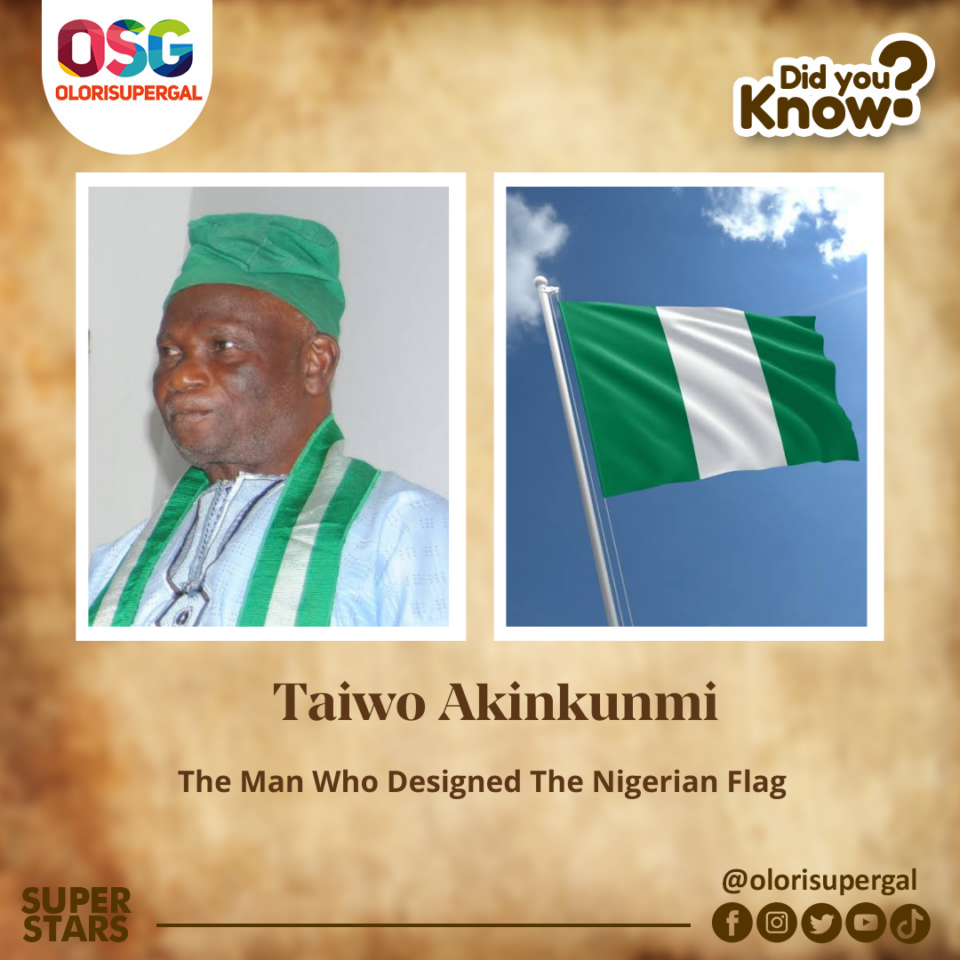 A young scholar, by the name of Michael Taiwo Akinkunmi, designed the Nigerian flag in 1959.

At the time, Taiwo was a 23-year-old student at the Norwich Technical College in London, England, when he came across an advertisement requesting submissions for the design of the new national flag of Nigeria.

Taiwo’s original design contained a red radiating sun badge in the central white vertical stripe, with green vertical bands on either side. However, judges voted for the removal of the badge from the national flag, which has remained unchanged since its adaptation in 1959. 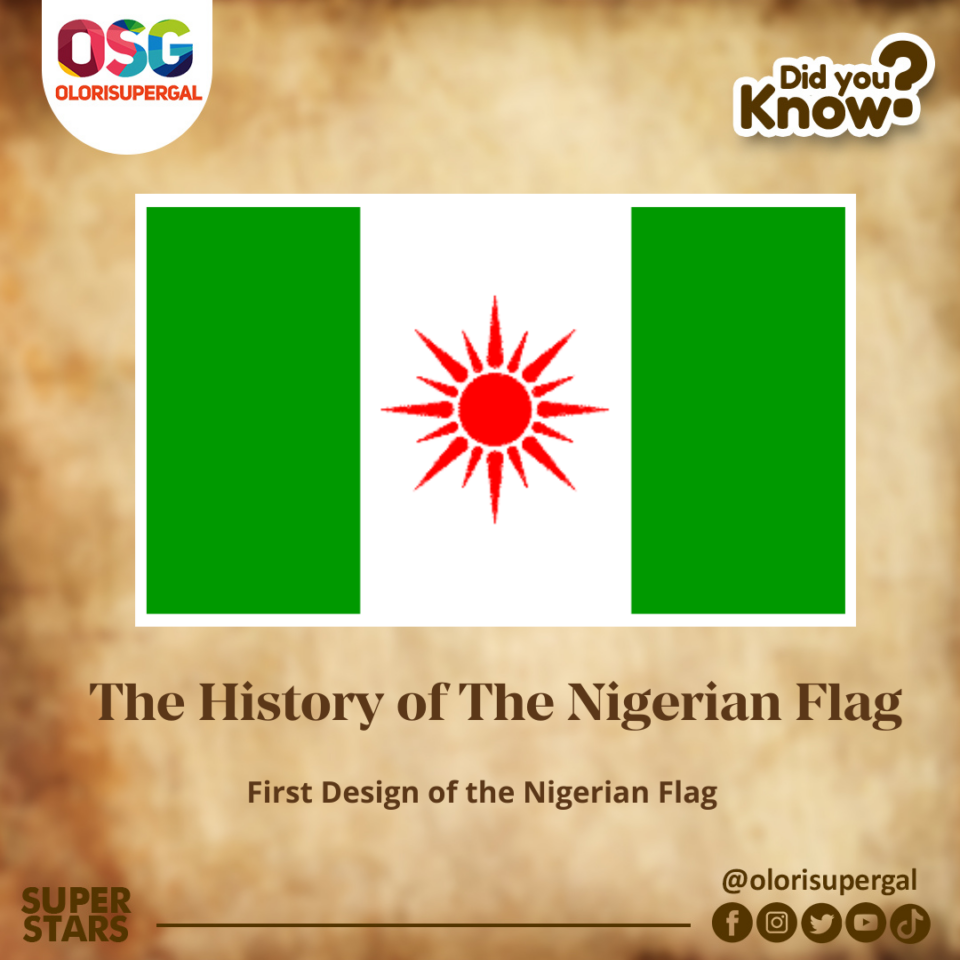 The flag was first officially flown when Nigeria became independent from the United Kingdom on 1st October 1960.

The flag is a national symbol, an instrument of the state’s sovereignty, and a representation of authority.

The flag illustrates the history, vision, and ambitions of the Nigerian people. No emblem or flag should be placed or flown higher than the flag of Nigeria as a sign of ultimate respect.

It is also flown at half-mast as a sign of respect during memorial days or state funerals.

During processions, the bearer of the flag is always positioned at the front and must be dressed appropriately. Also, if there are several flags, such as non-national and the Nigerian national flag, the latter should be at the front and placed higher than the rest.

Displaying of the national flag on vehicles is reserved for special dignitaries only, and must be placed at the right fender of the car chassis or the radiator cap. These dignitaries include the president, the vice president, speaker of the house of representatives, senate president, state governors,  chief justice of the federation, etc.

The Nigerian coat of arms and the flag ordinance of 1960 set the rule governing the use of the national flag, and have made it illegal or unlawful to display or misuse the flag. Old, worn out and dirty flags should never be displayed out in public as this is considered a sign of dishonor to the country. Instead, they should be destroyed or changed immediately.

The presidential flag, reserved for use by the president of Nigeria, differs from that used by the masses. The flag features the national tribe and the coat of arms in the center as shown below.