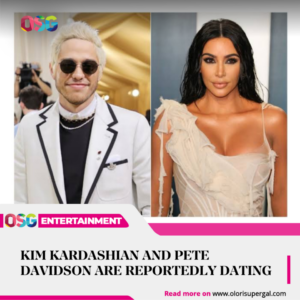 The news of their budding romance comes after several dates in Davidson’s native New York City and Kardashian’s hometown of Los Angeles.

The comedian and Saturday Night Live Show star most recently traveled to California for his birthday on Tuesday and spent time with American Rapper, Flavor Flav at the “Keeping Up With the Kardashians” alum’s mom Kris Jenner’s Palm Springs mansion.

The photographic evidence of the odd grouping also raised concerns as Davidson, the reality star, and Jenner, 66, wore matching pajamas.

Kardashian and Davidson were first spotted holding hands on a ride at Knott’s Scary Farm in Southern California on 29th October, shortly after her “SNL” hosting gig — where the pair shared a kiss during a sketch.

Both Kim and Pete have been on different dates but this would be their first public appearance together, as they are photographed holding hands.

While Kim is busy with Davidson, her estranged husband, Kanye West, is rumored to be dating model Vinetria.

West and Vinetria’s romance appeared to take a more serious turn when the rapper, 44, and the social media influencer, 22, attended their first public event together: his Donda Academy’s debut basketball game in Minneapolis.

Recall that Kim filed for divorce in February from Ye, with whom she shares four children: North, 8, Saint, 5, Chicago, 3, and Psalm, 2.

Davidson, on his part, was previously engaged to Ariana Grande and has also dated Cazzie David, Kate Beckinsale, and Phoebe Dynevor. 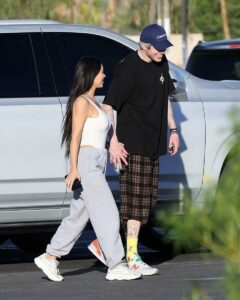 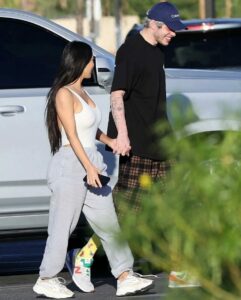 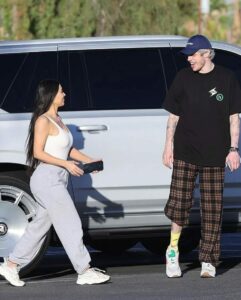 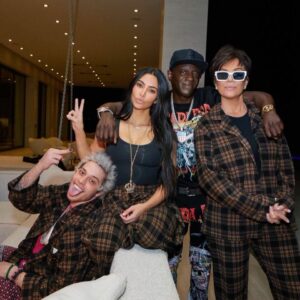