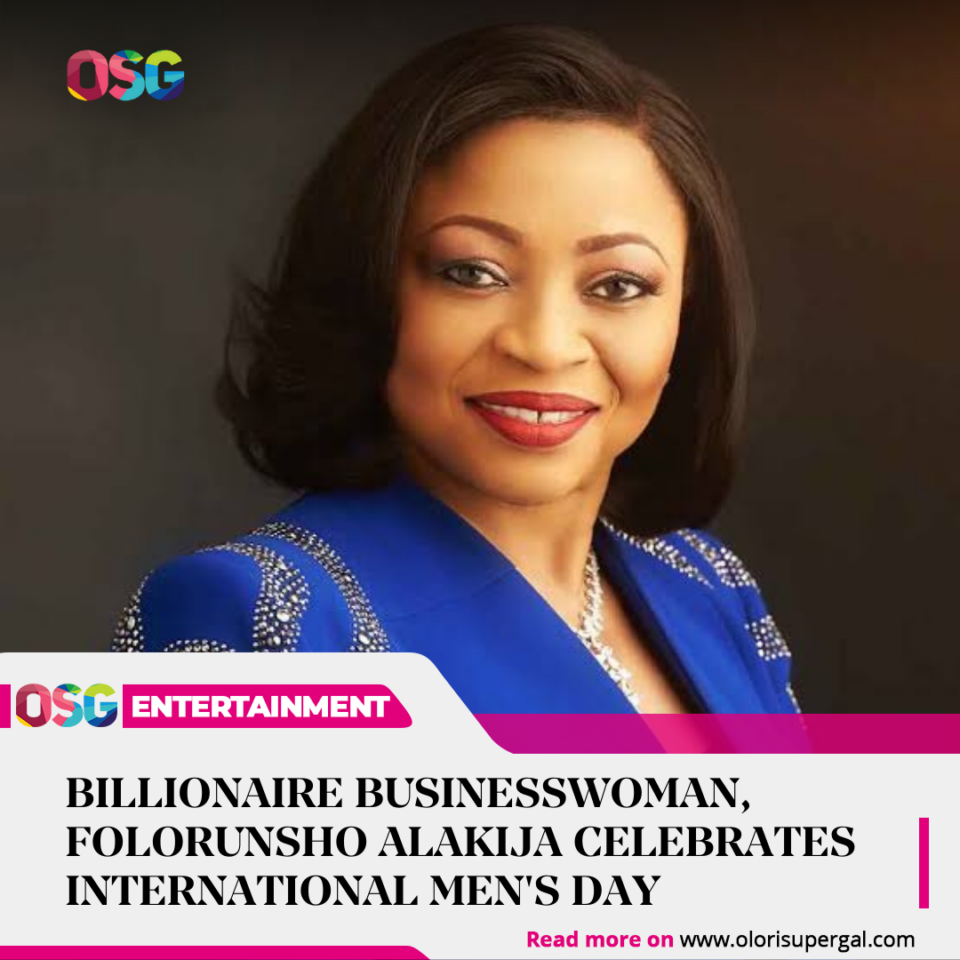 The philanthropist noted that men are just as much in need of celebration and support as women.

She shared a picture of herself on her official Instagram page and wrote,

“Today is International Men’s Day. You may wonder why we need a day apart to celebrate men”.

“According to World Health Organization, across the world, suicide rates are significantly higher for men compared to women.

“Like women, men are also imprisoned by unrealistic societal expectations and stereotypes.

“It is my opinion that men are just as much in need of celebration and support as women. A thriving society cannot be possible without equal focus on both genders

“I celebrate all the incredible men who are positive role models to young ones and a loving pillar of strength to their families and communities.”