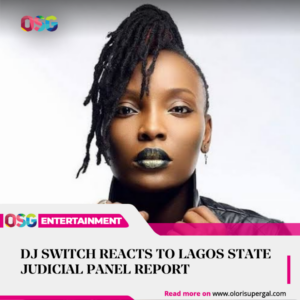 The panel in its 309-page reports presented to the Lagos State Governor, Babajide Sanwo-Olu on 15th November 2021, indicated the soldiers and officers of the 65 Battalion of the Nigerian Army and Police.

In her reaction on Twitter, DJ Switch said so many lives were shattered and they tried to destroy her life too.

Read what she said below.