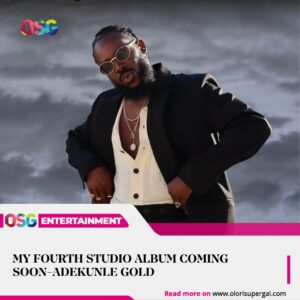 AG baby as he is sometimes referred to took to his Instagram page on a Saturday to reveal that his album would soon be released. He also thanked his fans as he concluded his international tour.

“Tonight, I performed at Pittsburgh, the final show of the AG Baby lnYa City tour.

“It’s been an absolute pleasure watching y’all sing my songs back to me. I had so much fun meeting and singing my heart out to y’all.

“Thanks for rocking with the boy. I’ll be back next year and it’ll be much bigger. Also, my 4th studio album is coming soon!

“Get ready for my best work yet! All my love.”

The just-concluded tour began in August and the singer visited different cities in the United States during the period.