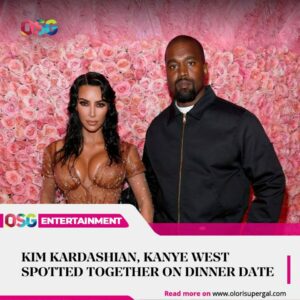 Kim Kardashian and Kanye West continue to prove that they are the friendship after they were pictured as they went out on a dinner date with their friends on Thursday night, September 30, in Malibu, California

The 40-year-old reality TV star and the 44-year-old rapper got into the same car with Kanye in the driver seat and Kim taking the passenger seat and their pals in the back.

Kim, put her curves on display in a skin-tight purple catsuit while Kanye looked casual in a T-shirt, pants, and sneakers.

Recall that Kim filed for divorce from Kanye in February after nearly seven years of marriage. Together they share four kids – North, 8, Saint, 5, Chicago, 3, and Psalm, 2.

However, it appears the couple have been working on coming back together. Kim shocked fans when she joined Kanye on stage wearing a wedding dress at Kanye’s Donda listening event in August.